Little Rock’s public housing authority is moving to terminate its contract with a local attorney to investigate allegations of wrongdoing levied by the agency’s executive director.

The move is a response to an order Monday from the Little Rock field office of the U.S. Department of Housing and Urban Development to either terminate the contract or provide documents to prove its legality, with a deadline of Wednesday.

“Under the provision provided by the field office, cease and detest [sic] the contract of Mr. Leon Jones and Pinnacle Strategy Group,” Kenyon Lowe, chairman of the Metropolitan Housing Alliance board of commissioners, wrote to acting Executive Director Andy Delaney.

The Arkansas Democrat-Gazette obtained the email in an Arkansas Freedom of Information Act request. The email did not include the date in which Lowe contacted Delaney, but Lowe said Wednesday that he sent it Monday.

As of Friday, he could not be reached for further comment.

A Housing and Urban Development regional spokesperson did not respond when asked if the Metropolitan Housing Alliance’s efforts were sufficient to meet the department’s demands and deadline.

The housing authority enlisted Leon Jones Jr.’s firm, Pinnacle Strategy Group, to investigate agency Director Nadine Jarmon’s claims, listed in a memo to the field office and the Little Rock mayor’s office on June 23. Jarmon said the commissioners repeatedly engaged in unnecessary spending, sidestepped federal approvals and had conflicts of interest with parties involved in transactions with the housing authority.

She also requested the removal of all five commissioners, who are self-appointing but subject to approval from the city mayor and board of directors.

The board voted unanimously at a June 29 meeting to hire Jones, to suspend Jarmon with pay for the duration of the investigation and to put Delaney in Jarmon’s post during that time.

One problem with the agency’s contract with Jones, according to Monday’s letter from Little Rock field office director Anthony Landecker, is that it did not name the source of the funds the agency will use to pay Pinnacle Strategy Group. The contract would have to meet certain federal requirements in order for restricted Section 9 public housing funds to be the source of the payment.

Lowe’s note to Delaney asked him to use “non-restrictive funds” to pay Jones for the work he had already done and for which he had submitted an invoice.

Jones told the Arkansas Democrat-Gazette on Tuesday that he had just received a copy of Jarmon’s memo the previous week and “started reading through some of the documents.” He said his anticipated next step was to discuss the allegations and supporting documents with Jarmon.

Jones could not be reached for further comment from Wednesday onward, saying he was out of town.

Arkansas law allows housing authorities “to conduct examinations and investigations.” At a special board meeting Tuesday, Lowe again cited this portion of state law as the basis for the contract with Jones.

The letter from Landecker, however, said the contract went against both the Code of Federal Regulations and the Metropolitan Housing Alliance’s procurement policy. For example, the $160,000 maximum payment to Pinnacle Strategy Group, as stipulated in the contract, exceeded the housing authority’s “small purchase threshold” of $100,000, listed in the procurement policy.

“Although this was done under State Law and designated by the Board as to the investigation itself would be conducted as the Law allows, [the] investigation will be conducted from a different venue,” Lowe wrote in his memo to Delaney.

None of the commissioners or executive staff mentioned the effort to terminate the contract with Jones at Tuesday’s meeting, and the board did not vote on the issue. Instead, Lowe read aloud his response to Landecker’s letter on behalf of the board, calling Jarmon’s allegations a “conspiracy.”

Jarmon’s letter in June marked the latest episode of strife between the Metropolitan Housing Alliance’s chief executive and its board. The agency has seen four different directors in the past three years.

Criticizing the Police Shouldn't Be a Hate Crime

Sun Jul 25 , 2021
Earlier this month, a California college student passing through Utah wanted to show contempt for a sheriff’s deputy who stopped her friend, so she defiled a pro-police sign. The cop watched, then arrested her. Now she has been charged with a hate crime and faces possible jail time under a […] 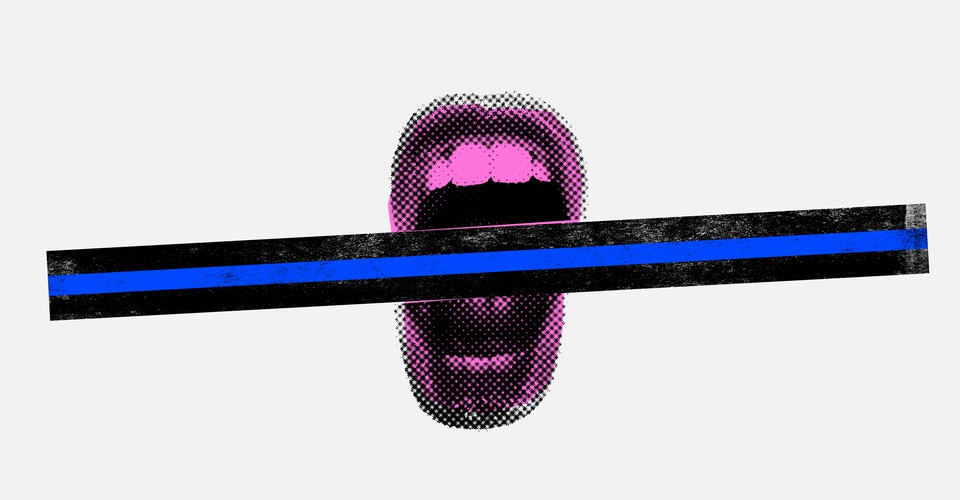