The Punjab and Haryana High Court has ruled that a Muslim girl, over 16 years of age, is competent to enter into a contract of marriage with the person of her choice.

The ruling came in a case where the teenager solemnised ‘nikah’ with a 36-year-old man in accordance with the Muslim rites and ceremonies.

The matter was brought to Justice Sudip Ahluwalia’s notice after the couple filed a protection petition. Appearing before the Bench through videoconferencing, counsel Sanchit Punia submitted both the petitioners were Muslim and decided to perform ‘nikah’ after they fell in love.

Punia submitted this was their first marriage. He relied upon the High Court decisions to contend that puberty and majority (adulthood) were one and the same in Muslim law and that there was a presumption that a person attained majority at the age of 15 years. It was further contented that a Muslim boy or a girl, who attained puberty, was at liberty to marry anyone he or she liked and the guardian had no right to interfere.

Punia added the life and liberty of the petitioners was in grave danger at the hands of respondent-relatives. The petitioners submitted a representation to the Yamunanagar Superintendent of Police. But action was not taken.

Justice Ahluwalia asserted the girl was aged above 16. In the case of “Yunus Khan”, it was noted that a Muslim girl’s marriage was governed by the personal law of the Muslims.

“The law, as laid down in various judgments, is clear that the marriage of a Muslim girl is governed by the Muslim Personal Law. As per Article 195 from the book ‘Principles of Mohammedan Law by Sir Dinshah Fardunji Mulla’, the petitioner over 16 years of age was competent to enter into a contract of marriage with a person of her choice…. Both the petitioners are of marriageable age as envisaged by Muslim Personal Law,” Justice Ahluwalia asserted.

“The court cannot shut its eyes to the fact that the apprehension of the petitioners needs to be addressed. Merely because the petitioners have got married against the their family wishes, they cannot possibly be deprived of the fundamental rights as envisaged in the Constitutio,” Justice Ahluwalia asserted, while disposing of the petition.

Justices seem to split with senators, DOJ on interpretation of drug sentencing law

Tue May 4 , 2021
The justices are expected to issue a ruling by the end of the term at the end of June. Tuesday marked the last day of arguments for this term. In 2010, a law known as the Fair Sentencing Act changed the threshold for how much crack cocaine defendants had to […] 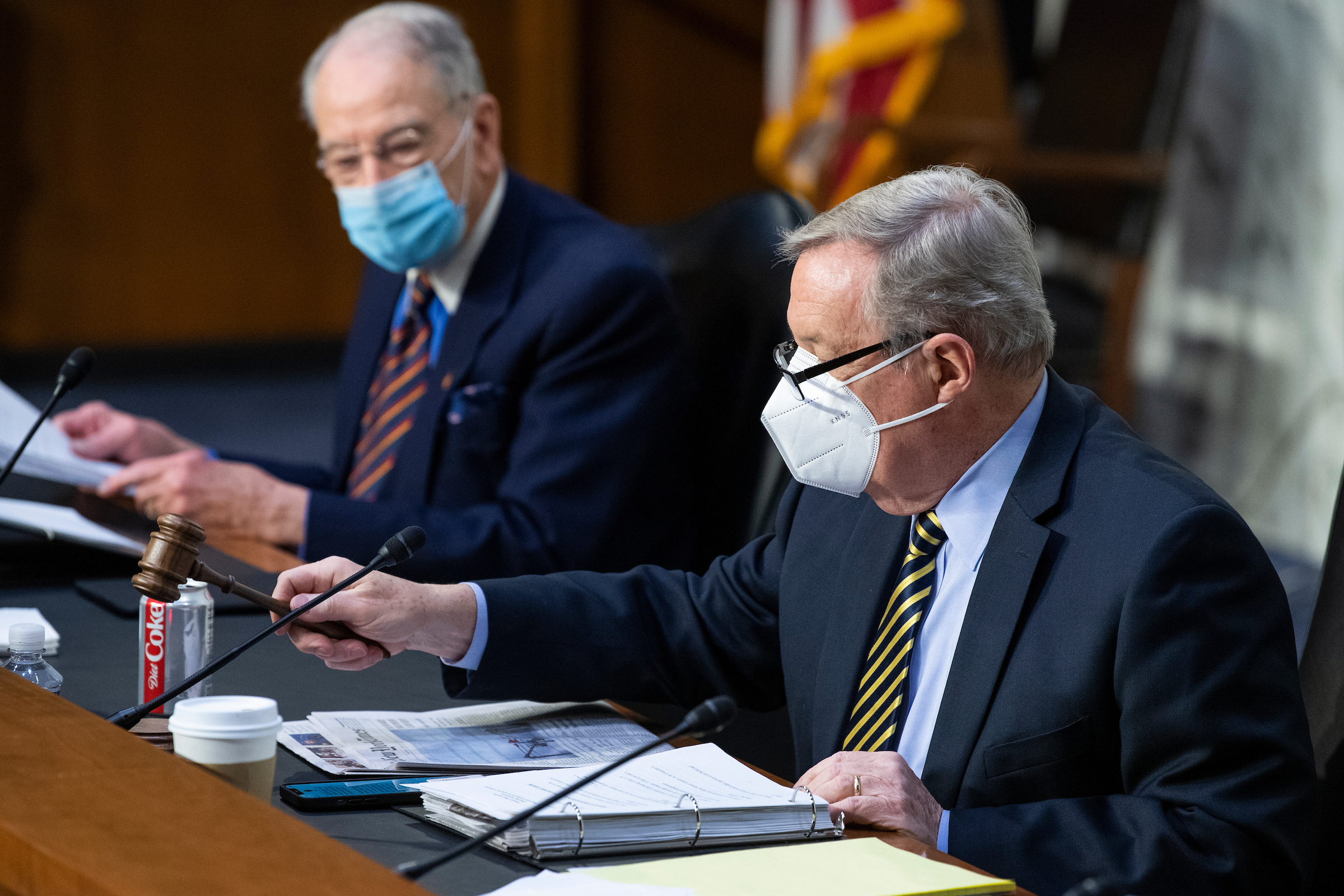