The secretive approach to coronavirus contracts by Orange County supervisors continues to fuel confusion and concern – and is now triggering questions about whether county supervisors violated transparency laws.

The latest controversy blew up on Tuesday when hundreds of people showed up at a supervisors’ meeting and railed against digital proof of vaccination – after county officials suddenly added it to their vaccination app a few weeks ago without explanation.

County officials called it a “vaccine passport” in the app – using a term proposed by their vendor, CuraPatient – which was becoming a highly controversial term across the nation just as it was introduced to OC’s vaccine app, Othena.

In trying to put out that fire, supervisors and county staff quickly worked behind the scenes to change the app contract – but ended up doing it in a back-room way that sparked even more concerns.

When supervisors publicly questioned whether they broke transparency laws, neither the county CEO nor the supervisors’ chief lawyer said a word at the meeting about whether their approach was legal.

Under California’s open meetings laws, it’s illegal for three of the five supervisors to craft contract changes – or even communicate about any policy issues under their jurisdiction – outside of a public meeting.

Yet that’s what happened, according to two of the supervisors.

“I wrote it. The contract ad hoc committee [of two other supervisors] agreed to it. This is the sole discussion of [vaccine] passports in our contract,” Wagner said, referring to a $3.8 million contract increase for the Othena app.

The contract increase was signed on April 29 by county officials without ever being voted on publicly by county supervisors.

That’s sparking legal questions, including among the supervisors themselves.

Supervisor Andrew Do said Supervisor Katrina Foley was suggesting a Brown Act violation by the rest of the board, after Foley said a majority of the board participated in changing the contract while shutting the public – and Foley – out of the process.

“That comment [by Foley] assumes that the rest of the board were in on this discussion or this item, which is in violation of the Brown Act,” Do said.

“Just the three of you. Which you’ve admitted up here,” Foley shot back.

“I’m with ya,” Foley said. Do then dropped the subject.

State law prohibits what’s called “serial meetings,” in which a majority of county supervisors end up discussing a policy issue outside a public meeting, through a series of communications that each involve less than a majority.

“Serial meetings are any…discussion, deliberation or taking of any action on a subject that’s within the body’s jurisdiction,” said David Snyder, an attorney and executive director of the First Amendment Coalition.

“Do edits to a document like a contract that are shared among a quorum of the body amount to a communication? I think so,” he added.

“They’re exchanging ideas on an important topic that in fact relates to expenditures by the county. And if it was three of them involved, then that’s a quorum, and that discussion would therefore be subject to the Brown Act, meaning it should have happened in public.”

Asked by Voice of OC about the closed-door process, Wagner said there was “no Brown Act violation whatsoever.”

Asked how it’s not a majority making policy in secret for him to propose language that’s approved by two other supervisors – all outside any public meetings – Wagner said:

“Seriously? I submitted proposed edits. We all either did or had the opportunity to do so.”

“It is entirely within Frank’s authority to approve or not approve….No Brown Act violation whatsoever.”

But the Brown Act isn’t limited to just official approvals – the discussion itself cannot involve a majority of the board unless it’s at a publicly-noticed meeting, Snyder says.

“That’s a distinction [by Wagner] that makes sense if you take the position that drafting language and proposing it to others is not communication. I think it is. Proposing amendments to a contract is saying, in so many words, ‘Here’s what I think the contract should say. Do you agree?’ He doesn’t have to say the sentence,” Snyder said.

Foley said the board’s secretive approach to contracts is not how local government is supposed to work.

“The process by which this happened is a little foreign to me, coming from [city] government. Normally, something like this would be [publicly] agendized, specifically on our agenda, so that we could vote on it,” Foley said at Tuesday’s meeting.

“Normally [when you have] a contract that there’s a disagreement amongst the board on, that would be something to be brought officially to the board, so the community would know that that’s on the agenda and we’re going to be voting on it,” she added.

“The contract has already been signed…It was signed on April 29. And the language that was added by Supervisor Wagner, I was informed about after the language was added. And I objected to it. Because the language contradicts another term in the contract” that requires the app to have digital proof of vaccination.

When Foley took issue with the amendment changes – which were never on a public agenda before it was approved – Do asked her to not talk about it because it wasn’t on Tuesday’s agenda.

“Please confine the question to the scope of [today’s] motion,” Do told Foley.

But Foley said she wasn’t offered an opportunity to weigh in before Wagner’s changes were put into the signed contract.

“The contract terms and the language that was added by Supervisor Wagner was done by the two ad-hoc committee representatives, without the benefit of the rest of the board being able to weigh [in],” Foley said, calling that approach “improper.”

“And so this is my only opportunity to be able to address this in a public setting…I objected when staff contacted me to let me know that this language was being added.”

A First Amendment attorney underscored that state law is meant to ensure policymaking happens in public.

“The Brown Act was enacted to protect the notion that governing must happen in the public eye,” said Zoë McKinney, an attorney with the ACLU of Southern California.

“Decisions made behind closed doors without the opportunity for input from the public are offensive to open government and democracy.”

When there’s a suspected violation of the Brown Act, residents can sue and get the government agency’s action undone if a judge agrees the law was broken.

“If a lawsuit is brought by an individual or organization – or the DA can also bring an action–- the court can order that the action taken is nullified and has to be done over again,” Snyder said.

Officials would then have to do it over again “correctly” at a publicly noticed meeting, and pay the residents’ attorney fees, he added.

In some cases, Brown Act violations can also be prosecuted as misdemeanors, though that’s rarely done, Snyder said.

Voice of OC revealed earlier this year that the county spent hundreds of millions of taxpayer dollars on secretly-approved contracts during the pandemic that never appeared on public agendas.

Do defended the secret contracting process, complaining publicly that reporters were asking too many questions and seeking too many public records.

That ended up prompting a public backlash at Do and the county, as residents and taxpayer advocates demanded that elected representatives be more transparent.

Following a torrent of public criticism sparked by Voice of OC’s revelations, Orange County’s top officials backed up two weeks ago and said they’re ending that practice when it comes to new projects.

The secretive authority, however, will continue for existing projects.

At the urging of Do, existing multi-million-dollar projects can still be secretly extended and expanded by county CEO Frank Kim, without their text ever appearing on the supervisors’ public agendas.

Nick Gerda covers county government for Voice of OC. You can contact him at [email protected]

Thu May 13 , 2021
Defense attorneys for the Georgia men charged in the killing of Ahmaud Arbery want a judge to allow them to introduce evidence showing Arbery had several run-ins with law enforcement in the years before his February 2020 fatal shooting. At a pre-trial motions hearing in Glynn County court Wednesday, the […] 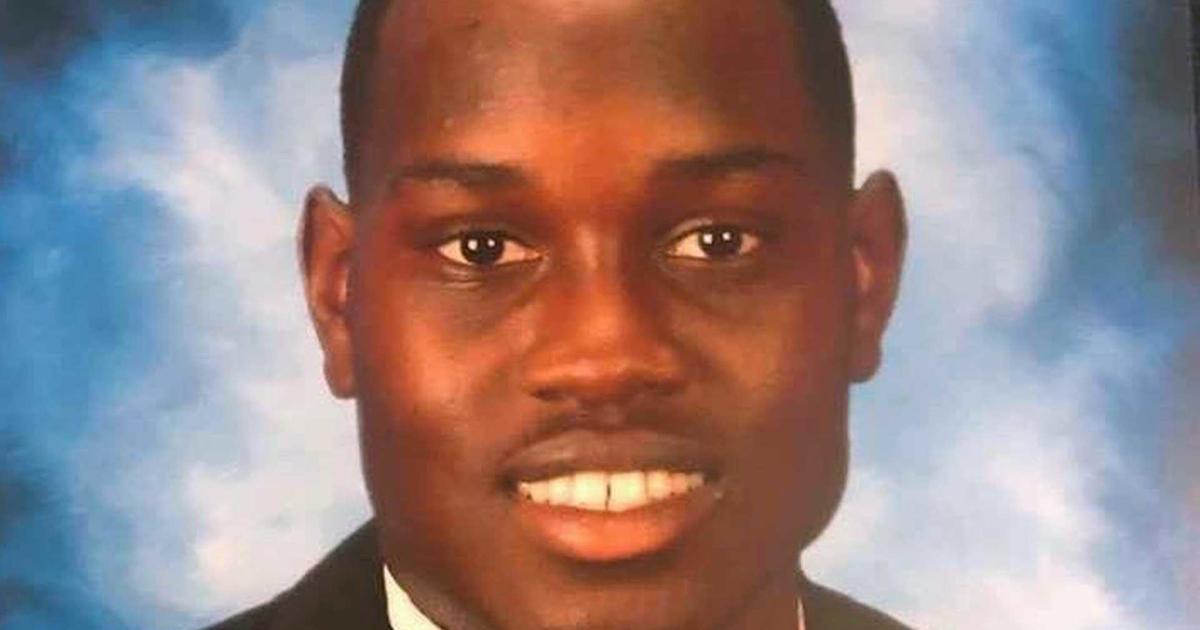