As gun purchases reached record highs last year, gun thefts from motor vehicles were right behind them everywhere from Atlanta to Memphis to Charlotte.

“There are people who can’t buy guns who are basically shopping for firearms,” Atlanta Police Officer Steve Avery says of these thieves.

Each gun necessarily passes into the hands of a criminal—the one who steals it. Police say the thief then either keeps it or sells it to another criminal. The gun is then often used in a range of violent crime, including murder and robbery.

The U.S. Bureau of Alcohol Tobacco and Firearms (ATF) says it does not keep national statistics on gun thefts. But a tally from a dozen jurisdictions by The Daily Beast made clear that thousands of guns are in the hands of criminals because of people who exercise their Second Amendment rights but then fail to live up to their civic responsibility not to leave deadly weapons unsecured.

All too often, they do not even bother to lock the car.

In Charlotte, North Carolina, 446 guns were stolen from cars as of June. That is on track for an almost fourfold increase over the 255 stolen in all of last year.

In Memphis, Tennessee, 375 guns were reported stolen from vehicles as of April of this year, more than double the 164 stolen in the first four months of 2020.

Atlanta experienced a huge surge in such thefts in the last quarter of 2020 that continued up to the present, for a total of 1,620 guns stolen from vehicles in nine months—compared with 988 in all of 2019.

As Avery describes it, thieves see the city’s parked cars as a limitless source for guns they could not otherwise acquire.

“They are in and out of that car in under a minute,” Avery said. “They break the window, climb right in, go through the glove compartment and under the console, and they’re on to the next car.”

Avery cited a May 31 case involving two officers who were patrolling for “slider crime activity,” meaning crooks who slip into cars. The officers noticed two young men in the parking lot of a QuikTrip convenience store/gasoline station.

“The officers watched the pair for an extended period of time and saw them walking to and from the parking lot, in between fuel pumps, around parked cars and looking into at least one parked vehicle,” reads a police summary of the incident. “Officers approached the two and began speaking with them.”

As recorded by an officer’s body camera, one of the young men, later identified as 19-year-old Cedric Woods, stood casually leaning against a lamp post. The body cam footage and the police summary indicate one of the officers saw that Woods appeared to be carrying a weapon. The video shows Woods suddenly bolting and vaulting a low chain-link fence behind him.

The “69” was a reference to the radio call for an armed person. The officer hopped in his car and circled around in his patrol car and caught up with Woods just as the teen reached the outside of a Target store.

“I had a warrant, bro?” Woods asked after he was handcuffed

“I didn’t say nothing about you having a warrant,” the officer said. “But you definitely can’t run.”

The officer reported on the radio that he had “one detained.”

“You was good until you took that gun out of your pocket and threw it,” the officer said. “Now stand on up. We’re going to find that gun, big dawg. Where’d you toss that gun?”

“Various ‘Blood’ gang members have been recruiting minors to break into vehicles in search of firearms to trade for quantities of marijuana provided by the ‘Blood’ gang leaders.”

The officer retraced Woods’ route and came upon a semi-automatic pistol lying in an empty parking lot.

“Hey, Sarge, I found it,” the officer reported over the radio.

Woods proved to be a convicted felon, which means he could not have legally purchased or possessed a gun. The pistol he was charged with carrying had been recently stolen from a vehicle in another part of Atlanta. The police suspect he was “shopping” for more when he and the other young man were seen checking out cars outside the QuikTrip.

In Florida, adult gang members allegedly have made an interstate business out of gun thefts from autos.

“Various ‘Blood’ gang members have been recruiting minors to break into vehicles in search of firearms to trade for quantities of marijuana provided by the ‘Blood’ gang leaders,” reads a May 28 criminal complaint filed in federal court in New Haven, Connecticut. “Those gang leaders then arrange for the firearms to be transported to the Northeast by members of the street gang from the Northeast.”

According to the complaint, the guns were transported by a rented car to Connecticut, where the gang leaders sold what they did not keep for personal use. An informant made a surreptitious video of a reputed gang leader selling a Glock he called “top of the line” for $1,500.

“The clip is in it and everything,” he is recorded saying to the informant. “It’s ready for shooting.”

Another alleged leader of the same gang was recorded describing the latest shipment of guns stolen from cars in Florida.

The Tallahassee Police Department and the Leon County Sheriff’s Office have joined with numerous other jurisdictions in Florida and as far away as California in urging citizens to follow “The 9 p.m. Routine.”

A Tallahassee Police Department Facebook post at that hour features a video of a uniformed officer standing by a car.

“Hello, Tallahassee,” he says. “I’m tired of you all not locking your doors. It’s 9 p.m. I need you to lock the doors. It’s really easy.”

He demonstrates it by pressing a button.

The Leon County Sheriff’s Office Facebook page advises that there is a bit more to it than just locking, however.

The Atlanta Police produced a public service announcement featuring Avery. He offers sense so common that sane people on both sides of this divided country would have to agree with him.

“I’ve been a police officer for more than 30 years and I’m here to talk to you today about keeping firearms out of the hands of violent criminals and irresponsible people,” he says. “I am a gun owner. I believe in the Second Amendment, and in our right to bear arms for safe protection. But the gun violence we’re seeing in the city of Atlanta these days is not about self-protection.”

He goes on, “This is not a political issue. It’s a people issue about the choices that people are making to commit violent crimes and reckless acts. No single one of us can prevent all irrational acts or prevent all violent crimes, but there are things that we can do to keep firearms out of the hands of violent criminals.”

“Officers are finding more and more criminals with stolen guns. We don’t want violent criminals to have more access to guns. Felons can’t buy guns, but they can steal them. Far too many criminals are getting guns by stealing them from autos.”

He notes that “vehicles are not secure places to store firearms.”

“If you must leave a firearm in a vehicle, use a lock box or a gun safety lock to secure your firearm to the vehicle frame.”

He notes that such locks are available at any hardware store for a fraction of what a gun costs.

“Let’s all do our part to stop the violence and prevent criminal access to firearms,” Avery urges.

Off camera, Avery said he got a measure of how bad the thefts had gotten when two teenagers got into a recent shootout.

“Both guns were stolen,” Avery told The Daily Beast.

Fri Jun 18 , 2021
BRANDON, Ms. (WHTM) — Fantasy football leagues have been the center of heated rivalries for decades, and recently, punishments for the losers have become more and more gruesome for those who finish last. Lee Sanderlin (@LeeOSanderlin on Twitter) happened to be one of those last-place finishers in his fantasy league […] 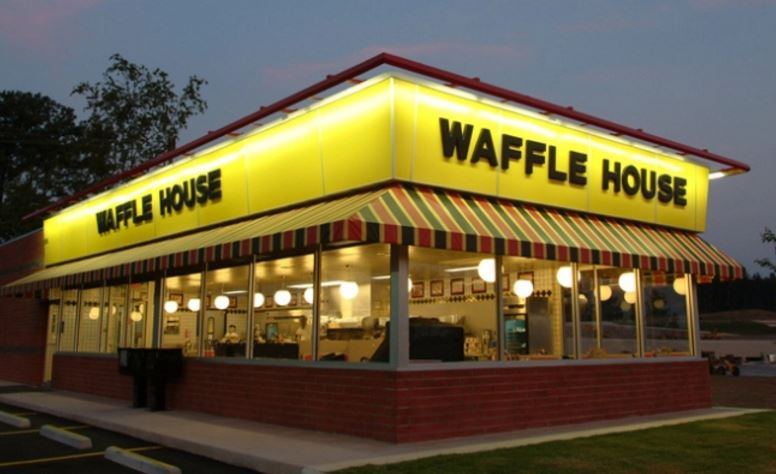