But Porter sent a May 14 email to the Gwinnett county attorney and the attorney for the Gwinnett Municipal Association saying the law does not refer to the collection of fees for solid waste, storm water or streetlights and that she would not collect those charges for the cities unless she was paid extra to do so.

Berkeley Lake doesn’t collect additional fees, but is considering an additional $1 per-parcel fee. Dacula and Peachtree Corners are in talks over a potential $2 parcel fee for Porter to collect there.

Grayson’s contract does not include the additional fees and it was the only one voted on Tuesday by the Gwinnett County Commission.

“We’re grateful for being that test case,” Wilkerson said.

“It means a lot to our citizens not to pay that additional fee,” she added, saying she has not heard from Porter about whether she would collect for the city without the fees. “It’s just not right.”

If fees are paid in contracts with the other three cities, Porter’s salary would increase by $34,000. All three are still in negotiations with the tax commissioner, Gwinnett County attorney Mike Ludwiczak said Tuesday.

Four other Gwinnett cities — Lawrenceville, Lilburn, Snellville and Sugar Hill — decided to collect their own taxes after receiving Porter’s original fee request before the state law was passed.

The state law also names Fulton County, where Tax Commissioner Arthur Ferdinand has engaged in the practice for years. But the law won’t affect existing contracts with Ferdinand’s office.

The email also said Porter did not waive her right to contest the constitutionality of the new law.

“Dacula, Peachtree Corners and Berkeley Lake found it to their benefit at this time to have the tax commissioner be a party” to the agreements, Ludwiczak said.

The law, he said, doesn’t preclude Porter from being a party to the contracts — it just doesn’t require it.

Porter had previously denied negotiating with the cities.

Her deputy said in emails last week that agreements would need to be reached before Tuesday in order to complete the billing of city taxes. Ludwiczak said Tuesday that the two-week delay would not cause any problems.

Tue Jun 1 , 2021
New York, New York–(Newsfile Corp. – May 31, 2021) – Pomerantz LLP announces that a class action lawsuit has been filed against Virgin Galactic Holdings, Inc. (“Virgin Galactic” or the “Company”) (NYSE: SPCE) and certain of its officers. The class action, filed in the United States District Court for the […] 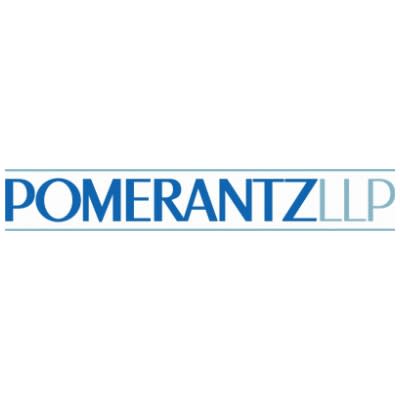