When 22-year-old Rico Marley stepped out of the men’s room of an Atlanta Publix supermarket on March 24 – “armed to the teeth” – he presented both an imminent danger and a tricky legal question. He obviously needed to be stopped before someone was hurt, or worse. But what could be done so long as his conduct stayed within the bounds of Georgia’s deliberately permissive gun laws?

Fortunately, Marley was almost immediately confronted by two Atlanta police officers, who told him to raise his hands and remain still. He obediently complied with the command and surrendered without incident. A search revealed that Marley was wearing body armor and carrying six loaded firearms: four handguns in his jacket pockets, as well as a semi-automatic rifle and a shotgun in a duffle bag. The officers placed Marley under arrest and charged him with multiple felonies. The threat had been contained without incident.

Everyone in Atlanta was no doubt relieved to learn of Marley’s quick apprehension, apparently without wondering about the basis for the arrest. There is good reason to believe, however, that the actual felony charges were a short-cut to place Marley in custody, because despite the manifest threat he presented, his actions until that moment were not clearly covered by Georgia’s firearms statutes.

The incident began when an Instacart shopper named Charles Russell heard the “clicking sound” of “someone loading firearms” coming from a stall in the restroom. Looking around, he spotted an AR-15 rifle leaning against a wall, which brought to mind, as he later explained in an interview, “the events that recently happened in the grocery store up in Colorado.” Alarmed by the possibility of another mass shooting, Russell quickly informed the store manager, who called for the premises to be evacuated and notified the police.

However long it took the officers to arrive, it appears from their report that Marley made no overtly threatening moves before he was arrested. There has been no accusation that he brandished any of his weapons or aimed one in anybody’s direction. The actual charges in the police report are curiously non-specific, namely: “Criminal Attempt to Commit a Felony” and “Possession of Firearm during Commission of or Attempt to Commit Felony.” He was not charged with any free-standing violation of gun laws. The predicate “felony” was neither named nor described.

Looking at the relevant Georgia statutes does not help understand Marley’s alleged crime. In Georgia, an attempt to commit a felony requires a “substantial step” toward the commission of the crime, but the necessary step is not detailed or even mentioned in the police report. Possession of a firearm during the “commission of or attempt to commit a felony” likewise applies only to certain specified crimes such as theft, assault or drug offenses, and again the police report is silent. Marley was issued only a “criminal trespass warning” for entering Publix property, perhaps because the company’s announced policy only prohibits customers from carrying guns “in plain sight.”

Needless to say, the Atlanta police officers, who were soon joined by federal agents and the local homeland security unit, recognized that they had to do something in the face of a looming threat. But Georgia is a “must-issue” jurisdiction for concealed carry permits – making firearms easy to get and lawful to keep tucked away – and Marley was not at that moment in obvious violation of the state’s loose gun laws.

In other words, the police essentially had to improvise charges against Marley in order to get him disarmed and into custody.

Was it wrong for the Atlanta cops to arrest Marley on nebulous charges, rather than allow him to keep walking through the supermarket, armored and armed? Not for a minute. These events occurred just two days after 10 people were gunned down in a Boulder, Colo., supermarket, and there had been a mass killing in Atlanta – not far from the Publix store – less than a week earlier. Public safety demanded quick action, and the officers did what they had to do, leaving the legalities to be sorted out later.

The underlying problem is that the Georgia legislature has provided the police with inadequate statutory tools, leaving them to improvise in palpably dangerous situations. There is no telling what would have happened on March 24 if the police at the Publix market had stuck strictly to Georgia’s lax gun laws, which do not limit the number of firearms a person can carry into a supermarket.

Rico Marley’s intentions and mental state will now be the subject of an intense investigation, and any future prosecution will not be limited to the facts in the police report. But no matter what turns up or how this case proceeds, Georgians would be better protected by laws that directly authorize police to intervene in gun-laden situations – without having to stretch for other crimes – before the first shots are fired.

Steven Lubet is Williams Memorial Professor at the Northwestern University Pritzker School of Law and the author of “The ‘Colored Hero’ of Harpers Ferry: John Anthony Copeland and the War against Slavery.”

Mon Mar 29 , 2021
No judge awaiting confirmation from the Montana Senate has ever failed to gain approval since 1973 when the Judicial Nominating Commission was created after the adoption of the Treasure State’s second Constitution. Every candidate selected has received approval, and then moved on to face the will of the voters at […] 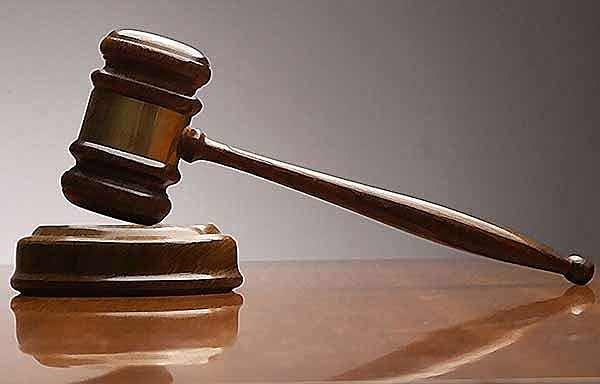