GENESEE COUNTY, MI — The Genesee County 911 Consortium Board has voted to place the communication center’s director on paid leave amid an internal investigation.

The consortium board voted to place Spring Tremaine on paid leave at a special meeting held this week.

At the same meeting, Tremaine submitted a letter stating she would not pursue the renewal of her employment contract, which expires on September 30.

Tim Jones, deputy director of Genesee County 911, was appointed to be the interim acting director of the center through Sept. 14, which is the date of the next scheduled board meeting.

The board will vote at its next meeting on whether or not it will extend the interim position, said Genesee County Sheriff and Genesee County 911 Consortium Board member Chris Swanson.

A personnel committee has been formed to seek a permanent replacement for the position.

The special meeting was called by Swanson after Tremaine was issued an appearance ticket for disorderly conduct.

The ticket was issued under a Fenton Township ordinance after a neighborly dispute between Tremaine and her former sister-in-law Cathy Tremaine, Swanson said.

“That’s what prompted the meeting today,” Swanson said. “A neighbor dispute, that issue, and that led to requesting an internal investigation so those who work at 911 feel comfortable to have their voice heard because I have reason to believe there are other concerns that need to be addressed and we want to make sure those employees feel they have a voice and that they’ll be protected.”

While the disorderly conduct case involving Tremaine prompted the Monday meeting, Swanson said the internal investigation is a separate issue.

It is not clear when the investigation will be complete, but Swanson said he was told it will be timely and may be finished by the Sept. 14 board meeting.

Tremaine did not respond to a request by MLive-The Flint Journal for comment on the situation.

The investigation will not only look into actions by Tremaine, but any personnel at the call center, he said.

“We’ve got enough information that has come that we are all confident that an internal look from a third party is probably the best bet to make sure there’s no other issues that need to be dealt with, if not for now, but for the future,” Swanson said. “We want to be sure there are no work rules or policies violated that disrupt the operation of 911.”

Tremaine will be paid through the remainder of her contract with the Genesee County 911 Center.

“The only reason we have to do paid is because there’s work rules that require you to get the internal investigation done in a short amount of time if it’s unpaid and there’s no way with 40 employees that can happen, Swanson said. “The risk-benefit is, it’s better that she not be there and let the investigation go forth than put everybody in an award position. This just kind of settles the ship.”

Tremaine was issued a disorderly conduct ticket after an Aug. 7 incident between herself and her former sister-in-law.

A trespassing complaint was called in to 911 by Tremaine around 12:40 p.m. to report her former sister-in-law, Cathy Tremaine, placed yard waste on what she believed was her property, Swanson said. Spring Tremaine believed the property was still under her family’s name, but a judge had ordered it in the name of Cathy Tremaine.

A second call was later made by Cathy Tremaine who had a video of Spring Tremaine dumping yard waste on the driveway on her property, Swanson said.

Swanson said community leaders need to be sure their personal life is “unsullied.”

“I certainly have felt the pressures of the community over the last year and a half starting with protests where the community and the nation demand the highest level of law enforcement,” Swanson said. “That’s not just police officers but, to me, that’s public servants. What we do off duty, especially as officers and people in leadership, absolutely affects our position professionally. That’s what happened here.”

Swanson said the investigation will not interrupt any of the operations at the Genesee County 911 Center.

Opinion | Is It Time to End Capital Punishment?

Wed Sep 1 , 2021
Produced by ‘The Argument’ The death penalty — and the morality behind it — has long divided America. Joe Biden is the first sitting president in our nation’s history to openly oppose capital punishment. By comparison, his predecessor oversaw the executions of 13 people between July 2020 and the end […] 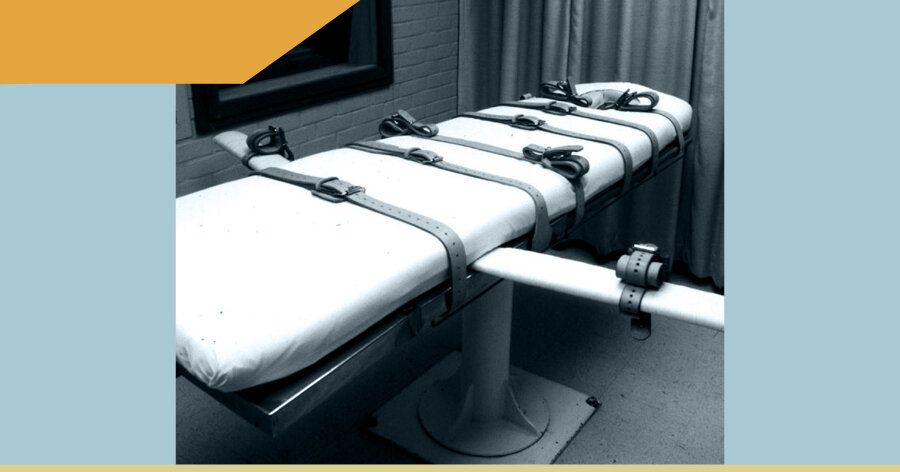