“We will still generate enough revenue to cover those needs,” she said. “… The facts just don’t bare that opinion out, certainly doesn’t warrant an outburst like we saw.”

Fulton County’s court backlog has gone from a simmering problem to a boiling crisis in the past year, thanks largely to the coronavirus pandemic that forced closure of court systems across Georgia.

In Fulton, the backlog has grown to 206,000 cases which translates into a $75 million problem that needs to be rectified before the county runs out of time and is forced to release unindicted people accused of violent crimes.

Last month, county officials feared they wouldn’t be able to use some of the $200 million in federal coronavirus relief money Fulton expects to receive due to restrictions placed on the funds. But Chairman Robb Pitts now says the feds have given them permission to use those funds on this project.

And just in time — commissioners at the July 14 meeting approved a $75 million plan, up from the $60 million estimate in March. It is dubbed Project Orca. Though commissioners didn’t seem to know how the project was named, it apparently is has to do with the whale of a backlog.

But crime hasn’t stopped during the pandemic. In fact, local law enforcement officials say it is spiking in Atlanta. That means even more cases added onto the pre-existing cases.

ExploreFulton, others worried about spending millions on COVID-19 court backlog

“I’m here today,” Fulton District Attorney Fani Willis said at the meeting, “so there are not backdoor meetings, there’s not secret conversations, but the public knows what I’m doing and when those efforts are frustrated.”

Both Willis and Fulton Sheriff Patrick Labat named names while ripping into the bureaucracy they say has hampered them ever since taking office.

Willis appealed to commissioner with a picture of someone killed in their district.

She did not play it calm, pounding the lectern with every word in her sentence: “Each. Represents. A. Life. From. Your. District.”

“Each of them,” she exclaimed with a shaking, balled fist.

Labat had more patience when talking about the over-crowded jail compared to what he described as getting the run-around at times from the county’s finance department. He also complained about the lack of other resources, including having to borrow a K-9 from Clayton County because the air conditioning unit in the vehicle used to transport the animals was broken.

Labat also said his office is about $30 million understaffed.

“It’s a tough time to be in law enforcement. But each and every one of you call me when you’re going up Bankhead Highway and it’s nothing but ATVs blocking the street. But I can’t get a Bearcat (vehicle) after … playing you all’s games in Finance because that’s all they are. Everybody wants to move the goalposts when we get to the end,” he said before snapping, “It ain’t your money. It’s been approved here, and I’m going to spend it accordingly.”

For Willis, the court-ordered deadline to hold alleged criminals without bond is running out — so Fulton won’t be able to hold the 1,400 suspects, including more than 150 alleged murderers, past Sept. 13 without bond.

She said the limit on holding unindicted inmates kept being extended because of the pandemic. Willis said she “begged” the county’s chief judge to extend the limit again, but he told her the state-level judiciary has asked judges to start returning to normal.

When a reporter asked after the meeting if alleged murderers might actually walk, Willis didn’t hesitate: “It is absolutely as serious as I’m saying. There’s not one exaggeration in here. I don’t need to exaggerate. The facts and circumstances that we’re living in right now are dire.”

She said she has 25 of her top lawyers working on cases, but she said she needs $2.46 million for staff to clear the backlog or face the consequences.

“I’m absolutely afraid,” Willis said. ” … We’re working around the clock to do the best we can, but the reality is that this will cause a burnout. I need investigators. I need lawyers. We need to be able to properly do these cases.

I am not going to look a victim’s mother in the face and say we didn’t do the complete job because we didn’t have the resources. And the reason I came to this meeting is that I do not want commissioners to say ‘well, I didn’t know.’ So we’re doing it out in front in the public, and we’re being transparent.” 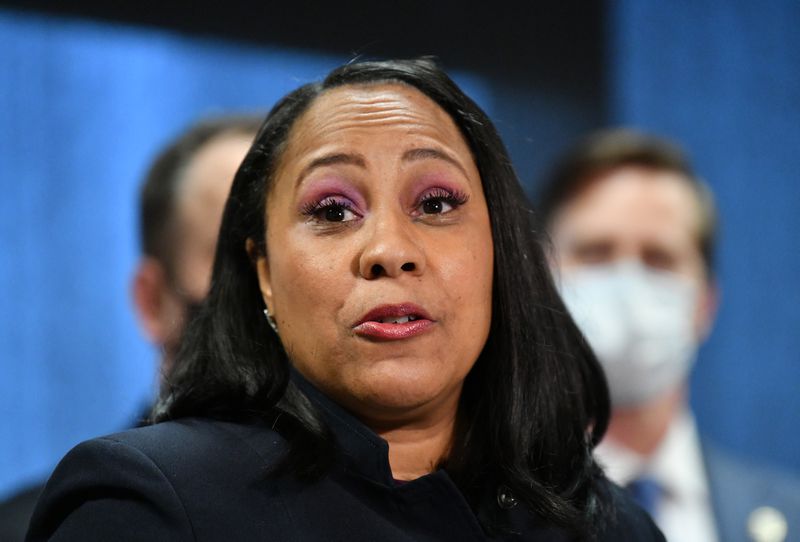 Willis said she thinks her approach will be “very effective.”

“If you serve this community and are not worried about crime, you need to be voted out of office,” Willis said.

Commissioners acted confused when Willis said she and Labat expected to be on the day’s agenda to discuss an evidence facility their staff has spent 1,000 hours on — only to be left off. They kept an eye on the 10-hour meeting to see if they’d be called up.

Pitts tried to calm him down by simply saying “Marvin.” Arrington went on, telling the county manager it was “preposterous” that two elected officials couldn’t get the money they need.

“Please make sure that this never happens again. But, see, when someone sneaks the lowest millage rate ever onto the agenda,” he said pointing, “now I really start to question motive and intentions.”

Hausmann on Wednesday said they have an obvious difference of opinion.

“People are trying to recover from the pandemic, and the last thing they need right now is higher taxes,” she said.

Labat said it’s not the fault of commissioners if they are confused about the critical need for these tax dollars.

“The city is five years behind the rest of the world, and the county’s 10 years behind that. You don’t get it because you breath rarefied air,” he said. “Everything you get in here … is ‘yes, commissioner.’”

Pitts assured both Willis and Labat that they would appear on the next meeting agenda.

‘They will take what’s most precious:’ Fulton D.A., Sheriff give impassioned speech against violence

Wed Jul 21 , 2021
In its 2021 Session, the Connecticut General Assembly amended the Connecticut Fair Employment Practices Act (CFEPA), which prohibits discriminatory practices, and other related laws on sexual harassment training and affirmative action plans, among others provisions. All of the following amendments are effective October 1, 2021. Portability of Sexual Harassment Training Conducted by […] 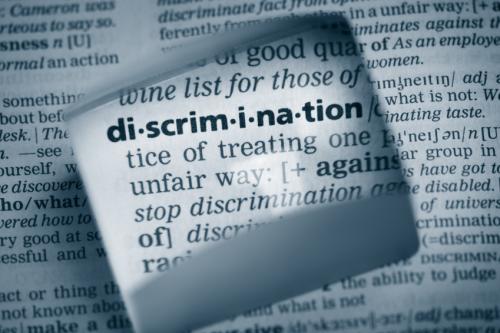