Former New York Attorney General Eric Schneiderman (D) will lose his law license for a year over allegations of physical abuse, according to a court filing released Tuesday.

The state’s former top law enforcement official accepted losing his license, according to the filing in a New York state appeals court. He officially loses his law license starting May 28.

Schneiderman, who served as New York’s attorney general for seven years, resigned in May 2018 after The New Yorker published allegations against him by multiple women alleging they were physically abused by him.

Two of the women — Michelle Manning and Tanya Selvaratnam — spoke on the record of the attorney general hitting them without their permission when they dated him. They also alleged that he threatened to kill them if they broke up.

Several months later, prosecutors said they were unable to bring a case against Schneiderman after interviewing former employees, allowing him to dodge criminal charges.

The New York Attorney Grievance Committee began investigating in May 2019, and filed charges against him in August 2020 for abusive behavior between 2013 and 2017.

Schneiderman admitted to slapping several women and “on a number of occasions” put his hands on their necks and applied pressure without getting consent, according to the filing released Tuesday. The filing stated that “at times” he was also “verbally and emotionally abusive.”

According to the filing, Schneiderman and the committee agreed to the one-year suspension on the condition that he continues treatment with a mental health professional and reports to the New York Lawyers Assistance Program, which helps legal professionals struggling with various issues.

The filing also notes that Schneiderman had not previously been disciplined, and that he has “accepted full responsibility for his misconduct and is remorseful therefor.”

It also said that The New Yorker’s story had a “devastating effect on his career in that he was forced to relinquish his position as New York’s Attorney General.”

The Hill has reached out to Schneiderman’s attorney for comment.

As the state’s attorney general, Schneiderman was one of the most prominent opponents to former President Trump

The Hidden Benefits of Contract Attorneys

Wed Apr 28 , 2021
Law firms and corporate legal departments often look at contracting outside attorneys as a dollars-and-cents proposition. Law firms have found they can save money on routine work that can be performed less expensively externally, while freeing up associates to perform higher-level tasks that can be billed at a premium. Similarly, […] 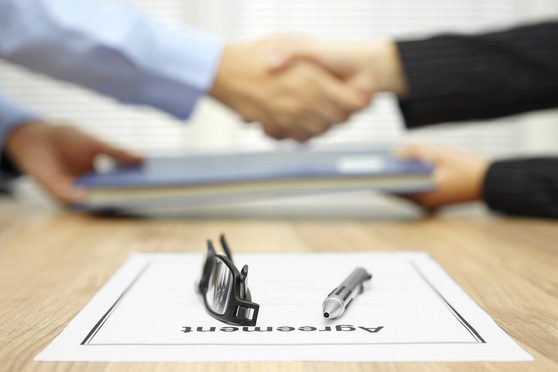