A federal judge said that a Georgia law banning the state from doing business with anyone promoting a boycott of Israel violates the First Amendment.

Cohen said in a 29-page decision that the law “prohibits inherently expressive conduct protected by the First Amendment, burdens Martin’s right to free speech, and is not narrowly tailored to further a substantial state interest.”

“Even assuming that Georgia’s interest in furthering foreign policy goals regarding relations with Israel is a substantial state interest, Defendants fail to explain how Martin’s advocacy of a boycott of Israel has any bearing on Georgia’s ability to advance foreign policy goals with Israel,” Cohen, who was appointed to the bench by former President Obama, wrote in the decision.

The lawsuit is still in its early stages and Cohen has not yet ruled whether the state law should be struck down.

Martin applauded the decision in a statement on Monday, saying she was “thrilled” by the judge’s findings.

“My First Amendment rights were restricted on behalf of a foreign government, which flies in the face of the principles of freedom and democracy,” she said

“The government of Israel has pushed state legislatures to enact these laws only because they know that sympathy and support for the population they brutalize, occupy, ethnically cleanse and subject to apartheid, is finally growing in popular consciousness — they want to hold back the tide of justice by preemptively restricting the right of American citizens to peacefully take a stand against their crimes.”

Georgia’s attorney general’s office, which is defending against the lawsuit, did not immediately respond when asked for comment.

Martin filed the lawsuit last year after university officials terminated an agreement for her to speak at a 2019 event hosted by Georgia Southern University. Under the state law, the contract for her speaking arrangement would have forbid her from engaging in or promoting the boycott movement against Israel.

According to the Council on American-Islamic Relations (CAIR), which represented Martin in the lawsuit, Georgia is one of 26 states that have enacted laws seeking to hinder the boycott, divestment and sanctions (BDS) movement, which advocates for economic pressure on Israel in protest of their occupation of Palestinian land and alleged human rights abuses against Arabs under that occupation.

CAIR has challenged similar state laws and won favorable court decisions in Arizona, Kansas and Texas in recent years. The decision on Friday came on the heels of a ceasefire between Israel and Hamas that ended a brief, lopsided battle between the two sides.

Israel’s bombing campaign in Gaza killed more than 230 people in recent weeks, many of whom were civilians, according to Gaza’s health officials, while rocket attacks from the Palestinian group Hamas killed 12 Israelis.

Israel’s strikes against the densely-populated Gaza territory and its crackdown on Palestinian protests in Jerusalem in recent weeks have stoked outrage among the growing number of Israel critics within the U.S. who are also fighting what they see as laws stifling dissent against their own country’s foreign policy towards the Israeli government.

“Israel’s latest violent onslaught against Palestinians underscores the importance of advocacy for Palestinian human rights,” Gadeir Abbas, a senior attorney with CAIR, said in a statement. “By standing up against this illegal anti-BDS law, Abby Martin ensures that all Americans have the freedom to stand up for Palestine.”

Mon May 24 , 2021
TALLAHASSEE (AP) Standing at a lectern with a sign reading “STOP BIG TECH CENSORSHIP,” Republican Florida Gov. Ron DeSantis signed a bill on Monday that seeks to punish social media platforms that remove conservative ideas from their sites. The new law will enable the state to fine large […] 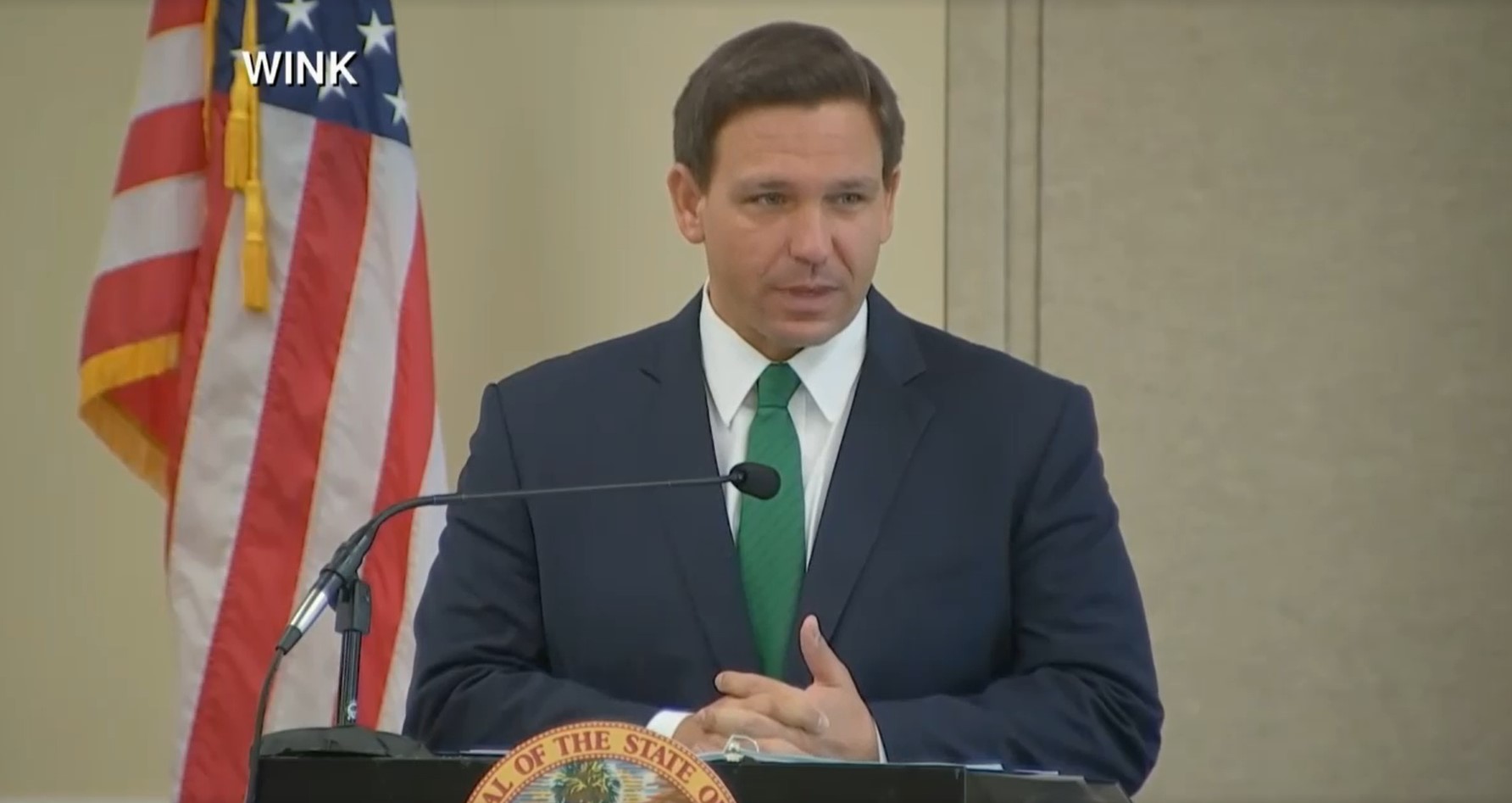