Market Trends: What You Need to Know
As shown in the American Bar Association’s Private Target Mergers and Acquisitions Deal Point Studies:

Consequential Damages Exclusions
Consequential damages is one of those U.S. legal concepts that all lawyers learn about in law school, but nonetheless generates confusion and disagreement in legal practice.

A typical seller’s indemnification provision in an M&A purchase agreement may read:

Because indemnification provisions shift liability from buyer to seller, the definition of “losses” within the purchase agreement is critical. “Losses” are normally defined broadly and may include, for example:

Any loss, liability, demand, claim, action, cause of action, cost, damage, royalty, deficiency, penalty, tax, fine or expense, whether or not arising out of third party claims (including interest, penalties, reasonable attorneys’ fees and expenses) and all reasonable amounts paid in investigation or defense, and all amounts paid in settlement, of any of the foregoing.

Sellers, understandably, seek to limit the scope of the losses to which they provide indemnification. Consequential damages, along with special, incidental, and punitive damages, are often the focus of negotiations regarding the scope of damages.

Seller and Buyer Positions
During negotiations, sellers often assert that they should not be responsible for “speculative” damages or damages which are not otherwise foreseeable. This common argument is likely misplaced insofar as it relates to consequential damage exclusions, since, as noted below, consequential damages do not normally include those which are not reasonably foreseeable in the first instance. By contrast, the buyer typically argues that it should not be required to waive and exclude damages that it would otherwise, absent such waiver and exclusion, be able to assert against a seller in a normal breach of contract claim. This argument has limitations, however, because buyers often do agree to waive and exclude some types of damages—most notably, special, incidental, or punitive damages. A common formulation with respect to punitive damages is to exclude such damages from the scope of indemnified losses as to claims between buyer and seller, but not those payable to third parties as a result of third party claims otherwise covered by the indemnities.

The Hadley v. Baxendale Precedent
The seminal case regarding consequential damages is Hadley v. Baxendale, an English contract case from 1854. 156 Eng. Rep. 145 (1854). This case serves as the precedent for our modern day understanding of consequential damages recoverable upon breach of contract. In Hadley, a broken crankshaft forced Mr. Hadley to shut down his mill which resulted in lost profits each day the mill stayed closed. Hadley hired Baxendale’s delivery firm to deliver the broken crankshaft to the manufacturer for replacement.

Hadley did not communicate to Baxendale the reason for the delivery, nor did he inform the firm of the significant loss profits he would incur as a result of a delayed delivery. Baxendale’s firm agreed to transport the shaft the day after it was received but did not actually ship the part until five days later. Hadley sued for breach of contract, seeking recovery for lost profits due to the mill’s additional closure time.

The court denied Hadley’s claim for lost profits, concluding that damages must arise “naturally … from such breach of contract itself, or such as may reasonably be supposed to have been in the contemplation of both parties, at the time they made the contract, as the probable result of the breach of it.” According to the court, Hadley’s lost profits could not be a consequence of a breach of contract if the parties did not reasonably foresee the lost profits as a consequence during the contract’s formation.

The Hadley rule establishes two categories of recoverable contract damages: losses that would arise “normally and naturally” from a breach of any similar contract; and any other losses arising from the “special circumstances” of the non-breaching party, if those special circumstances were communicated to the breaching party when the contract was made. See Glenn D. West & Sara G. Duran, “Reassessing the ‘Consequences’ of Consequential Damage Waivers in Acquisition Agreements,” 63 Bus. Law. 777, 785 (2008). In both circumstances, recoverable damages must originate from a probable consequence of the breach of contract and therefore be “within the contemplation of the parties” during formation.

Modern Day Consequential Damages
Contract law seeks to enforce promises made between parties. Unlike tort law, which compensates a victim for a wrongdoer’s conduct, damages in contract law only consider whether a party performed or breached the contract. Generally stated, absent specific language in the contract to the contrary, a party’s specific reasons or motivations underlying its breach do not impact recoverable contract damages.

The non-breaching party is entitled to recover all damages sustained to place the non-breaching party in a position where the party would have been had there been no breach of contract. However, recoverable damages, including consequential damages, are limited to those that are “natural, probable, and reasonably foreseeable [or within the contemplation of the parties as a] consequence of the [breach].” West & Duran (quoting Enter. Oil Ltd. v. Strand Ins. Co. Ltd., [2006] EWHC (Comm) 58 [2006], 1C.L.C. 33, 49). While natural, probable, and reasonably foreseeable seems like a straightforward standard, the difficulty is in its application to specific facts.

West & Duran suggest consequential damages includes “all losses sustained by the non-breaching party to a contract as a result of the breaching party’s default, beyond those losses that would normally and necessarily result from such breach in the absence of the non-breaching party’s special circumstances.” The authors go on to state that even “more simplistically, ‘consequential’ or ‘special’ damages should be understood as encompassing all contractually recoverable damages that do not fit within the category of either ‘incidental’ damages or ‘direct’ damages.”

In contrast, another commentator has opined that whenever “you use in a contract a term of art such as ‘consequential damages,’ you’re inviting confusion: any two people might have different ideas to what it means, assuming that they’ve given the matter any thought.” Ken Adams, New Article on Consequential Damages, Adams on Contract Drafting (July 23, 2008).

The state laws governing the purchase agreement’s interpretation are likely to determine the specific classification of damages among direct, consequential, or other types of damages. Accordingly, the purchase agreement’s choice of law provision may have a material effect in a post-closing dispute as to which buyer damages are included, or excluded, from recovery upon the seller’s breach. This is particularly noteworthy considering a recent trend, discussed below, indicating that parties are remaining silent on this point in the purchase agreement (i.e., neither expressly including, nor excluding, consequential damages from recovery).

The ABA Studies
Every other year since 2005 the ABA has released its Private Target Mergers and Acquisitions Deal Point Studies. The ABA studies examine purchase agreements of publicly available transactions involving private companies. These transactions range in size but are generally considered as within the “middle market” for M&A transactions; the median transaction value within the 2019 study was $145 million. 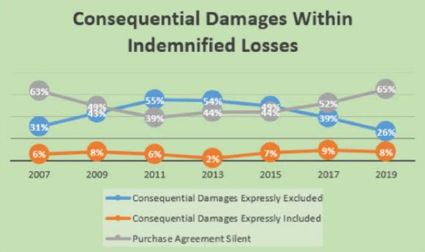 Conclusion
Nineteenth century English case law aside, as a practical matter, it is often difficult to determine, or at least to have any two lawyers agree upon, which types of damages constitute consequential damages. Given the often blurred parameters between direct and consequential damages, M&A lawyers should carefully consider the potential impact of including or excluding consequential damages in M&A purchase agreements because the provisions can materially impact a party’s responsibility for breaches of the agreement.

Reproduced with permission from Bloomberg Law. Copyright ©2020 by The Bureau of National Affairs, Inc. (800-372-1033) http://www.bloomberglaw.com

Fri Apr 9 , 2021
Big Law firms have been giving associates special bonuses of up to $64,000. The payouts are an effort to increase retention after a year of nonstop work, industry experts said. Five Big Law associates told Insider about their schedules and how they felt trapped in their jobs. See more stories […] 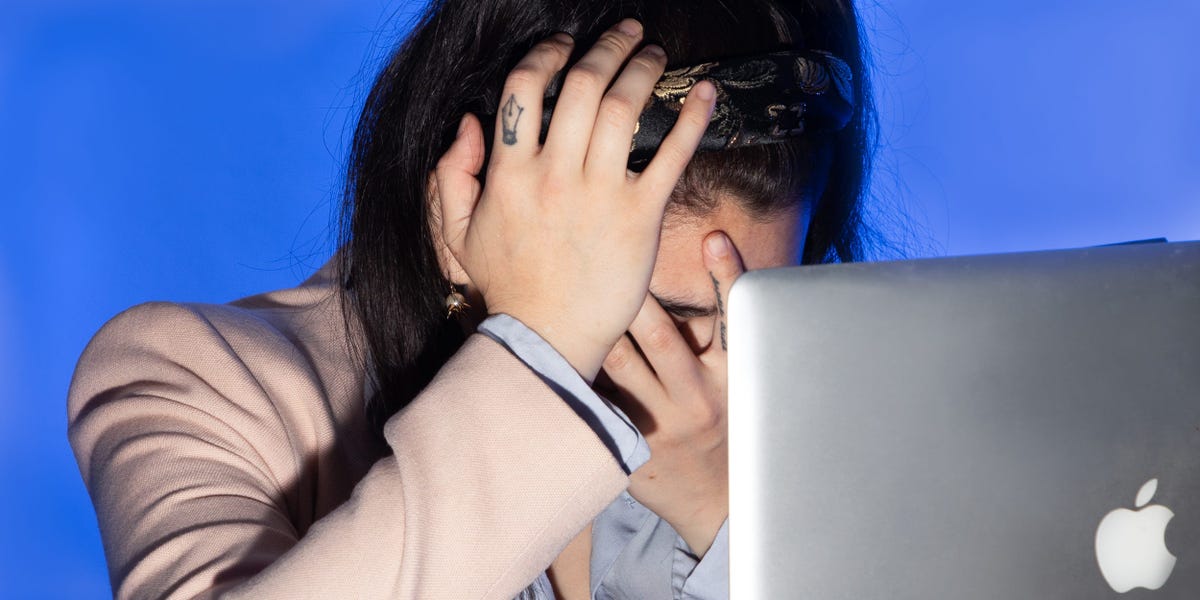