The proposed contract with Axon Enterprise Inc. would include the purchase, implementation and storage for 180 body cameras, which would be worn by 115 sheriff’s deputies and other personnel who regularly interact with the public, Deputy Chief Dan Bilodeau said.

The equipment is intended to work seamlessly with the Taser devices and software currently used by the sheriff’s office and serviced through the same company. Buying additional Tasers and ensuring a “uniform application” of the Axon platform is roped into the $2.5 million price tag, he said.

The body camera mandate outlined in House Bill 3653 takes effect Jan. 1, 2022, for the sheriff’s office, a deadline set based on the population of DuPage. Time is of the essence, Bilodeau said, not only to ensure the program is implemented by the end of the year but also to pursue a potential $126,000 state grant and any other funding opportunities that arise.

During a recent judicial and public safety committee meeting, however, several county board members said they weren’t ready to move the proposal forward, expressing concerns over the contract cost and how it will affect the county’s budget.

Some suggested cutting certain line items that don’t pertain directly to the requirements in the new state law, known as the SAFE-T Act. Board member Dawn DeSart said she believes the county needs to go out to bid for more competitive pricing.

“This whole conversation is about dollars and cents, and where is this money coming from?” she said. “I would recommend we look into less expensive body cameras and software.”

When it comes to police equipment, Mendrick warned, you often get what you pay for. While Axon is a reputable vendor with technology “that we know works with our environment,” he said, cheaper options offered by second-rate companies may be faulty and impractical.

Given the requirements of the new state law, “it’s going to be a big deal when one of these doesn’t work … especially if it’s one of those flashpoint moments they say we should’ve captured,” Mendrick told board members last week. “Please let the policemen make the police decisions in the police environment. If you guys make those decisions, then the fault is yours when something bad happens.”

The sheriff’s office has since researched some of the options suggested, “and none of them are viable for our operation,” spokesman Justin Kmitch said.

The proposed Axon contract also aims to address other requirements of the bill — including virtual reality equipment for scenario-based training — that could result in long-term cost savings, Bilodeau said.

Board member Julie Renehan, who is chairwoman of the judicial and public safety committee, told the Daily Herald the topic is expected to resurface at an upcoming committee meeting “with some refinement and some cost comparisons.”

“It’s a big purchase, and the committee is doing its due diligence to make sure we select the right cameras, that we investigate grant opportunities and have a seamless technology integration,” Renehan said Wednesday. “In assessing implementation costs, it is important to separate out what is required under law from what is not. We want to get it right.”

Sheriff’s officials have been exploring body cameras for years, saying they believe the devices would improve transparency and help to debunk false claims against officers. The department was eligible for a $75,000 matching grant to buy 100 cameras in 2018, but officials determined the program would be too costly amid budget cuts.

Money was not set aside for body cameras this year because “until this House bill was passed, we had no idea this was coming,” Mendrick said.

Backed by the Illinois Legislative Black Caucus, the legislation aims to re-imagine public safety in Illinois through provisions such as abolishing cash bail, changing use-of-force standards and overhauling the police certification process, sponsors say. Law enforcement leaders statewide have expressed concerns that sections of the 764-page document could lead to unintended consequences.

Mendrick said he warned the county board of the potential impact of the bill before it was signed by Gov. J.B. Pritzker in late February. Early estimates presented by DuPage County leaders earlier this month indicate the reform package could cost an additional $63 million over the next five years.

“I hope that we’re going to be able to get the cost down (and) get some support from Springfield to help us pay for some of these very large unfunded burdens,” board member Ashley Selmon said.

'Uncharted waters.' Judges are banning some Capitol riot suspects from the internet

Thu Mar 25 , 2021
Gina Bisignano, owner of a Beverly Hills eyelash and skin care salon, was charged with taking part in the U.S. Capitol riot on Jan. 6, where police used tear gas. Under a court ban, if Bisignano goes online while awaiting trial, she risks being jailed. (FBI ) Beverly Hills esthetician […] 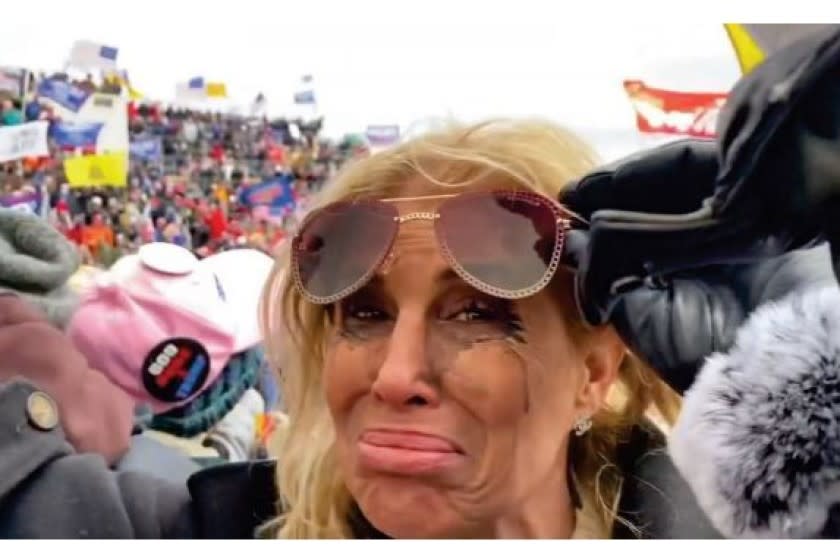