Some of the approximately 200 people who police penned into a block of Swann Street NW last year, trapping them for hours, gathered Tuesday night at Black Lives Matter Plaza in D.C. to remember what happened a year ago.

Some of the approximately 200 people who police penned into a block of Swann Street NW last year, trapping them for hours, gathered Tuesday night at Black Lives Matter Plaza in D.C. to remember what happened a year ago.

On June 1, 2020, people protesting after the death of George Floyd in Minneapolis Police custody were pepper-sprayed by law enforcement and arrested. The demonstrators faced curfew violation charges that were later dropped. Some residents in the Dupont Circle neighborhood sheltered them through the night.

“It makes me angry … it makes me realize that none of those people on that block mattered, just like none of the people we were out protesting that evening for matter,” said Anthony K., of D.C., who declined to provide his last name.

They gathered Tuesday in front of St. John’s Church to tell their stories of that night one year ago, after protesters were cleared from Lafayette Square.

When demonstrators reached the Dupont Circle area later that night and the city’s curfew went into effect, police funneled them on Swann Street and sealed the block.

“Taxpayers’ money was wasted on helicopters and paddy wagons, surrounding a building of innocent, unarmed people all night,” said Allison Lane, of D.C.

A report by the American Civil Liberties Union charged that police used excessive tactics. The D.C. police union countered back saying the incident was violent and riotous.

“We were peaceful protesters. The entire protest was peaceful, and we were treated like animals. We were pepper-sprayed, and we were attacked. It just wasn’t fair,” said Kelly, who declined to provide her last name.

Those who protested a year ago agreed that the matter is unresolved. One who spent the night trapped on Swann Street said it was haunting.

Kelly said that the police actions constitute scare tactics, but, “They did not scare me. I’m still out here, and I’m going to continue to be out here because my work is not done, and my community needs me.”

Get breaking news and daily headlines delivered to your email inbox by signing up here.

© 2021 WTOP. All Rights Reserved. This website is not intended for users located within the European Economic Area.

Wed Jun 2 , 2021
The Season 16 premiere of summer’s biggest show, “America’s Got Talent,” kicked off Tuesday night with what judge Howie Mandel called the “best animal act” he’d ever seen. The Canine Stars are a comedy dog act that travels the country promoting pet adoptions. For their initial audition, they impersonated the […] 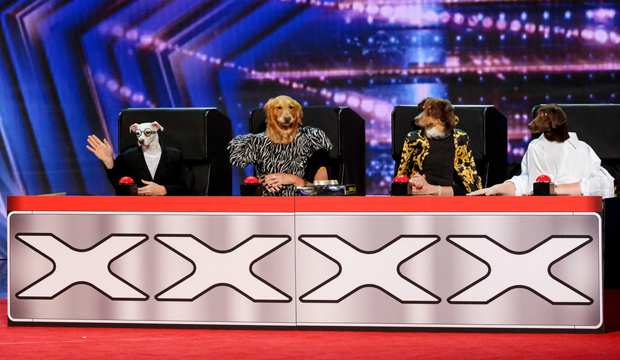