All children misbehave. This is common knowledge.

So why were 83% of the student arrests in Montgomery County Public Schools over the last three years Black and Hispanic students? To answer that question, we must examine MCPS’ longstanding and discriminatory Student Resource Officer (SRO) Program.

MCPS has a long history with SROs.

The program was officially initiated in Montgomery County in 2002, three years after the Columbine shooting. It was known as the Educational Facilities Officers program.

The program was defunded over the next 10 years until the 2012 Sandy Hook shooting. Following that tragedy, MCPS joined many school systems in ensuring that every school had an armed officer on campus.

Unfortunately, negative interaction with these officers creates juvenile records that increase students’ chances of ending up incarcerated as adults.

SROs encourage the criminalization of behavior that should be handled through school administrative disciplinary procedures, catastrophically amplifying the results of systemic prejudices.

Infractions that should be no more severe than suspensions or expulsions become criminalized. Black and Latino youths suffer the brunt of this burden due to police bias.

In the midst of the fight against police brutality, schools have opportunities to change for the better.

Without SROs, schools can take the first steps to becoming spaces where all students feel safe.

MCPS parents should be using their privilege, if they have it, to encourage children’s schools to be police-free environments. Students deserves counselors, nurses and psychologists in their schools, not cops.

One common argument against the removal of officers is the fear that schools will be unsafe without SROs.

When considering this argument, it is critical to separate facts from ideals. There is no conclusive data showing that SROs prevent school shootings or other crime in schools.

However, schools such as Gaithersburg High School and Julius West Middle School, where an alternative restorative-justice approach is used, have seen decreases in suspensions and referrals.

What we do know is that SROs often make students of color feel unwelcome.

Although many people may initially believe SROs to be protection against outside threats, this notion is becoming less popular as more data emerge to demonstrate otherwise.

After hearing student testimony and seeing arrest data from MCPS, many people are realizing that we cannot prioritize imagined safety over the real impacts SROs have on marginalized students.

So, what can we do? We can pressure our government.

Montgomery County Council Members Will Jawando and Hans Riemer have introduced legislation to remove SROs from MCPS. There will be a bill hearing Feb. 4 at 7:30 p.m. Montgomery County residents can submit written testimony to show support.

All students deserve second chances, not to be put behind bars. We must fight to eliminate the systems that are so eager to imprison our children.

Hanan Miles is an eighth-grader at Takoma Park Middle School. Kanayo Duru is a senior at Montgomery Blair High School. Meghan Salmela is the mother of a student at Woodlin Elementary School. They are leaders of the Counselors Not Cops team of the local community organization Sunrise Silver Spring, which works toward climate and social justice. Their team works with a local coalition organized by Young People for Progress to end the SRO program.

Editor’s note: Bethesda Beat encourages readers to send us their thoughts about local topics we have covered for consideration as a letter to the editor or op-ed piece in our Saturday newsletter. Email them to [email protected]. Here are our guidelines. We require a name and hometown for publication. We also require a phone number (not for publication) for us to verify who wrote the letter. Please provide a source for any facts in your letter that were not part of our coverage; if they can’t be verified, they likely will be omitted.

Sun Jan 31 , 2021
Law enforcement officials are investigating escalating threats of death and violence against California Gov. Gavin Newsom, his family and the wineries, shops and other businesses he founded ByThe Associated Press January 31, 2021, 12:05 AM • 2 min read Share to FacebookShare to TwitterEmail this article SACRAMENTO, Calif. — Law […] 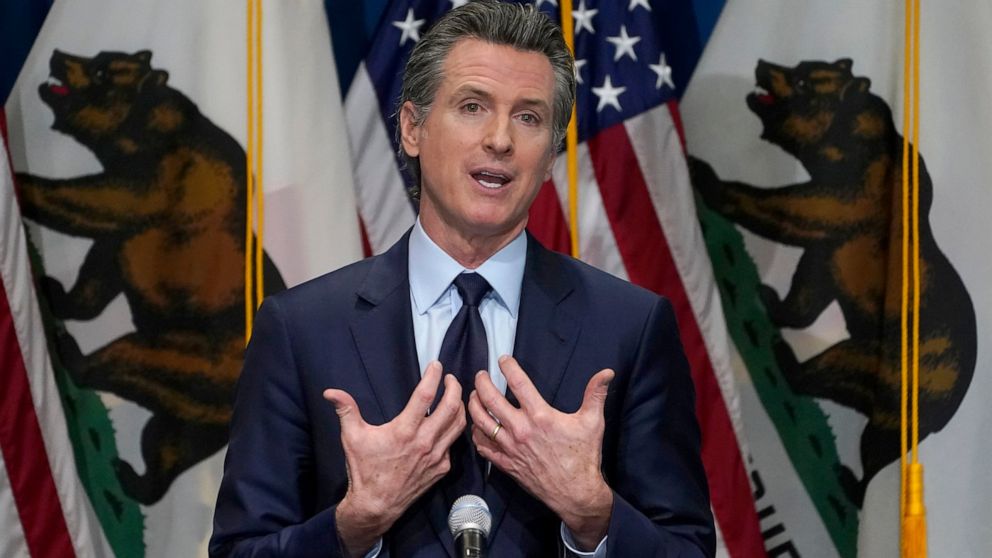