Young people left struggling to find jobs during the pandemic are being targeted online by criminals seeking to use them as “money mules”, experts have warned.

Fraud prevention group Cifas found more than 17,000 suspected cases where people aged between 21 and 30 had transferred money through their accounts to launder the proceeds of crime.

The number of suspected money mule cases in the age group was up 5 per cent in 2020, Cifas said, although it decreased 12 per cent in the under-21s.

The overall number of money mule cases is up 27 per cent since 2017.

Money mules are persuaded to hand over bank details to receive funds before transferring them on again, minus a cut. The transactions make it harder for law enforcement to trace criminals’ funds which can be linked to drug trafficking, terrorism and people smuggling.

Transferring the proceeds of crime is an offence that can attract a lengthy prison sentence, whether or not the mule knew about the source of the funds.

Language used online such as “money transfer agents” or “local processors” and images showing luxury lifestyles involving cars or cash could be a warning sign.

Increasingly, money mule recruiters are making use of encrypted instant messaging services to avoid detection, those behind the campaign said.

UK Finance and Cifas are calling for fraud and economic crime to be included in the upcoming Online Safety Bill. This would make online platforms responsible for taking down fraudulent content, including social media posts or job adverts used to recruit people as money mules.

Katy Worobec, managing director of economic crime at UK Finance, said: “Criminals are cruelly preying on ‘generation Covid’ and those struggling to find work at this difficult time, by using fake job adverts online to recruit people as money mules.

“We would urge everyone to remain cautious about any offers of quick and easy money and remember that if it sounds too good to be true, it usually is.

“At the same time, online platforms must take swift action to detect and take down content being used to promote money muling activity.”

Mike Haley, chief executive officer of Cifas, said: “Allowing your bank account to be used to transfer funds is illegal. Although transferring funds doesn’t feel like it’s doing any harm, the money you’re being asked to move often comes from scams and crimes committed against innocent members of the public.

“We’re now seeing more variations of this type of activity including mules being asked to buy cryptocurrencies or gift cards to mask the stolen funds, making it even more difficult for organisations to trace this money and return it to victims.

“Banks now have sophisticated technology to detect mule activity. When mules are caught, they can expect their bank accounts to be closed and face great difficulty in obtaining credit, mobile phones or loans in the future. It is vital that you keep your bank account to yourself and not be fooled into taking part in this illegal activity.”

UK Finance and Cifas urged people to follow the advice of the Don’t Be Fooled campaign, which tells people to only give their bank details to people they know and trust.

He said: “Tempting offers that sound too good to be true probably are, so it’s important people think about the consequences like being left with no bank account, a damaged credit score and even prison – before biting off more than they can chew.”

Lloyds Bank created a “mule hunting” team in 2018, which has since uncovered more than 88,000 mule accounts and stopped £60m from falling into the hands of fraudsters.

Wed Mar 10 , 2021
The ban does not include exceptions for rape and incest. LITTLE ROCK, Ark. — Governor Asa Hutchinson said Tuesday (March 9) that he would sign Senate Bill (SB) 6, a piece of legislation that prohibits abortion in all cases except to save the mother’s life in a medical emergency, into […] 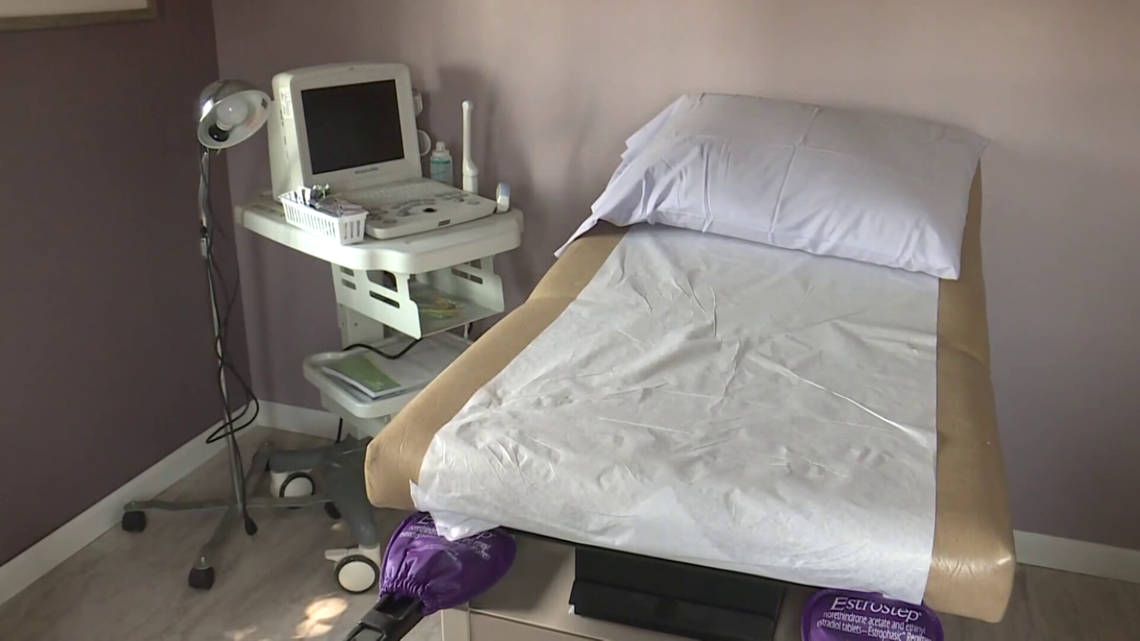