Crystal River City Council has a lot to discuss at its next meeting, including: higher property taxes, a pricier contract for law enforcement and new fees for parking and watercraft launches.

Council will call to order at 5:30 p.m. Monday, July 12, at Crystal River City Hall, 123 NW U.S. 19. For more information on the agenda and how to watch the meeting, visit crystalriverfl.org/meetings.

Of its first items to consider, council will vote on whether to adopt a resolution setting the tentative millage rate for property owners in the city to at least 6.2 mills — more than the city’s current rate of 4.8 mils.

Get more from the Citrus County Chronicle

City Manager Ken Frink will present council with three millage rate options — 6.2, 6.4 and 6.9 mills — to help offset cost increases tied to a city Community Redevelopment Agency loan and with the Florida vote to increase minimum wage statewide to $15 by September 2026.

Each millage option is 10% above the adjusted roll-back rate, requiring a unanimous vote by council to make an approval.

City staff is recommending an imposition of 6.2 mills, which would bring in an estimated revenue of $3.209 million.

Before it adopts its final 2021-22 budget, the city is also trying to hold mandated public hearings on Sept. 8 and 15.

In another matter, council will vote on whether to pay the Citrus County Sheriff’s Office $1,028,691 for law enforcement services between October 2021 and September 2022. It’s an increase of $35,108 compared to the city’s last agreement with the agency.

This would cover the city for two community resource officers — one to police the land, the other to police the water — six patrol deputies, two part-time Public Service Officers, a full-time records clerk and the availability of all the sheriff’’s office’s basic resources.

According to a sheriff’s office letter to the city, the increase was due to its own operating costs raising.

Council will also consider a resolution to revise the parking, boat- and paddlecraft launch fees at city parks and boat ramps.

These fees would pertain to Hunter Springs Park, Kings Bay Park, the boat ramp at Pete’s Pier and the boat ramp within the Dockside Shoppes plaza off of U.S. 19.

Fees, if approved, will go into effect Aug. 1.

City staff’s reason for the new and revised fees is to help capitalize on the people who live outside the city but also use those locations the most.

City residents will be allowed to purchase annual passes to launch paddlecraft for either $20 per household with up to 10 vessels or $5 for a single vessel.

Also on council’s agenda for Monday:

Council will vote on whether to pay $30,000 for Kimley-Horn and Associates Inc. to write two grant applications for disaster funding from the U.S. Department of Housing and Urban Development.

If awarded, the city would spend the federal funds on a new, flood-proofed city fire station, which would also house the sheriff’s office substation after it’s relocated from city hall.

Crystal River would also build a new sewer plant at its spray field at 7040 N. Citrus Ave. because its existing plant is in a flood zone and requires upgrades.

Projects paid for by the federal grants would have to be completed within two years.

Council will vote on whether to accept the $162,500 bid from Tarpon Springs-based Southern Road & Bridge, LLC to repair two of the city’s three bridges.

In a separate but related matter, council will vote on whether to reject a bid protest from another project bidder, General Caulking and Coatings Company Inc.

Although General Caulking and Coatings Company made the lowest bid of $158,767, the city’s staff and engineering consultant don’t believe the company has experience in marine construction.

Officials with the sheriff’s office will present two of their agency’s quarterly reports of law enforcement and crime statistics for the city.

Sun Jul 11 , 2021
CAMPBELL, Calif. (KRON) – Surveillance video shows the moment suspects busted through the window of a jewelry store in Campbell. “We’ve been through this before. This is the 4th time we’ve been live in the last 5 years.” Geoffrey’s diamonds owner Aaron Peleg says the burglars are getting more bold. […] 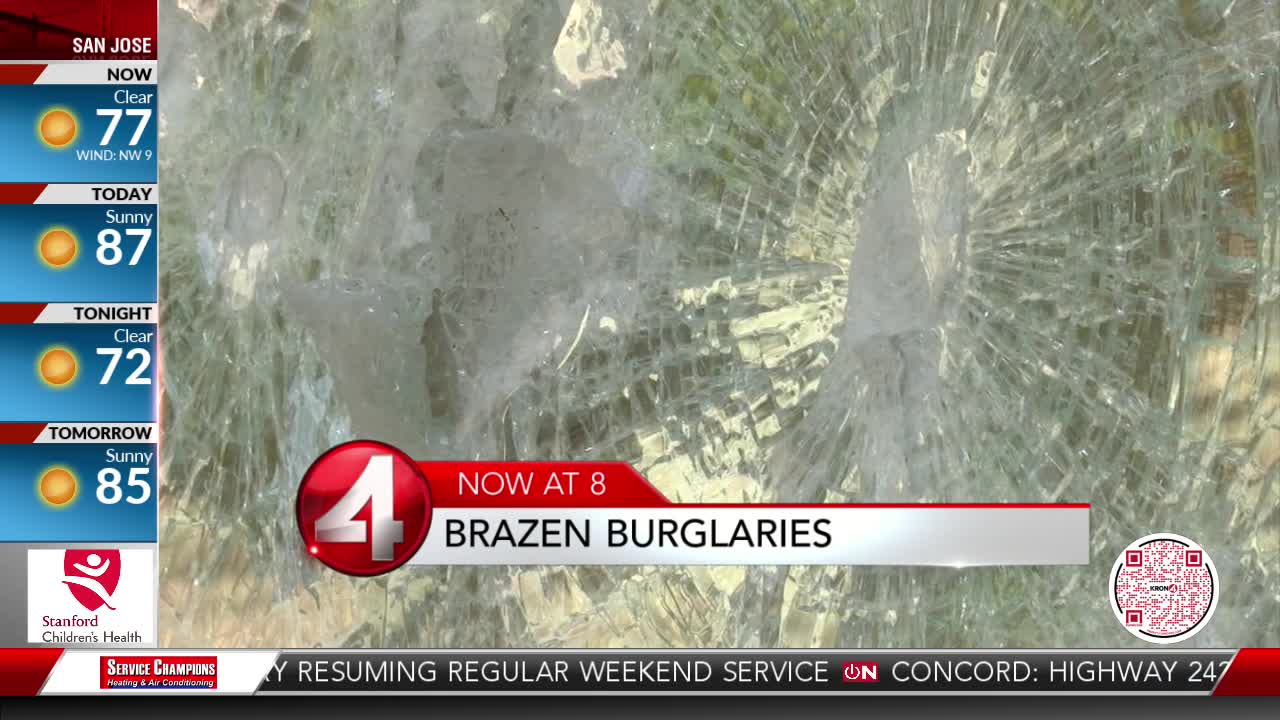