A: Generally, they may require immunizations. But there is some uncertainty about the legality of mandating vaccines authorized for emergency use by the U.S. Food and Drug Administration.

Does federal law prohibit employers and other institutions from requiring the COVID-19 vaccine?

According to a list maintained by The Chronicle of Higher Education, more than 200 colleges and universities are “requiring [COVID-19] vaccines of at least some students or employees” ahead of the fall semester.

Other employers are requiring — or at least considering a requirement — that their workers be vaccinated against the disease, as well.

There is no federal law that says vaccines cannot be required for employees or students. The U.S. Centers for Disease Control and Prevention says: “Whether an employer may require or mandate COVID-19 vaccination is a matter of state or other applicable law.”

In updated guidance issued in December, the U.S. Equal Employment Opportunity Commission implied that employers can have a mandatory vaccination policy, including for COVID-19, as long as employers comply with federal laws stipulating that reasonable accommodations should be made for workers who cannot be immunized because of a disability or religious reason.

Employers also may be subject to collective bargaining agreements that require them to negotiate with employee unions before mandating vaccines as a condition of employment, as the nonpartisan Kaiser Family Foundation has noted.

But some employers — particularly in the healthcare industry — already have a history of requiring certain vaccinations, such as for influenza, for their workers.

In addition, a 2017 survey of 129 of the top U.S. colleges and universities found that 94% of them had at least one prematriculation immunization requirement for students. The average was 3.53 required immunizations, for diseases such as hepatitis B and measles.

However, there remains some uncertainty about the legality of institutions mandating vaccinations using products that have not been fully approved by the U.S. Food and Drug Administration.

As we have explained, the three COVID-19 vaccines available in the U.S. have all received an emergency use authorization, or EUA, rather than the standard full licensure, which is called a biologics license application, or BLA.

On May 7, Pfizer and BioNTech announced that they have initiated the final BLA approval process for their jointly produced vaccine. But Moderna and Johnson & Johnson — the makers of the other two authorized vaccines — still have not said when they will do the same.

Typically, the standards are less stringent for EUAs. Under an EUA, regulators must determine that the product “may be effective” and the “known and potential benefits outweigh the known and potential risks.” However, for the three COVID-19 vaccines, the FDA set up special, more rigorous EUA requirements that resemble the process for a BLA. The FDA required “at least one well-designed Phase 3 clinical trial that demonstrates the vaccine’s safety and efficacy in a clear and compelling manner” and wanted to see at least two months of follow-up data on half or more of the participants.

But to some legal observers, the current authorization status of the vaccines means they cannot yet be required by employers and others.

In a Feb. 16 post for the Health Affairs blog, Efthimios Parasidis, a professor of law and public health at the Ohio State University, and Aaron Kesselheim, a professor of medicine at Harvard Medical School, concluded that, “Although EUAs for Covid-19 vaccines may help society overcome the wrath of the pandemic, mandates for such vaccines are unlikely to pass legal muster.”

They pointed to a provision in the 2004 federal law that established EUAs — specifically the provision that requires informational disclosures for individuals offered a medical product authorized for emergency use.

“Although no court has interpreted this provision, the first segment of the subclause suggests that mandates are categorically prohibited, since each person must have ‘the option to accept or refuse.’”

“There are few to no legal barriers to employers or schools requiring vaccines being distributed under EUAs,” according to an April 5 opinion piece written by three legal experts for the health news website STAT. The coauthors were Dorit Reiss, a professor of law at the University of California Hastings College of Law; and I. Glenn Cohen and Carmel Shachar of the Petrie-Flom Center for Health Law Policy, Biotechnology, and Bioethics at Harvard Law School.

They counter argued that the EUA statute actually applies to the actions of federal officials — such as the secretary of the Department of Health and Human Services — not private actors, including employers and post-secondary schools.

“Private employees are generally ‘at will,’ meaning they can be terminated for any reason that is not explicitly illegal,” the authors wrote. “Those arguing that the EUA statute prohibits mandates by at-will employers are claiming that this federal law is changing existing state employment law on the topic by mere implication. They are reading in a broad prohibition covering all employers and universities in the U.S. that is not, in fact, in the statute. Such broad preemption would require, at a minimum, clearer language.”

Also, because individuals must be given information about “the consequences, if any, of refusing administration of the product,” that “clearly” means “consequences for refusal can coexist with the option to refuse,” said Holly Fernandez Lynch, a presidential assistant professor of medical ethics at the University of Pennsylvania, and Govind Persad, an assistant professor of law at the University of Denver.

“The FDA doesn’t specify what those consequences might be, but it also doesn’t limit them,” they wrote in a May 4 opinion piece for the Washington Post. “If Congress or the FDA had meant to remove the authority to mandate vaccines — an authority traditionally left to state and local governments — the emergency use authorization statute and guidance would have needed to be much clearer on that point.”

Fernandez Lynch and Persad suggested the consequences for refusing vaccination could include “job loss, fines, one more year of Zoom college, or exclusion from flights, concerts or bars.” All may be unpopular options, but “these are choices nonetheless,” they said.

In their opinion piece, however, Parasidis and Kesselheim asserted that the statute’s language on the consequences of refusing to be vaccinated is most plausibly a reference to only the “health risks of refusing an EUA product during a public health emergency,” such as an increased risk of contracting or transmitting SARS-CoV-2, the virus that causes COVID-19.

“A review of the Congressional Record reveals no mention of allowing the government or private entities the ability to mandate administration of EUA products,” the professors wrote.

But absent any state or local laws specifically permitting or prohibiting mandates for EUA vaccines, determining the legality of such requirements will likely come down to future court decisions.

Currently, there are at least two pending federal lawsuits that will test the issue: one filed by a county corrections officer in New Mexico, and another filed by a group of Los Angeles public school workers. The plaintiffs in both cases argue that their government employers are illegally mandating EUA vaccines as a condition of employment.

Legal analysts expect that there will be more lawsuits, including against private employers and colleges and universities.

Wed May 12 , 2021
While the involvement of Chinese money-laundering rings in handling drug proceeds from Mexico is nothing new, a number of recent court cases in the United States have revealed crucial information about how these schemes work. InSight Crime looks at how colossal amounts of money are being laundered, the seemingly legitimate […] 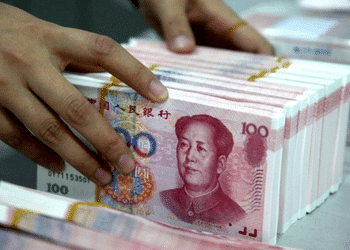