It was on 31 January 2020 that the owner of The Quarryman’s Hotel contracted to sell the hotel, and to carry on the business in the usual and ordinary course until completion, which was to take place on 31 March 2020.

No one foresaw that as at Midday on 23 March 2020, the Public Health (COVID-19 Places of Social Gathering) Order 2020 would require the hotel to close its doors and restrict trading to the sale of food or beverages for off the premises consumption. On 26 March 2020, the hotel started takeaway sales of food and beverages (including draft beer in containers called “Growlers” and “Squealers”) which was permitted under the Order.

The owner wanted to proceed with the sale, but the purchaser did not because it ‘was concerned that the closure of the hotel would have serious if not catastrophic consequences upon his ability to obtain the revenue from the hotel and thereby meet the financial covenants in the finance facility offer’.

The Contract for Sale

The freehold property in Pyrmont (The Quarryman’s Hotel) was sold together with the associated hotel licence, gaming machine entitlements and hotel business.

The contract was the standard form Law Society/Real Estate Institute Contract for the sale and purchase of land (2019 edition), with additional clauses for the sale of business.

No GST was payable on the price.

Additional Clause 51.1 was the usual covenant found in contracts for the sale of business and was designed to preserve the goodwill of the business –

51.1 … from the date of this contract until completion, the vendor must carry on the business in the usual and ordinary course as regards its nature, scope and manner …

Additional Clauses 58.1 and 58.2 were designed to exempt the sale from GST –

58.1 The vendor and purchaser agree that the sale of the assets under this contract constitutes the supply of a going concern for the purposes of the A New Tax System (Goods and Services Tax) Act 1999.

58.2 The vendor undertakes that it will carry on the enterprise transferred under this contract until the day that the supply is made for the purposes of the A New Tax System (Goods and Services Tax) Act 1999.

The Purchaser’s situation and contract termination

The purchase was to be financed by $5.2 million in cash and $6.5 million in funds borrowed from St George Bank. The bank valuation was at the purchase price.

The Bank’s letter of offer included two financial covenants: an interest cover ratio and ‘Actual EBITDA of not less than 80% of Valuation EBITDA used in the last going concern valuation’.

After the Public Health Order, on 23 March 2020, at the purchaser’s request, the Bank agreed to the waiver of the testing of the financial covenants due on 30 June 2020 and 31 December 2020.

But the purchaser was concerned that ‘there was no certainty as to how long the shutdown would last and as to where the hotel industry will end up “when we come out of the crisis”’.

The purchaser advised the vendor that it considered that performance of the contract had been frustrated in that the vendor could not comply with the ‘carry on business covenants’ (Additional Clauses 51.1, 58.1 and 58.2) because of the Public Health Order, and so they were treating the contract as being at an end.

After correspondence, the vendor served a notice to complete which expired on 12 May 2020. The vendor terminated the contract on 21 May 2020.

Was performance of the contract frustrated?

The Court said: “the main focus of the case on frustration must necessarily be upon the unexpected effect the public health orders had upon the actual performance of the [vendor’s] obligations to carry on the hotel business until completion”.

The Court found that:

“In all the circumstances I am not prepared to conclude that the unexpected situation the parties found themselves in from about 21 March 2020 gave rise to such a fundamental commercial difference between actual and contemplated performance, or such a fundamentally different situation for which the parties made no provision, that it would not be just to hold the parties bound to the terms of the contract.

I consider that the terms of the contract, in particular the promises to sell and transfer the assets in return for the agreed price in circumstances where no warranties were given as to future financial performance, are wide enough to apply to the new situation that emerged.” [judgment, p 110]

The Court assessed damages payable by the purchaser at $900,000, based upon valuation evidence of the fall in value as at 21 May 2020, the date the contract was terminated. Note: the hotel was not re-sold as so no loss was crystallised.

After crediting the deposit paid under the contract of $562,500, the purchaser was ordered to pay the balance, with interest.

The question to be asked is whether the terms of the contract are wide enough to apply to the event, be it a public health order or another event outside of the contemplation of the parties.

In this case, the terms were wide enough to cover the situation where the hotel could continue to trade as a going concern, albeit in a restricted fashion.  Therefore, the contract was not terminated by frustration.

The corollary is that if the parties desire the contract to be discharged if an event occurs which is outside of their control, then they must include a force majeure style clause which lists such events. In this case, an epidemic, pandemic or Covid-19 style event would need to be listed.

In terms of the ‘going concern’ provision under s 38-325 of the GST Law, this decision stands as authority for the proposition that restrictions imposed under public health orders arising from COVID-19 do not affect the supply of a going concern. 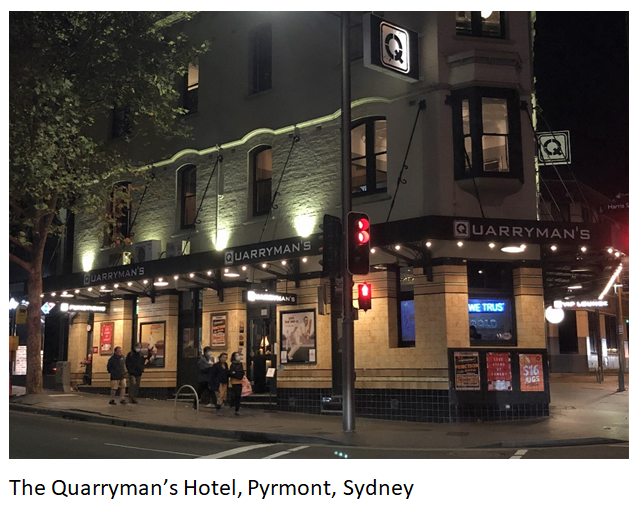 Mon May 17 , 2021
(Getty) Five cases: three dismissals and two decisions pending. It’s been nearly two years since the New York state legislature passed the Housing Stability and Tenant Protection Act of 2019, yet five separate suits challenging the law’s constitutionality are still taking up space on court dockets. The plaintiffs — an […]