In this week’s update: the court upholds a non-solicitation clause in a shareholders’ agreement, an exclusion of liability was not subject to special principles of interpretation, ESMA publishes updated Prospectus Regulation Q&A on investor roadshows and GDRS and also urges a common approach to accounting standards for UK issuers on EU markets.

Covid-19 is affecting the way people conduct their business, retain their staff, engage with clients, comply with regulations and the list goes on. Read our thoughts on these issues and many others on our dedicated Covid-19 page.

The High Court found that a non-solicitation covenant in a shareholders’ agreement was enforceable and that it had been breached.

Score Draw would then sell the shirts on to buyers on both a retail and a wholesale basis. In particular, Score Draw held a non-exclusive license from Liverpool Football Club (the Club) to supply historic Liverpool F.C. football shirts (both to the Club and to third party retailers) until 31 May 2016.

By February 2013, Score Draw had built up a significant debt owed to PNH under the supply contract. As part of a debt-for-equity swap, Score Draw’s share capital was reorganised such that 50% of its shares were held by Score Draw’s original founder and 50% were held by a PNH company.

At the same time, Score Draw, its founder and entered into a shareholders’ agreement. Among other things, the founder and PNH covenanted not to solicit or accept business for the purchase of retro football shirts (which the agreement termed “Restricted Products”) from any of Score Draw’s customers (which were termed “Restricted Persons”). That covenant was to last for so long as they held shares in Score Draw or for a period of two years after ceasing to hold their shares.

PNH argued that, after Score Draw’s licence ended in May 2016:

In any event, PNH argued that the non-solicitation covenant was unenforceable as a restraint of trade.

What did the court say?

The court found that the Club had remained a customer of Score Draw and the football shirts being supplied by Score Draw had remained within the ambit of the non-solicitation covenant.

The judge noted that the shareholders’ agreement contained a wide definition of “Restricted Person”, which included football clubs from whom Score Draw had a licence to supply branded products, but was not limited to those clubs and included (for example) third-party retailers. She found that the natural meaning of the word “customer” was a person with whom Score Draw had an ongoing business relationship. This contrasted with someone whose business Score Draw hoped to attract at some unspecified point in the future, who would not be a “customer”.

The judge also found that a product could be a Restricted Product even if Score Draw no longer had a licence from the Club. The purpose of the term was to identify the kinds of goods Score Draw sold. This included a retro football kit even if there were no longer a formal licence arrangement between Score Draw and the relevant club.

Finally, the judge also found the covenant to be enforceable. The shareholders’ agreement had been made in the context of an acquisition of shares in Score Draw for a substantial price. At that time, Score Draw had an established business and important relationships with clubs and associations. It had substantial goodwill, both with retailers and with clubs and associations.

By contrast, PNH had an established business of manufacturing retro shirts, as well as a degree of knowledge of Score Draw’s products and access to its design details that created an obvious risk to Score Draw’s business by going direct to its customers. The non-solicitation covenant was a reasonable protection for Score Draw and its shareholders. The covenant protected Score Draw only against competition for people with whom it had an ongoing business relationship, and not others to whom it might merely pitch for business.

Finally, the shareholders’ agreement had been entered into freely between parties of equal negotiating strength. PNH was a sophisticated business party and had the benefit of legal advice.

What does this mean for me?

Cases relating to restrictive covenants, such as non-solicitation and non-compete clauses, often turn on their own, individual facts. A court usually needs to examine various things when deciding whether a covenant is enforceable, including the parties’ business activities, the negotiations that led to the relevant clause and whether the parties were legally advised.

The court will then examine how far the covenant extends to decide whether it is proportionate. A judge will look at closely at the duration of the clause, its geographical extent and the types of business or product it applies to.

However, we have seen an increasing willingness by the courts to uphold restrictive covenants that are framed sensibly (see our previous Corporate Law Updates on the cases of Guest Services Worldwide Limited v Shelmerdine and Quantum Actuarial LLP v Quantum Advisory Ltd). This decision reiterates that it is generally difficult for an experienced party who has received legal advice to attempt to disclaim parts of a contract that it willingly entered into.

That said, it remains important to ensure any non-compete or non-solicitation clause is drafted carefully and accurately, both to ensure it remains enforceable and to ensure it captures precisely what the parties intend to restrict.

The High Court has held that a clause that attempted to exclude a party’s liability for deliberately breaching a contract was not subject to any special principles of interpretation.

The contract contained several clauses that attempted to limit or exclude certain types of liability on the part of the consultant. In particular, the contract read as follows (with our emphasis added):

“Notwithstanding any other term to the contrary in the Agreement or any related document and whether the cause of action for any claim arises under or in connection with the Agreement in contract or in tort, in negligence or for breach of statutory duty or otherwise, in relation to any and all causes of action as aforesaid:

The contractor argued that these limitations and exclusions did not apply to “fundamental, wilful or deliberate breaches” of contract by the consultant.

As a general rule of law, a court will interpret a contract in its documentary, factual and commercial context, taking into account the ordinary meaning of the words, any other relevant parts of the contract, the purpose of the relevant contractual provision, the circumstances at the time that the contract was entered into, and commercial common sense (Wood v Capita [2017], UKSC 24, Rainy Sky v Kookmin Bank [2011] UKSC 50, Arnold v Britton [2015] UKSC 36).

However, when interpreting exclusion and limitation clauses, the courts will generally take a stricter approach to interpretation. Clear words are required to exclude a party’s liability, and, if there is any ambiguity, the court will normally construe an exclusion or limitation clause against the party that is trying to rely on it (“contra proferentem”).

The High Court had previously suggested (in Internet Broadcasting Corporation Ltd v MAR LLC [2009] EWHC 844 (Ch)) that a special rule of interpretation applied to a clause that attempts to exclude or limit liability for a deliberate repudiatory breach of contract, namely that there is a “strong presumption” against such an exclusion which can be rebutted only by “strong language”. According to the contractor’s argument, this meant the court had to start from the position that the exclusions and limitations in the contract did not apply to deliberate repudiatory breaches by the consultant.

However, the court disagreed. It noted cases since then that had discredited this idea. Rather, the usual principles of interpretation applied, with no presumption in cases of deliberate breach. In this case, the judge felt that the clauses were set out in “clear language” in a “bespoke agreement … intended to be a comprehensive regulation of the parties’ future dealings”. They therefore covered deliberate repudiatory breaches of contract.

What does this mean for me?

This decision is certainly a useful clarification of the approach the courts will take when interpreting exclusions of the most serious form of breach. The general approach remains that an exclusion or limitation clause must be set out in clear words to be effective. However, it is at least clear that there are no “gradations” in the standard of wording required to exclude different types of liability.

The European Securities and Markets Authority (ESMA) has published an updated version of its Q&A on the EU Prospectus Regulation. The Q&A do not apply to the version of the Prospectus Regulation that applies in the UK following Brexit. However, the following new guidance in the Q&A may be useful to issuers proposing to offer shares or admit shares to trading within the UK.

As noted, this guidance has no force in the UK. An issuer which is facing one of these scenarios should consult its advisers and may well want to contact the Financial Conduct Authority for guidance.

Mon Apr 12 , 2021
Georgia courts face long backlog of cases Georgia Chief Justice Harold Melton told FOX 5 that it could take courts years to work through the backlog of cases. ATLANTA – As Georgia’s courts continue to play catchup from the suspension of jury trials due to coronavirus, people presumed innocent are […] 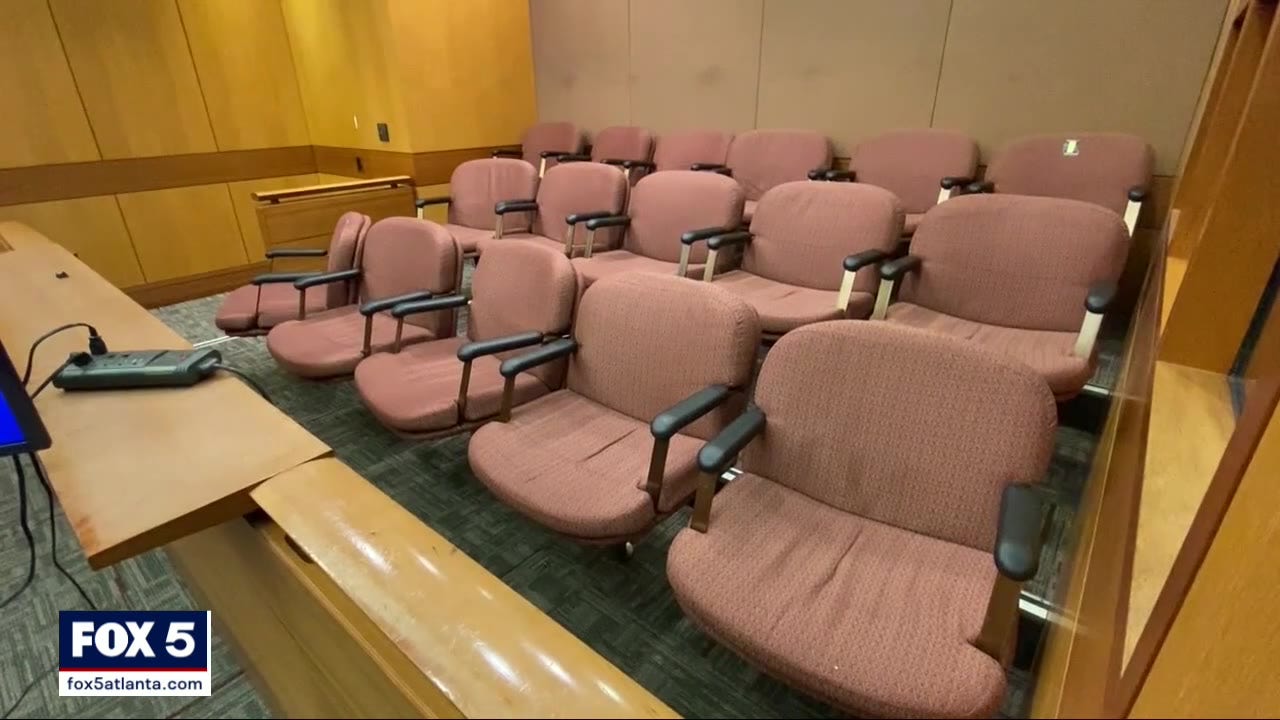