BRIAN SOZZI: The fallout from the new Georgia voting laws have now reached corporate America. This put the nation’s preeminent business leaders in a tough spot, speak out and risk upsetting an array of parties, or not speak out at all, which also could upset an array of parties. Yahoo Finance Editor in Chief Andy Serwer wrote extensively about this topic in his latest newsletter and joins us now.

Andy, you came up– or you wrote about five ironclad truths in the wake of the new Georgia voting laws. What are some of them?

ANDY SERWER: Well, I mean, first of all, that the voting law– that voting has become polarized itself, has become a partisan issue. And I mean, that’s number one. And number two, I mean, to my mind, it’s not really about election integrity, it’s about voting suppression. That got me in a lot of trouble on Twitter.

But also, I think, more importantly and less controversially, that the law set off a chain reaction. The consequences have changed the relationship between politics and business. And then also there’s a lot of nuance here as well. So as you say, you know, business leaders have been put in an awfully tough position right now, CEOs of big public companies in particular.

There is a big confab over the weekend that Jeffrey Sonnenfeld, the Yale University Business School professor, convened, or actually, the CEOs called it and he helped run it. They’re still trying to sort out how to respond, because as you say, Brian, you’re kind of damned if you do, damned if you don’t in terms of speaking out about this law.

MYLES UDLAND: And, you know, Andy, something that you brought up too that I think is interesting is the changing relationship between big business and between the politicians who support them, the politicians that they backed. And something that didn’t come up in your story but I think is certainly the subtext here is corporate taxes and changes in that arena as well.

Because we’re seeing this shifting alignment. You know, are Republicans in favor of big business or small business? Are Democrats supporting unions or are they supporting large corporations, and how that shapes the future of policy? Certainly an undetermined question, but it comes at a very fraught moment also for how fiscal policy is currently being debated.

ANDY SERWER: Oh, absolutely. And everything gets thrown into the mix, Myles. And you saw the companies in Georgia that got involved in that fray. And more on them in a second. But of course, right away, when people don’t like their behavior, when lawmakers don’t like their behavior, they immediately start talking about tax breaks and tax incentives.

This was raised with Major League Baseball, of course, which moved the All-Star game out of Atlanta and over to Denver recently in the wake of this decision by the state of Georgia. And just to give you an idea about two iconic American companies right in the crosshairs here, Delta and Coke. And they both, at first, didn’t come out strongly against this new law and were criticized by the Left, Black Lives Matter, activists, et cetera.

And those people said, we’re going to boycott these companies. A few days later, Ed Bastian, CEO of Delta, and Mr. Quincey over at Coca-Cola came out strongly against the law. And then there were calls for them to be boycotted from the Right. So talk about a damned if you do, damned if you don’t, as I said.

And, you know, this lesson to other companies like UPS and Home Depot in Georgia is like, we better not say anything. But that, of course, gets the Left mad at you. So it’s a very difficult place.

BRIAN SOZZI: And Andy, you also had an opportunity to speak with Time Warner’s former CEO, Dick Parsons. What did he say?

ANDY SERWER: Well, he made the point, Brian, that he’s a lifelong Republican. And he’s very distressed about this new law. And by the way, there is hundreds of other laws like this being proposed around the country, Texas probably coming up next.

But he said, my party, the Republican Party, has chosen to instead of trying to woo voters who may have voted Democrat or may be on the fence, to simply decide to try to shut them out and not have them vote. And that’s a strategy that he says his own party has adopted going forward. And he said, it is not a winning strategy. And furthermore, it goes against the very core values of our country.

So a pretty strong point he made there. He signed a petition, I guess, or an ad that was taken out in the “New York Times” by 72 prominent Black executives, including Ken Frazier, CEO of Merck, and former Amex CEO Ken Chenault, and that is still ongoing. There’s probably going to be some news coming out about some new actions by those CEOs and others this week.

BRIAN SOZZI: Good to see you, and real great read here. Andy Serwer, thanks so much.

Tue Apr 13 , 2021
In May, a landmark piece of Utah bail reform legislation will be largely repealed under a new state law. However, some judges said their courtrooms won’t be fully returning to the old way of doing things. The bail reform law being repealed requires judges to release low-level offenders using the […] 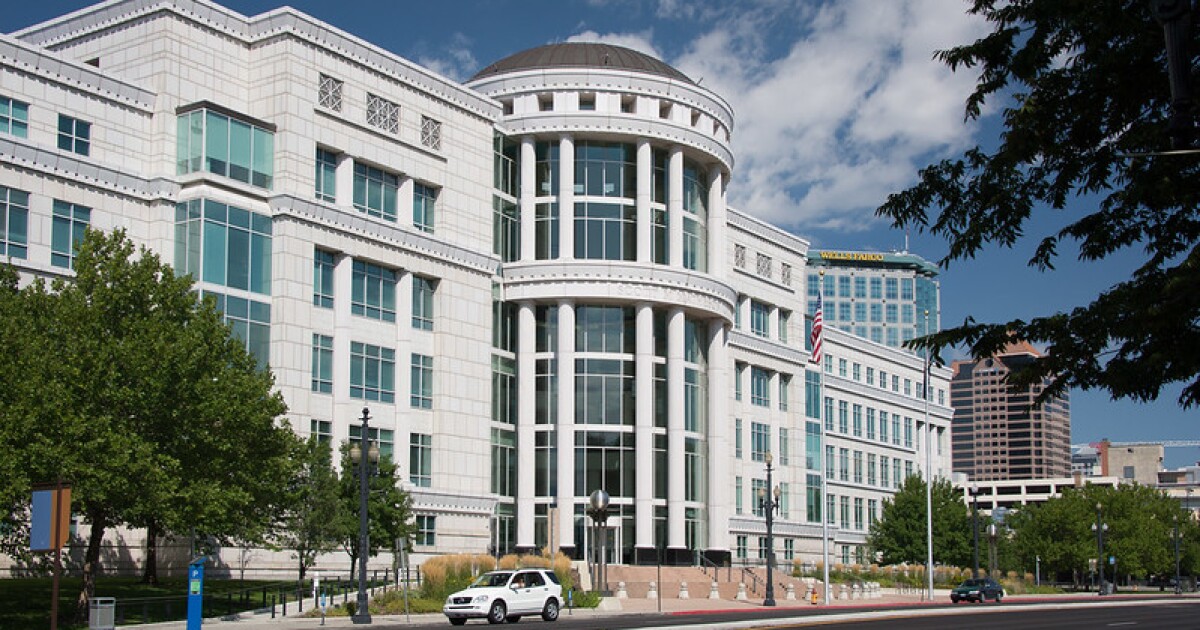