The Supreme Court of Canada (“SCC”) in two recent decisions has continued to clarify and explain the scope of the principle of good faith, which was recognized by the SCC in 2014 as an organizing principle of contract law. The first of these decisions, Callow v. Zollinger, 2020 SCC 45 (“Callow”) (discussed in a previous post), dealt with one aspect of good faith in contracts: the duty to perform contracts honestly (commonly referred to as the duty of honest contractual performance). More recently, the Court released its ruling in the companion case of Wastech Services Ltd v. Greater Vancouver Sewerage and Drainage District, 2021 SCC 7 (“Wastech”), which clarifies a second aspect of good faith in contracting: the duty to exercise contractual discretion reasonably.

What Happened in Wastech?

The Parties had a long-standing contract which governed the removal and transportation of waste by Wastech to three disposal facilities: one in Vancouver, one in Burnaby, and one in Cache Creek (the “Contract”). Wastech was to be paid a differing rate depending on which disposal facility the waste was directed to and how far away the facility was located (i.e. Metro paid Wastech a different rate for waste disposed at the Cache Creek facility relative to the other two, mainly because Cache Creek is farther away). Pursuant to the Contract, Metro had absolute discretion to allocate waste to each facility.

In late 2010, facing budget constraints, and seeking to maximize the remaining life of the Cache Creek facility, Metro exercised its contractual discretion and changed the allocation of waste so that less waste went to Cache Creek and more went to the Vancouver and Burnaby landfills. The decrease of the Cache Creek allocation – roughly 31% in 2011 relative to 2010 – caused Wastech’s operating profit for the 2011 year to sink to 4%, 7 points below target, even after the adjustment payment described above was taken into account.

Wastech launched an action against Metro, claiming damages of roughly $2.9M –the additional amount it says it would have made in 2011 but for Metro’s reallocation. Wastech alleged that Metro breached the Contract by preventing it from hitting its target profit.

What Did the Supreme Court of Canada Decide?

While in Callow, the SCC had dealt with the duty of honest contractual performance, the question in Wastech was different because it turned on whether Metro had breached its duty under another branch of good faith, namely, the duty to act reasonably in the exercise of contractual discretionary powers.

The Court unanimously dismissed Wastech’s appeal and clarified the duty on contracting parties to exercise discretionary powers under a contract “reasonably”. The Court found that the question of whether a party has exercised its powers or discretion under a contract reasonably is measured by reference to the purpose of the contract, and in particular the purpose for which that party was granted the discretionary power at issue.

The Court emphasized that the question of reasonableness is not about whether the court considers the party’s actions fair. Rather, courts must measure reasonableness against the parties’ own expectations as embodied in the contract. If the exercise of discretionary power is unconnected to the underlying purpose of the agreement, it is unreasonable and thus contrary to the requirements of good faith.

Determining the “underlying purpose” of the contract is a matter of contractual interpretation that may depend on the particular clause or provision in question, or may involve reading the contract as a whole, including any recitals, and considering the circumstances surrounding the formation of the contract.

The Court also pointed out that reasonableness in this context does not require contracting parties to place their counterparty’s interests ahead of their own. The Court acknowledged that it is not necessarily unreasonable for parties to perform their contracts in a way that furthers their own interests – even if that comes at the expense of the interests of a counterparty. So long as the exercise of the contractual discretion in question aligns with the underlying purpose of the contract for which the relevant discretionary power was granted, self-interested performance can be reasonable in a post-Wastech world.

The Court found that Metro’s exercise of its discretion to allocate waste aligned with these purposes; it made the decision in furtherance of its own business objectives, by maximizing the efficiency of the landfills and operating the overall system in a cost-effective manner. Its exercise of discretion in this manner was not contrary to the purposes for which the discretion was granted because guaranteeing Wastech a certain percentage of profit was not one of the purposes of the Contract.

For these reasons, the Court was unwilling to conclude that Metro’s decision was a breach of good faith, and therefore a breach of contract, even though it made it impossible for Wastech to achieve its target profit for 2011.

Key Take-Aways: Wastech Not, Want Not?

Tue Mar 16 , 2021
AP March 15, 2021 | 10:37 AM BOSTON (AP) — Massachusetts has released 21 convicted first-degree murderers under the state’s three-year-old medical parole law, most of them in the past year during the coronavirus pandemic, angering prosecutors and the families of their victims. Under state law, people convicted of first-degree […] 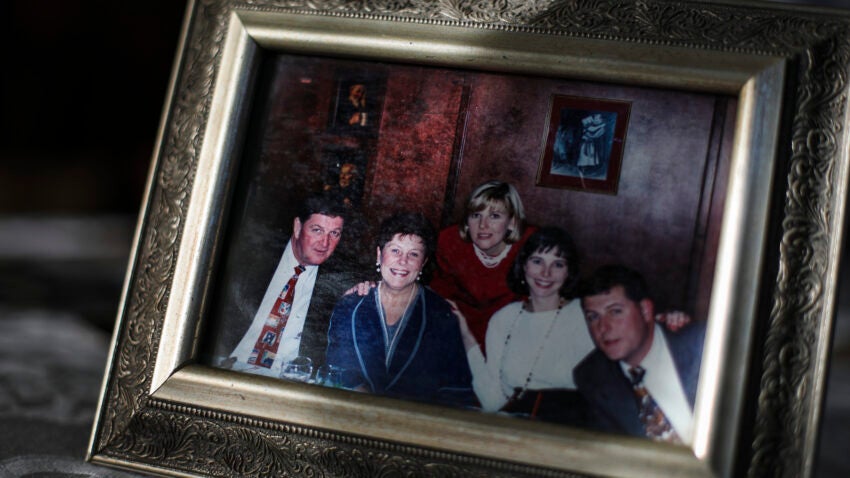