The owners entered arbitration in the Spokane district of Washington Superior Court earlier this year, as NorthWestern Energy sought to determine both how owners decide plant repair decisions and whether a unanimous decision was required to close Colstrip.

Sen. Steve Fitzpatrick, a Great Falls Republican who carried the law changes through the House, likened the dispute between exiting owners and NorthWestern as a divorce with the departing spouse keying the family car on the way out. He accused the Pacific Northwest owners of conspiring to force the plant into mechanical failure, which was the premise behind the need for Senate Bill 266, empowering the attorney general to dictate repairs. Senate Bill 265 forcing power plant disputes into Montana courts was also a Fitzpatrick bill.

Avista Corp. had cautioned Gov. Gianforte against signing the Fitzpatrick bills into law. In a press release concerning the lawsuit, Avista Vice President Jason Thackston said the lawsuit was about protecting Avista customers and shareholders.

“As we shared in a letter to Governor Gianforte last month, we believe Senate Bills 265 and 266 disrupt a contract between and among the Colstrip owners that has existed for nearly 40 years,” Thackston said. “We urged Governor Gianforte to veto the bills because we believe they are both unlawful and unconstitutional, and we have pursued legal action today with other Colstrip owners to protect the rights of our customers and shareholders under the existing contract.”

The Satanic Temple Takes on Corporal Punishment in Schools

Wed May 5 , 2021
In 1977, the US Supreme Court found that the Eighth Amendment clause prohibiting “cruel and unusual punishments” did not apply to school students and that teachers could physically punish children without parental permission. With that as the federal stance, it’s up to individual states to decide whether to allow teachers […] 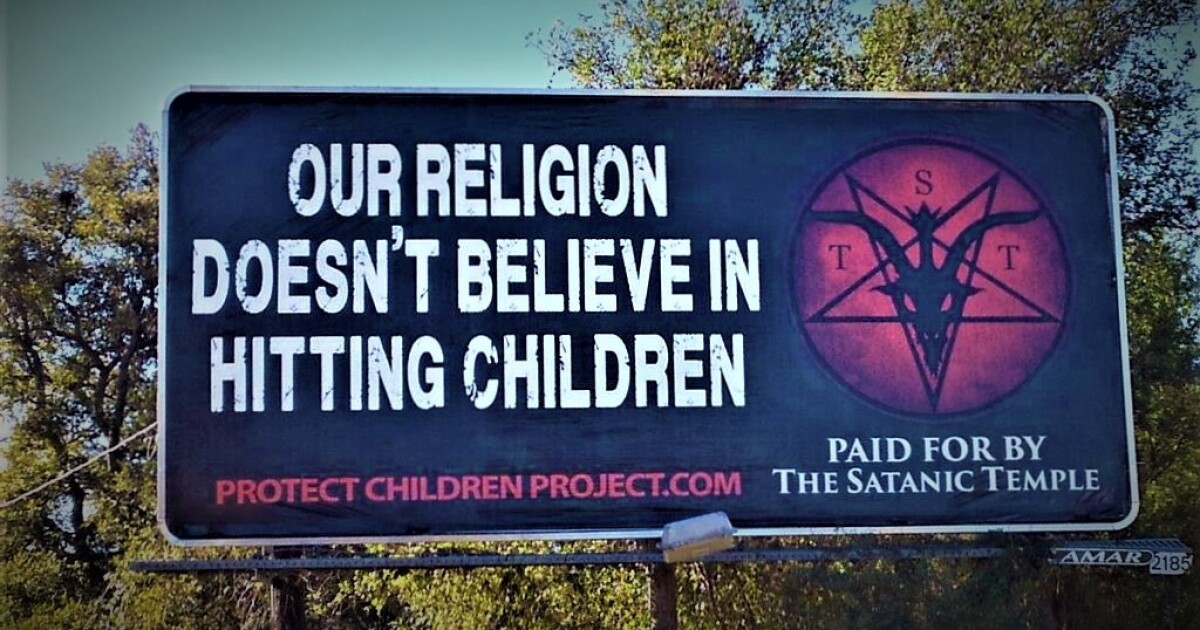