A recent decision of the U.K. Supreme Court may help clarify which law governs an arbitration clause in a commercial contract when the parties have not made that preference explicit.

The U.K. Supreme Court has recently provided helpful guidance on this question in Enka Insaat Ve Sanayi AS v OOO Insurance Company Chubb, [2020] UKSC 38. It established a general rule that a choice of law for the main contract should be construed as the parties’ implied choice of law for their agreement to arbitrate, even where the main contract law differs from the seat of the arbitration. In the absence of any choice of law, however, the Court found that the law of the seat of the arbitration will generally be the most closely connected legal system to the agreement to arbitrate and, thus, the applicable law for the arbitration clause.

In February 2016, a power plant in Berezovskaya, Russia, was severely damaged by fire. Enka was a subcontractor involved in the construction of the plant. Chubb was the insurer for the owner of the plant. The owner had taken an assignment of the rights that the general contractor held under its subcontract with Enka. In May 2019, exercising its right of subrogation, Chubb commenced proceedings in a Moscow court against Enka for damages in relation to the fire at the plant.

Enka’s subcontract, however, included a term providing for arbitration pursuant to the International Chamber of Commerce’s arbitration rules, with London, England as the place of the arbitration. Enka commenced proceedings in the Commercial Court in England, seeking an order restraining Chubb from litigating in violation of the arbitration clause (anti-suit injunction). It also applied to the Moscow court for a stay of the litigation.

A 3–2 majority of the U.K. Supreme Court dismissed Chubb’s appeal, thereby affirming the English Court of Appeal’s decision to grant an anti-suit injunction. All five members of the panel, however, disagreed with the Court of Appeal’s ruling that the law of the seat should be the presumptive choice of law for the arbitration clause. Instead, they found that when the parties’ had chosen a law to govern the main contract, that choice should be their presumptive choice for the arbitration clause.

Lord Hamblen and Lord Leggat wrote for the majority (the “Majority”). They began with the familiar two step choice of law analysis from the common law which provides that a contract is governed by: (1) the law expressly or impliedly chosen by the parties or (2), in the absence of such a choice, the law with which the contract has its closest and most real connection[5]. Applying this framework, the Majority found that a choice of law for the main contract, whether express or implied, should generally be construed as an implied choice of law for the arbitration clause[6]. The dissenting justices, Lord Burrows and Lord Sales (the “Dissent”), agreed with the Majority on this point[7]. The Majority relied on the simple logic that “the arbitration clause is part of the contract which the parties have agreed is to be governed by the specified system of law[8].” They reasoned that this approach would provide certainty, consistency, and coherence, while avoiding needless complexity and artificiality[9]. It is, noteworthy, however, that this is only a presumption of implied choice which may be rebutted where the circumstances warrant a different inference.

The Majority also provided guidance on when the presumption may be rebutted. In particular, the Majority reaffirmed what they styled the “validation principle,” a general principle of contractual interpretation that provides that an interpretation that upholds the validity of the contract is to be preferred to one that would render it invalid or commercially ineffective[10]. In the Majority’s view, if there is a serious risk that the arbitration clause would be invalid or ineffective under the law chosen for the main contract, this grounds an inference that the parties likely did not intend for their arbitration clause to be governed by that law. In addition, the Majority acknowledged that a choice of seat may entail an implied choice of law for the arbitration agreement where the law of the seat requires that an arbitration subject to its procedural law must also be subject to its substantive law concerning arbitration clauses[11].

The Majority also commented on the Commercial Court’s comment that England might not be the most appropriate forum to grant an anti-suit injunction. In the Majority’s view, this was an error, as the effect of choosing London, England, as the seat is a submission to the jurisdiction of the English courts to grant injunctive relief to restrain parties that are found to be in breach of their agreement to arbitrate[17]. In response to Chubbs’s argument that an English court should nonetheless defer to the foreign court as a matter of comity, the Majority stated that comity had “little if any role to play where anti-suit injunctive relief is sought on the grounds of breach of contract[18].” The Dissent agreed with the Majority that the English courts were not required to defer their decision pending the outcome of proceedings in a foreign court[19].

Turning to the merits of the appeal, the Majority found that the subcontract did not contain either an express or implied choice of law[20]. They therefore concluded that the law of the arbitration agreement was English law, because the seat of the arbitration was London, England[21]. Chubb did not dispute that if the arbitration clause were to be governed by English law, then there would be no basis to interfere with the Court of Appeal’s order. On this basis, the Majority dismissed the appeal. The Dissent, however, would have found that the parties impliedly chose Russian law to govern the subcontract and this choice extended to the arbitration clause[22]. As a result, the Dissent would have remitted the claim back to the Commercial Court to decide the issues under Russian law.

The U.K. Supreme Court’s decision provides welcome guidance on a common law issue that is underdeveloped in the Canadian jurisprudence. It is worth noting that the foundational pillars of the Majority’s reasoning are generally applicable throughout Canada’s common law jurisdictions. Canadian common law jurisprudence employs the same two step choice of law framework for contracts[23]. The common law provinces have enacted legislation implementing the UNCITRAL Model Law and the New York Convention, which, as mentioned above, include provisions suggesting that the law of the seat should be a strong connecting factor in the absence of a choice of law. Thus, the U.K. Supreme Court’s decision appears poised to serve as strong persuasive authority for a court or arbitral tribunal applying Canadian common law choice of law rules to international contracts which contain an agreement to arbitrate.

The situation in respect of interprovincial contracts is, however, not as clear. Common law choice of law rules also apply to interprovincial contracts[24]. But, there is no equivalent to article 36(1)(a)(i) of the UNCITRAL Model Law and article V(1)(a) of the New York Convention in domestic arbitration legislation to suggest a default rule in favour of the law of the seat in the absence of a choice of law. Therefore, the Dissent’s approach of favouring the main contract law over the law of the seat as having a closer and more real connection to the arbitration clause could carry some weight in the case of domestic arbitrations providing for a place of arbitration that differs from the main contract law. Nonetheless, Canadian jurisprudence reflects cohesive choice of law rules, as opposed to differentiating between international contracts and interprovincial contracts.

Originally published in the Canadian Arbitration and Mediation Journal

Wed Apr 7 , 2021
Nine officials in North Macedonia”s interior ministry have been arrested on suspicion of illegally issuing passports to overseas criminals. The suspects were detained on Tuesday after a two-year surveillance operation, according to interior minister Oliver Spasovski. Spasovski told reporters the arrested individuals had abused their positions in the ministry’s passport […] 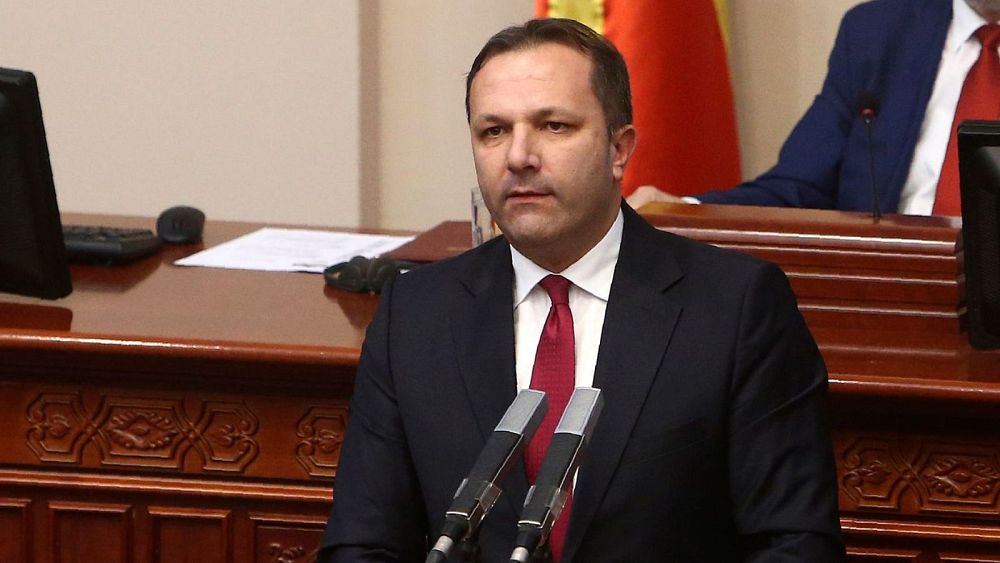