The executive board of the Fraternal Order of Police has overwhelmingly approved a new eight-year contract, setting the stage for a ratification vote by rank-and-file Chicago police officers in line for a 20% pay raise, more than half of it retroactive.

FOP negotiator Paul Vallas pegged the total cost of the contract at $600 million and the cost of the retroactive pay raise alone at $365 million.

The retroactive pay raise for firefighters and paramedics cost taxpayers $96 million, and “we’re three times their size and we got an extra year,” FOP President John Catanzara noted Monday. “It’s not because we’re taking ’em to the cleaners. It’s because we waited four years for the money.”

Mayor Lori Lightfoot didn’t quarrel with the $600 million price tag when asked Monday how she plans to pay for it.

“If you check our budget, we’ve been tucking money away for this, little by little, every year. So we feel prepared to manage the expense that will be incurred. And we can give you more details later,” the mayor told reporters after an unrelated afternoon news conference.

For weeks, Lightfoot had played cat-and-mouse about the new contract. When Catanzara announced the deal to his members by posting a YouTube video, Lightfoot said he was mistaken.

That finally changed when City Hall announced the deal Monday afternoon — after it had been reported by the Sun-Times and after ballots starting going out to rank-and-file officers who still must ratify the deal.

“I told them over and over again, `We’re not gonna talk about money unless we talk about accountability.’ I’m happy with the progress that we’ve made on reform and accountability. … Those are the top-line features. We’ve built into the contract some other resources to help support our men and women around health and wellness.”

The contract calls for rank-and-file officers to receive a 10.5% retroactive pay raise and 9.5% more through January 2025.

Catanzara said he has no idea how much money, if any, the city has squirreled away for the retroactive pay raise. Lightfoot’s 2021 budget included just $100 million for that purpose.

As for where the rest of the money will come from, Catanzara said it’s not his problem.

“That’s on the mayor and that’s on every single alderman who didn’t pay attention when they passed a budget last October that clearly had only $100 million set aside for police back pay, which was pretty short-sighted, since the Fire Department got the same amount,” he said.

“They have $900 million from the federal government, at least, out of $2 billion that we’re getting. … I have no idea what the guidelines are” for spending the federal relief money, Catanzara added. “I know it was OK to use to hire police officers. I know it can’t be used for pension obligations. But I don’t know that there’s a prohibition for using it for anything else other than that.”

Vallas said the city has “put some of the retro money away — less than half.”

Among those reforms, according to the city:

• Ending “the 40-year ban on the investigation of anonymous complaints about police misconduct” and expediting the override process that paves the way for those complaints.

• No longer allowing officers to change their stories after reviewing bodycam video of an incident.

• Eliminating a requirement that disciplinary records older than five years be destroyed.

• Broadening the use of police disciplinary records in cases involving police misconduct, including verbal abuse.

The city has also agreed to increase so-called “duty availability pay” to $950-per-quarter and raise the annual uniform allowance to $1,950.

On the health care front, rank-and-file police officers will be asked, for now, to absorb “only 50%” of the increase in health care contributions imposed on police sergeants and Chicago firefighters and paramedics. The rest of that increase will be postponed until next July, allowing members to retire under the current 2.2% at age 55 and at 0% for those 60 and over.

Although the contract includes what Vallas has called “core accountability issues,” more controversial disciplinary changes must still be negotiated and “may end up in arbitration.”

Despite the $600 million tab, Vallas has argued the contract “should not require an increase in taxes. Nor should it delay the filling of police vacancies in order to have the needed financing.”

Tue Jul 27 , 2021
Jefferson Health says a cloud-based database with information on 1,769 patients treated at the Sidney Kimmel Cancer Center was breached in April during a national attack on a software vendor. Hackers targeted software used for radiation treatment by oncologists. Elekta Inc. informed Jefferson of the extent of the cyberattack on […] 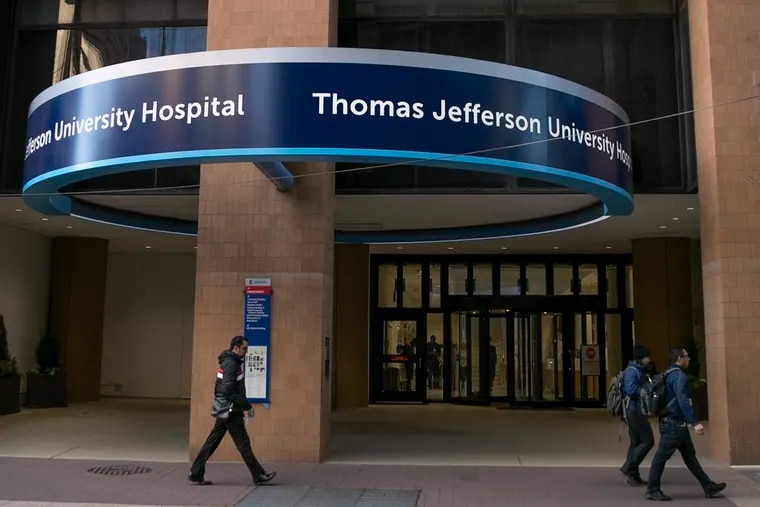