Meanwhile, proposed legislation that would address police union contracts with provisions that remain roadblocks to criminal justice reform have been getting swept into the dark corners of the legislative session.

When I asked House Speaker Emanuel “Chris” Welch’s spokeswoman why there has been so much emphasis on CTU’s bargaining rights while legislation dealing with cop contracts has gone nowhere, she said the speaker is “moving bills based on member priorities.”

When you consider the politics involved, the new House speaker’s perspective makes sense.

Campaign season is on the horizon. It takes money to win elections.

Take, for example, state Sen. Bill Cunningham, who represents a district with a huge population of cops and teachers.

The Southwest Side Democrat received two $2,500 donations from the CTU’s political action committee on March 31 and April 1 — $5,000 in all — packed in his campaign war chest days before Gov. J.B. Pritzker signed into law a Senate bill Cunningham championed on the union’s behalf.

And on Thursday, a state House amendment to a bill co-sponsored by Welch — who last month accepted a $59,900 CTU donation, the max allowed under campaign finance laws — was forwarded that would eliminate the requirement for 75 percent of teachers to authorize a work stoppage.

The amendment — introduced by state Rep. Angelica Guerrero-Cuellar, former House Speaker Michael Madigan’s second choice for his own replacement in the Southwest Side district — also currently contains a provision that would require Chicago public school officials to negotiate the length of school days and the school year.

The CTU has donated more than $500,000 to campaign funds controlled by Madigan, who remains a Democratic Party committeeman after resigning from the House after being implicated (but not charged) in a federal corruption investigation, public records show.

There isn’t anything illegal about the exchange of cash between publicly funded labor unions and elected officials they lobby for favorable legislation. But it is worth noting when politicians cashing union donation checks have a hand in pushing pro-labor bills that affect regular folks.

And teachers strikes affect Chicago parents. Just ask anybody who sent a kid to Chicago Public Schools in the ’80s, when teacher walkouts were a regular occurrence — before the state handed Chicago’s mayor control over the school district in 1995 and limited the issues that the CTU could strike over. The move was followed by improved graduation rates and 25 years of labor peace.

Guerrero-Cuellar’s proposed change to state labor laws was up for a second reading just weeks after a state law went into effect that preserved CPS’s ability to keep the work day hours and the school year calendar off the bargaining table.

What doesn’t seem to be a legislative priority in Springfield is dealing with provisions in state law that allow police union contracts to take legal precedent over state laws, executive orders and administrative rules regarding police misconduct investigations for instance.

The legislative Black Caucus’ massive criminal justice reform bill recently signed into law by Pritzker was gutted of provisions that would no longer allow police unions to engage in collective bargaining related to how cops are investigated and punished for misconduct.

It happened during the wee hours of the lame-duck veto session in January.

The “Act Takes Precedent” provision in state law states that when a collective bargaining agreement conflicts with state law, the union contract “shall prevail and control.”

During this legislative session, state Rep. Justin Slaughter (D-Chicago) introduced a bill that would eliminate the provision that allows police union contracts to trump state laws.

The legislation was introduced to the same committee that forwarded the latest bill that aims to bolster CTU’s bargaining, only to be referred to the Rules Committee — where bills historically go to die. State Sen. Mattie Hunter (D-Chicago) filed a similar bill in the Senate that quickly got pushed to a committee without any debate, as well.

All around the country — after a year of civil unrest sparked by the death of George Floyd under the knee of Minneapolis police officer Derek Chauvin, who was convicted of murder last week — there have been efforts to strip police union contracts of provisions related to misconduct investigations and punishment, instead treating officers accused of misdeeds like other public employees.

In Washington, D.C., a federal judge dismissed an FOP motion arguing a law that blocked the union from bargaining over matters of police discipline.

Cornell University labor law professor Alexander Colvin told Bloomberg Law that court rulings like one in D.C. suggest state legislatures are “in a strong position” to follow suit, “if they choose to go in that direction.”

But in Illinois, addressing police contract terms that for generations have stood in the way of police accountability still isn’t as important as making it easier for Chicago teachers to strike.

And campaign season is coming.

Mark Konkol, recipient of the 2011 Pulitzer Prize for local reporting, wrote and produced the Peabody Award-winning series, “Time: The Kalief Browder Story.” He was a producer, writer and narrator for the “Chicagoland” docu-series on CNN, and a consulting producer on the Showtime documentary, “16 Shots.”

Sat Apr 24 , 2021
(4:05 p.m. Friday)One man is dead after a high-speed chase and crash, and two suspects are holed up in a Billings West End home with possible hostages Friday afternoon, Police Chief Rich St. John said. Billings hostage negotiators are currently in contact as of 4 p.m. with the two suspects, […] 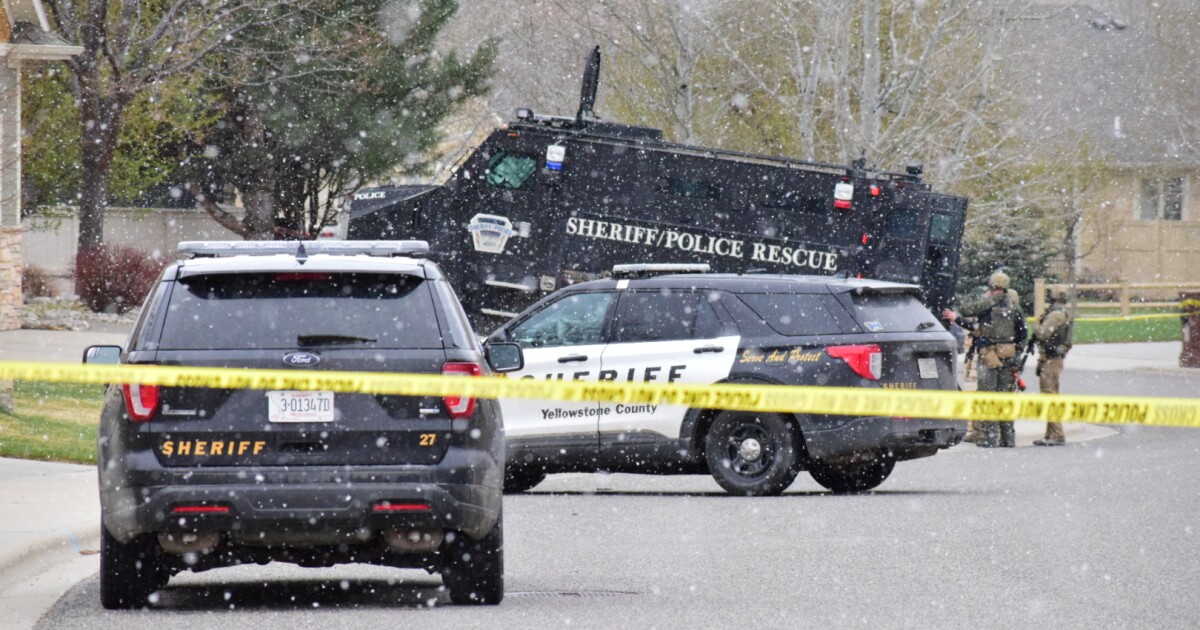