The answer to the question posed by the title of this week’s blog is, in short: yes, it can. Of course, that doesn’t mean that it always will.

Frustration of Contract as a Legal Concept

Frustration of contract is a legal concept that is not unique to employment law – it can arise in virtually any situation in which a contractual relationship has been formed. To put it simply, a contract can become “frustrated” where it becomes impossible to complete the contract through no fault of either party. The classic example is where two parties enter into a property rental agreement. If there is a fire and the property burns down, it will be impossible to complete the contract, but this will not be the fault of either party. In that case, both parties will be relieved of their obligations going forward.

Frustration of Contract in Employment Law

In the employment law context, frustration of contract occurs when an employee is unable to work, and there is no reasonable likelihood that they will be able to return to work in the foreseeable future.

In Canada, an employer cannot hire or employ any individual who is not legally eligible to work. This includes:

The consequences for employers who unlawfully employ a worker who is not eligible to work in Canada can be significant, including:

When an employee’s work permit expires or is revoked for any reason, an employer cannot allow them to continue working. In other words, as soon as the employee is no longer eligible to work in Canada, it becomes impossible for the employee to provide services to the employer in exchange for compensation.

As a result, where there is no reasonable likelihood that the employee will become legally eligible to work in Canada in the foreseeable future, an employer will likely be able to successfully argue that the employment relationship has been frustrated. This could include, for example, where the employee is not eligible for further work permits or where their application for an extension or subsequent permit has already been denied.

Consequences of Frustration of Contract for the Employee

The consequences of frustration for the employee are significant: they would not be entitled to any compensation arising out of the end of their employment. This is because the employer is not terminating the relationship, and the employee is not resigning – the contract has simply come to an end through neither party’s actions.

O. Reg 288/01 under the Employment Standards Act, 2000 provides that “an employee’s whose contract of employment has become impossible to perform or has been frustrated by a fortuitous or unforeseeable event or circumstances” is not entitled to notice/Termination Pay or Severance Pay, unless the frustration is as a result of an employee’s illness or injury. This means that an employee whose contract of employment is frustrated as a result of the expiry of their work permit will have no entitlement whatsoever to notice and/or pay in lieu of notice, not even under employment standards legislation.

As noted above, the expiry of an employee’s work permit does not automatically result in the frustration of the employment relationship. Whether or not the relationship has truly been frustrated will depend on the circumstances of each case.

As with any absence, it is possible that an employee who has lost their work permit may only be unable to work for a temporary period of time. For example, consider an employee who, due to an administrative error, has a two week gap between the expiry of one work permit and the start date of the next. It would be challenging for an employer to argue that the employment relationship has become frustrated upon the expiry of the first work permit when the employee will be in a position to resume work only two weeks later.

In a situation where there is a possibility that an employee could becoming legally eligible to work in Canada again in the foreseeable future, such as where an employee has applied for permanent residency and is still awaiting a decision at the time their work permit expires, an employer should consider whether it is possible for the employee to utilize their vacation time or take an unpaid leave of absence until they are able to work again.

As with any situation where an employee is unable to attend at work, it is crucial that employers not rush to judgment and consider each situation carefully. Similarly, any employee faced with a claim by their employer that their contract of employment has become frustrated for any reason should seek legal advice to understand their rights and entitlements.

Since being called to the Ontario Bar in 2013, my practice has been dedicated to assisting both employers and employees to manage their workplaces. My approach to workplace issues is one that is pro-active and preventative. I take great satisfaction in assisting employees and employers to identify and deal with potential issues before they have an opportunity to evolve into serious headaches for both parties. I also take great pride in acting as a vigorous advocate on behalf of my clients, whether at the bargaining table or beyond to the trial stage.

Explained: The what, when and why of Paytm’s $3-billion IPO

Mon May 31 , 2021
The fintech platform is launching one of India’s most ambitious public offerings — will it attract investors? Paytm is rated to be India’s highest valued unicorn; it was last valued at $16 billion, in 2019. Paytm, which shot to fame with full-page ads on the front pages of leading newspapers […] 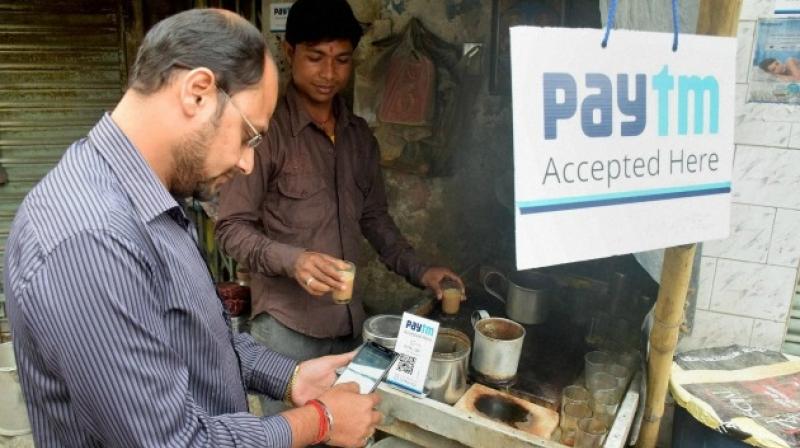