LOUISVILLE, Ky. — On Jan. 21, Mayor Greg Fisher’s Office and the River City Fraternal Order of Police (FOP) Lodge 614 began negotiations on the next Louisville Metro Police Department (LMPD) contract. Apart from that, members of the public know little else about the negotiations, which are conducted in private, between the union and the city.

What You Need To Know

But after the police killing of Breonna Taylor last March, a summer of protests against racial injustice, and increased national attention to police contracts, some Louisvillians are agitating to change that policy. Hundreds of community members, including at least one member of the Louisville Metro Council, are calling on Fischer to allow public observers at all negotiations between the city and the FOP.

So far, the petition has nearly 1,300 signatures. Newly elected Metro Councilman Jecorey Arthur (D-Dist. 4), who has called for the public to have “more say in negotiations” between the FOP and the city, told Spectrum News 1 that he has signed the petition is “definitely a supporter.”

Asked for Fischer’s position on the petition, spokesperson Jean Porter said, “Ground rules established at the start of these negotiations stipulate that they be private.” She also pointed out that the contract requires Metro Council approval, at which point “the public will be able to weigh in.”

The negotiation of police union contracts has not always inspired petitions and protests, but that began to change after the formation of the Black Lives Matter movement in 2013. Organizations such as Campaign Zero, a national police reform project, have highlighted how “police union contracts make it more difficult to hold police officers accountable for misconduct.” A Campaign Zero analysis of the 2018 FOP contract with the city of Louisville found that it contained all six of the common provisions the group says “block accountability” for police.

Among them is a provision that prevents police officers from being interrogated immediately after being involved in an incident. The current contract between the FOP and the city stipulates that no member “shall be subjected to interrogation in a departmental matter involving alleged misconduct” until 48 hours after a request for such an interview is made in writing. This provision is also written into Kentucky state law in the police Bill of Rights.

Rachel Hardy, also with The 490 Project, said the 48-hour rule is just one way police officers are afforded rights “that are not granted to everybody else in the general population.”

She also pointed to provisions that limit the type of information that can be held in an officers personnel file. “Like in any other career, you would expect your misconduct to follow you, especially when you are armed,” she said. “The fact that misconduct is not uniformly traceable is a huge problem.”

Mutuyemariya said a key reason to focus attention on the police contract is that Fischer often blamed the agreement for preventing him from disciplining the officers involved in Taylor’s killing.

“If this contract prevents our mayor from being able to hold police accountable, we need to understand what happens when the contract is negotiated and how we can ensure that officers aren’t able to be protected when they are involved in these types of situations,” she said.

Many similar concerns were raised last year by protesters and members of the Metro Council, which voted 16 to 10 in November to approve a new, short-term contract. At the time, Councilwoman Keisha Dorsey (D-Dist. 3) said approving the contract without significant reforms was an insult to people who have been waiting years for such action.

The issues with the FOP contract have not gone unacknowledged by Fischer. In October, when he announced the short-term contract, he said one goal of future negotiations would be to reach a deal with the union that is “reflective of our community’s demand for reform.”

“My commitment is to listen to the people and to make reforms to address the challenge of police legitimacy and trust, including steps to diversify LMPD to better represent the community it serves, and to foster a culture that promotes transparency and accountability,” he said.

But it’s unclear how open to those reforms the FOP will be. The lodge did not respond to a request for comment, but president Ryan Nichols has previously questioned the need to reform LMPD.

As for opening up contract negotiations to the public, the union has recently shown hesitation toward transparency in the contract process. Last year, after it agreed to a new contract with the mayor’s office, union officials argued that Metro Council approval of the agreement was not necessary at all. Jefferson County Attorney Mike O’Connell’s office issued an advisory opinion disputing that claim.

“We believe a court would find that any collective bargaining agreement becomes valid and enforceable only upon approval by the Metro Council,” the opinion said.

Those calling for transparency in Louisvlle’s police union negotiations are part of a growing movement of activists around the country who have made similar calls in similar situations. They’ve mounted efforts in Kansas City, Houston and Seattle, among other cities.

In November, Philadelphia held its first-ever public hearing on a police union contract. The hearing, which allowed citizens to weigh in on the contract the city was offering the union, followed the passage of City Council legislation that was not well received by local police. The union filed a lawsuit arguing that it was unlawful, according to Pennsylvania state law.

University of Louisville law professor Ariana R. Levinson, who specializes in labor and employment law, has searched for a similar statute in Kentucky law and come up empty.

“If there is something, it’s an agreement between the parties, between the mayor and LMPD and the FOP, that hasn’t been shared with the public. We don’t even have access to be able to see why it is that they’re having it confidentially,” she said.

Levinson said members of the public or the media should be allowed into the negotiations because they impact “the public beyond just the union and the city.” She also suggested that the final result could be different. More eyeballs on the proceedings could prevent the city from making concessions to the union, she said.

Mutuyemariya acknowledged that the fight to allow public observers into the negotiations is an “uphill battle,” but insisted that the long odds will not deter her and those advocating alongside her.

“What we want to make clear is that we’re not going anywhere,” she said. “Even if we’re not successful in this effort, there are many other things we have planned to continue to increase civic engagement and to make sure the mayor knows we want a voice and we want to be heard.”

Some local residents in favor of Schumer's marijuana-reform proposal

Thu Feb 4 , 2021
CORPUS CHRISTI, Texas — On Monday, Senate Majority Leader Chuck Schumer announced that he’s working with Senators Cory Booker of New Jersey and Ron Wyden of Oregon on legislation for what he called “comprehensive marijuana reform.” Here in Texas it is not legal to possess marijuana or products that contain […] 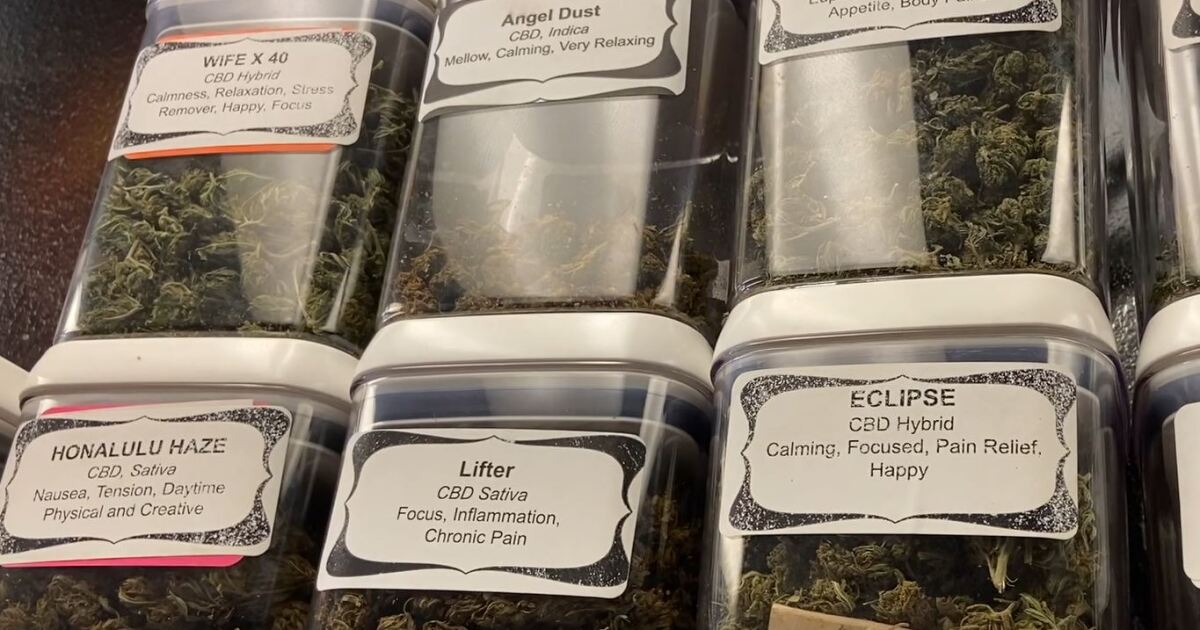