At a time when labor unions are struggling across the United States, California on Friday signed a first-time contract with 40,000 child care providers under a new collective bargaining agreement.

With his signature, Gov. Gavin Newsom ratified the contact with Child Care Providers United, increased wage rates and began phasing in 200,000 subsidized child care slots that the governor and advocates said are crucial to reopening a state economy pummeled by the pandemic by allowing more parents to go back to work.

“At the end of the day, this is about economic development,” Newsom said. “This is about fundamental infrastructure — the human capital — that’s as important as roads and bridges.”

The bargaining agreement also empowers caregivers, who are primarily women — many of them women of color — he said.

“Now 40,000 strong, this hasn’t happened in the country,” Newsom said during an online signing ceremony. “This is one of the most significant and important organization efforts that has occurred in years and years in the United States of America.”

Newsom is facing a Sept. 14 election that could lead to his recall from office, and he referenced the child care providers’ unified push for a contract that he saw earlier on the campaign trail. Some providers at a June rally said they might reconsider their support of Newsom if they lacked a contract and higher wages.

The caregivers hadn’t seen an increase in provider rates in four years and complained that their pay often amounts to less than minimum wage after expenses. The agreement includes a 4.05% cost-of-living adjustment, among other rate changes that vary by location, and creates a “rate reform workgroup” to recommend additional changes.

The bill signing ends one of the stickiest budget negotiations between Newsom and his fellow Democrats who control the state Legislature.

Union negotiator Miren Algorri, a child care provider in San Diego who in June criticized Newsom as uncaring, on Friday praised the agreement as a way to prepare more children for school while aiding working parents and the economic recovery.

The pandemic caused a “she-cession,” rather than a recession, by disproportionately pulling women out of the workforce — often for lack of child care, said state Sen. Nancy Skinner (D-Berkeley), who heads the Senate Budget Committee. With the new law, “women and parents can get back to work in California,” she said.

She and others said it’s also about showing respect to providers.

“Today’s action means our voices are finally being heard after our decades-long fight,” said Rasiene Reece, a union negotiator and longtime child care provider from San Bernardino County. “This is an important down payment as we make child care jobs sustainable and reflective of the important work we do.”

DC Police Chief: "You Can Not Coddle Violent Criminals," They Need To Be Off The Streets | Video

Sat Jul 24 , 2021
Washington D.C. police chief Robert Contee spoke out Friday about rising crime and the way the justice system has been paralyzed by COVID lockdowns at the site of a shooting last night. What happened last night on 14th Street is “unacceptable in any community,” he said. “This should be shocking […] 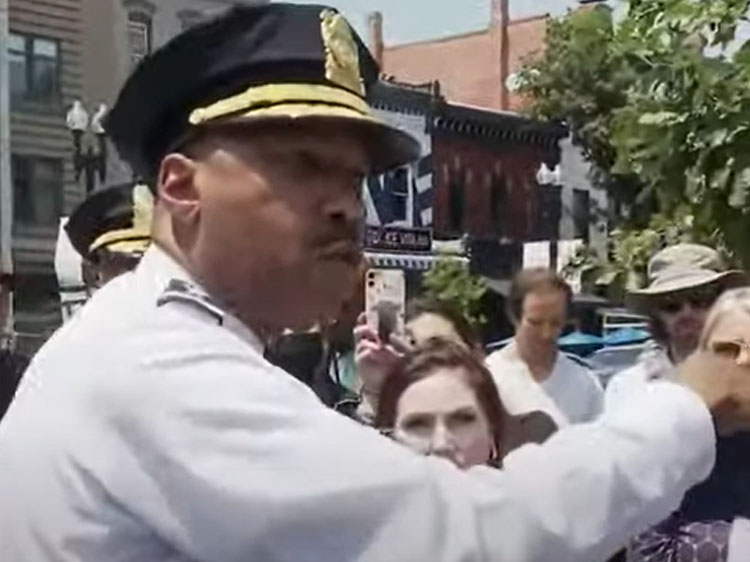