OPINION: Lt. Col. Troy Doyle’s suit accusing St. Louis County of backtracking on appointing him as police chief is one of many examples of institutional racism in policing

The case of Lt. Col. Troy Doyle of the St. Louis County Police Department is a reminder that Black police officers, and even high-ranking police commanders, face racism on a daily basis. Institutional racism and discrimination — and those who bankroll white supremacy — remain obstacles to law enforcement reform.

This problem is real and in full view.

A Black man and a 29-year police veteran, Doyle has served in numerous roles and capacities and has fought racism within the department. And he was president of the National Organization of Black Law Enforcement Executives (NOBLE) and a founder of the St. Louis County Police Department Police Athletic League.

Doyle filed a lawsuit alleging County Executive Sam Page backtracked on a plan to appoint him as the first Black police chief of the department after Page received “push back” from influential corporate donors. Those entities include the St. Louis Police Foundation — which provides funding to the St. Louis County and Metropolitan police departments, and whose board consists mostly of white corporate CEOs — and Civic Progress, now known as Greater St. Louis, Inc., which represents the St. Louis business community.

Page, who according to Doyle feared losing campaign contributions, was reportedly “shocked” and felt like he was “living in the ’60s” based on these unnamed donors’ reactions to the prospect of Doyle as a Black police chief. These individuals allegedly asked Page “what he was going to do with the Black guy,” and hoped Page “didn’t make him chief.”

The lawsuit claims “Plaintiff’s race and/or his opposition to racially discriminatory conduct within the St. Louis County Police Department was the motivating factor in Defendant’s decision not to elect him for the chief of Police position.”

Doyle also alleges these donors exerted influence on the county Board of Police Commissioners — who are appointed by the county executive and approved by the county council — to select a white candidate. And a white board member said the county did not “need” a Black police chief, according to Doyle’s petition.

Last year, the board lowered the standards for the top cop job, now requiring candidates only hold the rank of captain rather than lieutenant colonel. In the end, Captain Mary Barton, a white woman of lower rank than Doyle, was appointed to lead the force. Barton, whose brother-in-law was fired as a police dispatcher for blasting the n-word over the radio, insists there is no systemic police racism.

The Ethical Society of Police, an anti-racism organization formed by Black St. Louis officers in 1972, released a statement saying Lt. Col. Doyle’s allegations “exemplify systemic racism at its highest levels leveraged by corporate backers and their foot on the neck of progress.”

“Racism is expensive,” former Missouri State Rep. Maria Chappelle-Nadal tweeted. “The totality of lawsuits claiming racial discrimination – with a growing index of evidence – will probably amount to the largest payout from a governmental entity the size of St. Louis County in recent history. Buckle up for this ride.”

Last year, St. Louis County settled for $10.25 million with a police sergeant who claimed discrimination because he is gay.

After years of documented evidence of police brutality and misconduct in melanin-infused communities, and discrimination within law enforcement agencies, America now must grapple with the issue of systemic racism in policing. From the 2014 death of Michael Brown in Ferguson and Sandra Bland the following year, to the ambush murder of Breonna Taylor and the choking death of George Floyd last year, the rise of Black Lives Matter has brought heightened public awareness of an epidemic.

This, along with a Blue Lives Matter countermovement promoting white supremacy and creating a false dichotomy between support for Black life and support for the police.

Moreover, the Jan. 6 Capitol insurrection has forced America into a coming to Jesus moment on white supremacists in law enforcement, and the racism against Black police officers. During the insurrection, off-duty cops were among the white mob, which also included enlisted soldiers, veterans, militias, white supremacists and others that stormed the seat of government, killed and maimed police officers and planned to assassinate elected officials.

Heroic Capitol police officer Eugene Goodman became a symbol that day, as he and other Black officers faced violence and racial epithets from rioters carrying Trump 2020, Confederate, Nazi and thin blue line flags, even as they grappled with racial discrimination from their own department.

As white police officers coddle white supremacists and mass murderers yet brutalize racial justice protesters, join hate groups and extremist Facebook groups, and participate in insurrections, it is no wonder communities of color are catching hell.

“I don’t know if I run across white supremacists within the police department, but I do run across people that have extreme views, and they may agree with a lot of views of people that may identify themselves as white supremacists,” said Sgt. Vincent Montague, the current President of the Black Shield Police Association in Cleveland and a 12-year veteran of the Cleveland police.

“And things like that are real. And you do see Caucasian officers, particularly Caucasian male officers, they show more empathy to people, whether it’s an insurrection, whether it’s a homicide, whatever. You definitely see that, and you see the lack of empathy they show towards a Black person that could have just been arrested for a misdemeanor crime.”

Alex S. Vitale, professor of sociology at Brooklyn College and author of “The End of Policing,” which calls for the abolition of police, says rooting out the insurrectionists will not fix this.

“The fact is that this is a profound political problem and that the problem of this white supremacist violence is being funded by billionaires, is being enabled by members of Congress and the Senate, and at the time the president of the United States,” Vitale told theGrio, singling out Robert Mercer, the Scaife family and others who fund right-wing talk radio, Qanon websites and congressional candidates.

“I will also point out that police have always had very high representation in white supremacist and extreme right-wing organizations, from the KKK to the John Birch Society to anti-communist leagues. This has always been at the center of policing as an institution, and there are reasons for that rooted in their existence as violence workers,” Vitale added.

“Systemic racism exists within the St. Louis County Police Department,” Lt. Col. Doyle recently told the St. Louis County Council, pointing to a problem arising from the founding of the department in 1955. “As much as it pains me to say that, it must be publicly stated in order for us to begin the healing process and start the process of building trust in our communities.”

Have you subscribed to theGrio’s podcast “Dear Culture”? Download our newest episodes now!

Sat Mar 27 , 2021
The Hennepin County judge running the trial of ex-Minneapolis police officer Derek Chauvin in the death of George Floyd is facing the biggest test yet of his long legal career. In addition to his 14 years on the bench, Judge Peter Cahill’s nearly four-decade career includes stretches for the prosecution, […] 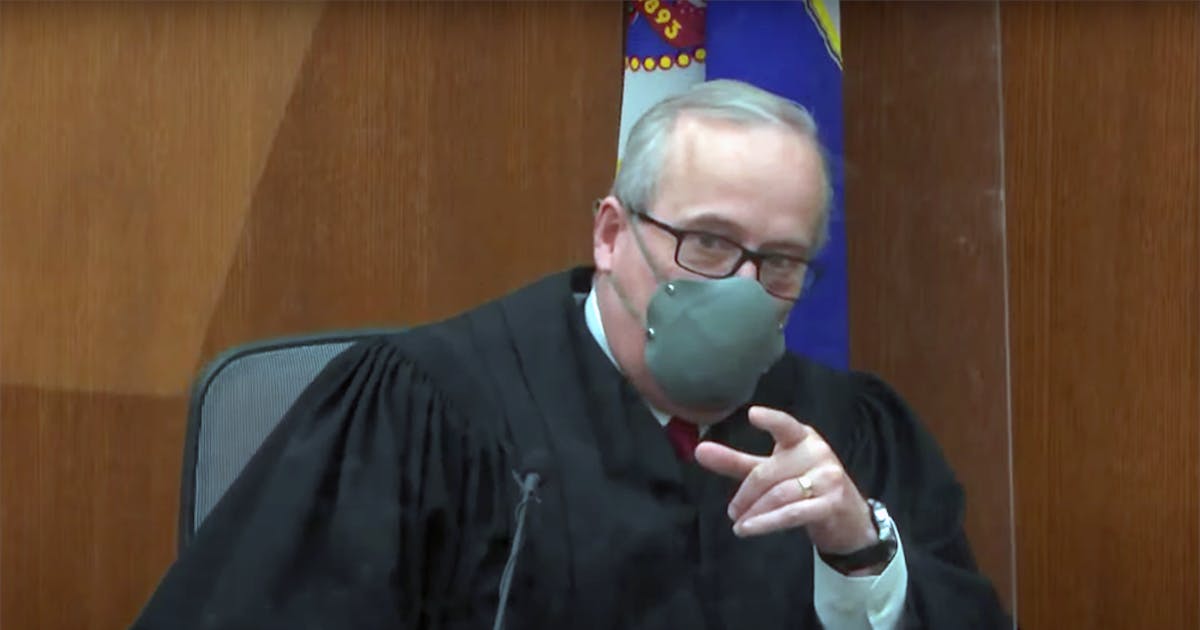