The House Oversight and Reform Committee approved a pair of postal reform bills Thursday that will now head to the House floor for a vote.

Committee Chairwoman Carolyn Maloney (D-N.Y.) said at Thursday’s markup meeting that the bipartisan postal reform legislation has been “years in the making,” while Comer said he believes the bill has “a good chance of becoming law.”

The bill, Comer added, doesn’t give “everyone everything they want,” but said the final text of the bill contains provisions that Republicans fought hard to include.

Republicans on the committee said they were more receptive to a deal that included eliminating the 2006 mandate for USPS to pre-fund retiree health benefits well into the future and integrate future retirees into Medicare, now that Postmaster General Louis DeJoy introduced a 10-year plan that seeks to correct the agency’s long-term financial challenges by 2030.

Republicans on the committee were less receptive to a postal reform deal under the tenure of former Postmaster General Megan Brennan, who often hinted at progress on a 10-year plan, but didn’t release the plan prior to her retirement in early 2020.

Comer said Republicans insisted on language that would require USPS to stand up an online dashboard that would give the public a look at on-time delivery metrics by ZIP code.

“It’s one thing for the Postmaster General to release a plan, but Republicans demand that the Postal Service follow through and inform Congress of that plan’s implementation,” he said.

Comer also said minority members fought for assurance from USPS that mail rates for newspapers, magazines and catalogs “cannot be increased dramatically to make up for diminishing first-class mail.”

“The bill today is a compromise: Republicans will support remedying the present financial condition of the Postal Service in return for a future in which Congress doesn’t have to give it a bailout,” Comer said. “I believe we’ve struck a good deal for everyone, and ushers in a new era for the Postal Service based on reliability, transparency and affordability.”

Foxx said the bill, together with the USPS 10-year plan, offers a bipartisan path to passing a reform bill that previous sessions of Congress have failed to deliver.

Rep. Pete Sessions (R-Texas) said the negotiations between Democrats and Republicans on this bill should serve as a “model” for how the committee works on other issues, but also expressed reservations about rising postal rates that USPS is seeking to implement.

The committee also passed a second postal reform bill that includes provisions and amendments Republicans said they are unwilling to negotiate.

The Postal Service Improvement Act would require all mail-in ballots to include a trackable barcode and other design features that would make it easier for postal employees to sort and track mail-in ballots.

It would also grant 12 weeks of paid parental leave to all USPS and Postal Regulatory Commission employees. Former President Donald Trump signed the Federal Employee Paid Leave Act in December 2019, granting this paid leave to most federal employees, but left USPS employees out of the deal.

“We now have the opportunity to correct that,” Maloney said.

Comer said the bill “is a bridge not only too far, but even a step backward,” that entangles federal involvement in state-run elections and saddles the agency with the cost of new employee benefits.”

USPS, he said, estimates the paid leave provision would cost $200-to-600 million a year.

“The Postal Service should not be forced to absorb the cost of expanding additional benefits to its employees, especially not with their dire financial challenges,” Comer said.

Fri May 14 , 2021
A Minnesota judge delayed until March the trial of three former Minneapolis police officers charged with aiding and abetting second-degree murder and manslaughter when they helped Derek Chauvin restrain George Floyd. The three men involved in the May 25, 2020, killing of Mr. Floyd are Thomas Lane, who held down […] 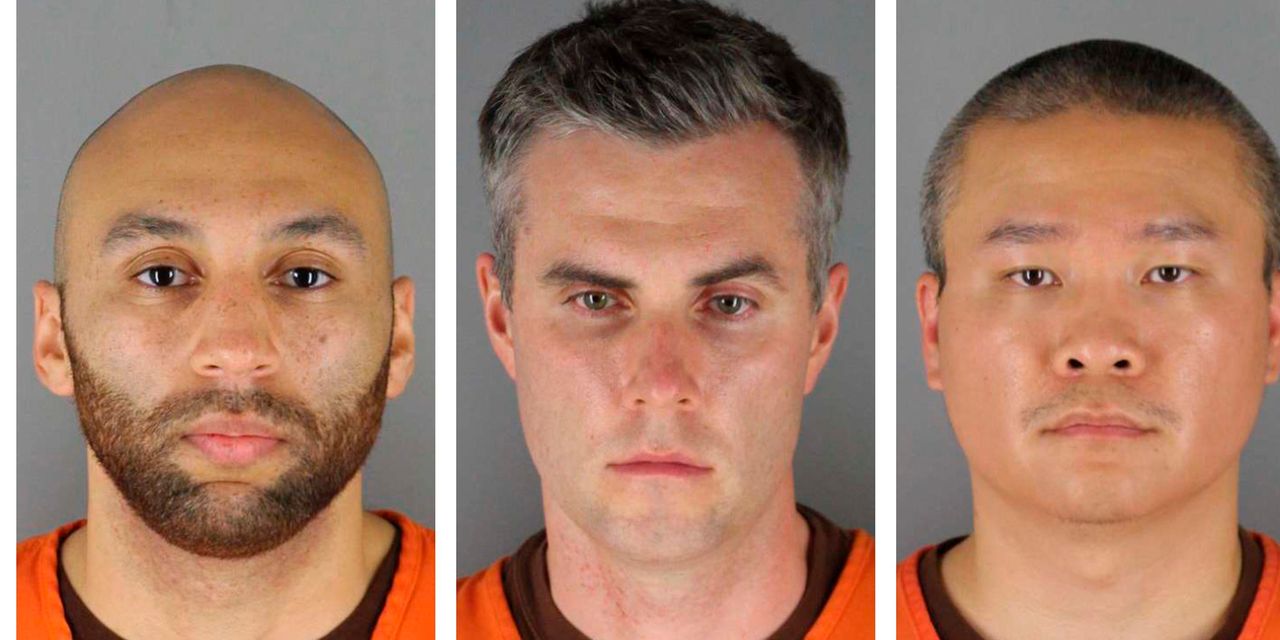