House Bill 1281, a proposal to offer an annual income tax credit of up to $2,000 for families whose children are enrolled in nonpublic schools or in home education, survived with a 50-44 vote in the House of Representatives and is now being considered by the Senate.

Proponents of the bill argued it would save the state money and offer incentives for parents to send their children to private schools which, according to former superintendent of Kensal Public Schools Tom Tracy, are “indoctrinating” children about gender identification.

Opponents of the bill argued that if the proposal became law, the first year’s tax credit could add up to $25 million, according to Aimee Copas, executive director of the North Dakota Council of Educational Leaders.

Nick Archuleta, president of North Dakota United, a statewide union of more than 11,500 educators and public employees, testified against the bill saying the goal was to strengthen private schools with the state’s help.

Senate Bill 2215 passed by a wide margin of 37-10, and if the bill is accepted in the House the proposal would put a time limit on teacher contract negotiations to conclude no later than June 1.

Fargo Public Schools Superintendent Rupak Gandhi was one of six superintendents, school board members and presidents who testified in favor of the bill, a stance that garnered heavy criticism from the Fargo Education Association, the district’s teachers union.

“Without limitations, the collective bargaining process can take anywhere from 3 to 18 months. When the negotiations process is saturated with conflict, anger and strife, which is more likely to occur as the process drags on, the school district suffers. The outcome will be poor relations and bitter feelings among and between all members of the school district and community,” Gandhi said during testimony.

Grant Kraft, chair of the FEA negotiations committee, expressed the union’s disapproval of Gandhi’s support of the bill during a board meeting on Feb. 23. During his speech, Kraft said the Fargo School Board has a monopoly on power, which has repeatedly ended in negative impacts to teacher contract negotiations.

“Most of us have danced this dance before, and I think from our experience we can probably agree that in North Dakota the negotiations process gives the board a much, much more powerful position than the representative body,” Kraft said.

“Monopolizing on an imbalance of power is wrong. The school board certainly has the right, according to the Century Code, to wield a lot of power over its employees,” he said. “However, at this very juncture, we ask you to turn a corner and dance to a different tune.

The bills that failed at crossover will not have a chance of becoming law during the 2021 legislative session.

House Bill 1369, which would have provided funding for educating children in nonpublic and public schools by having the North Dakota Department of Public Instruction help cover expenses for instructional or therapeutic needs, narrowly failed with a vote of 49-45.

Senate Bill 2288, which would have offered tax credits to organizations that provide educational scholarships to students in nonpublic schools, also failed with a vote of 30-16.

Law professors on if Elizabeth Warren's wealth tax is constitutional

Sun Mar 7 , 2021
Elizabeth Warren recently introduced a wealth tax on the top 0.05% of American households. The measure could bring in billions in tax revenue, but faces questions over whether it’s constitutional. Insider talked to 7 law professors about these concerns, including 5 who signed a letter in its support. Visit the […] 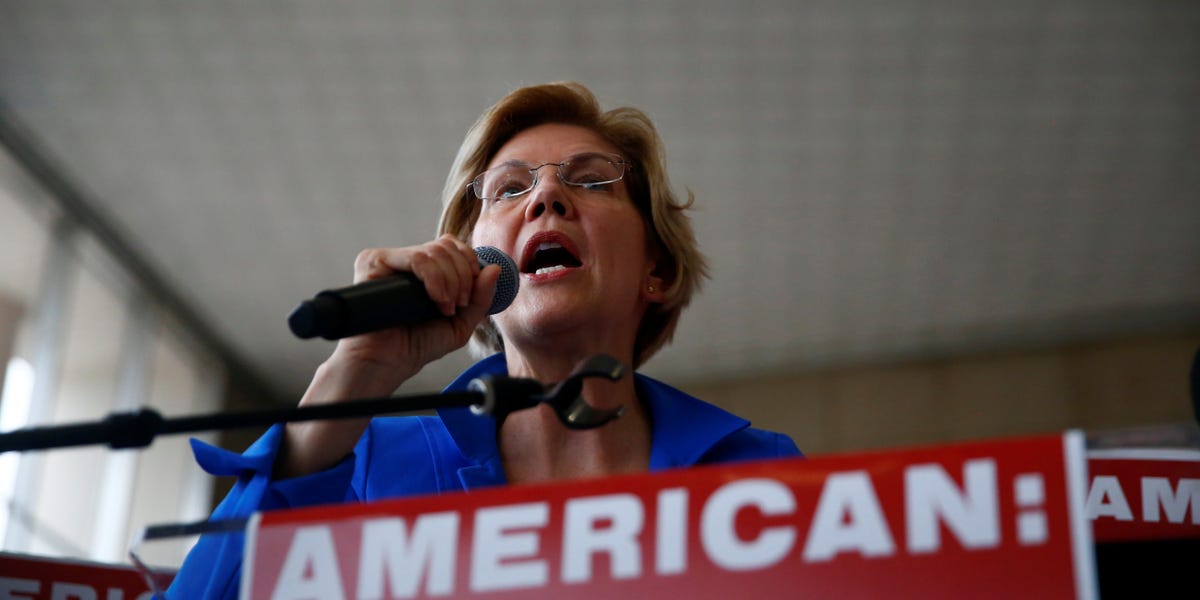