Trade groups representing Facebook, Twitter, and other major websites have sued Florida to block a state law that makes it illegal for social media companies to ban politicians. The industry groups say the law violates the First Amendment—and legal experts have said the same, as we’ve previously written.

Florida Gov. Ron DeSantis signed the bill into law on May 24, slamming what he called the “censorship” of conservatives on social media websites such as Twitter and Facebook. The law, scheduled to take effect on July 1, gives Floridians the right to sue Big Tech companies over content-moderation decisions and prohibits the companies from “deplatforming” political candidates and journalistic enterprises. The law imposes fines of up to $250,000 per day on social media companies that ban candidates for elected office.

The lawsuit against Florida was filed by Netchoice and the Computer & Communications Industry Association (CCIA). Facebook, Twitter, Amazon, Google, and eBay are members of both groups.

The law “restrict[s] the First Amendment rights of a targeted selection of online businesses by having the State of Florida dictate how those businesses must exercise their editorial judgment over the content hosted on their privately owned websites,” the trade groups’ lawsuit said. The complaint was filed on May 27 in US District Court for the Northern District of Florida.

The lawsuit asks for preliminary and permanent injunctions preventing Florida from enforcing the law.

Florida’s law “infringes on the rights to freedom of speech, equal protection, and due process protected by the First and Fourteenth Amendments to the US Constitution,” exceeds the state’s authority under the Constitution’s Commerce Clause, and is preempted by Section 230 of the Communications Decency Act, the lawsuit said. The law infringes the First Amendment “by compelling [websites] to host—and punishing them for taking virtually any action to remove or make less prominent—even highly objectionable or illegal content, no matter how much that content may conflict with their terms or policies,” the complaint said.

These unprecedented restrictions are a blatant attack on a wide range of content-moderation choices that these private companies have to make on a daily basis to protect their services, users, advertisers, and the public at large from a variety of harmful, offensive, or unlawful material: pornography, terrorist incitement, false propaganda created and spread by hostile foreign governments, calls for genocide or race-based violence, disinformation regarding COVID-19 vaccines, fraudulent schemes, egregious violations of personal privacy, counterfeit goods and other violations of intellectual property rights, bullying and harassment, conspiracy theories denying the Holocaust or 9/11, and dangerous computer viruses. Meanwhile, the Act prohibits only these disfavored companies from deciding how to arrange or prioritize content—core editorial functions protected by the First Amendment—based on its relevance and interest to their users. And the Act goes so far as to bar those companies from adding their own commentary to certain content that they host on their privately owned services—even labeling such commentary as “censorship” and subjecting the services to liability simply for “post[ing] an addendum to any content or material posted by a user.”

The complaint also points to the Florida law’s odd exemption carved out for Disney and any other company that happens to own a theme park. The law “further violates the First Amendment and Equal Protection Clause by (i) targeting only larger digital services and social media companies, while (ii) irrationally exempting Disney and Universal Studios (owned by Comcast Corporation) from its scope, simply because they own well-attended ‘theme parks’ in Florida,” the complaint said.

No legitimate government interest could be advanced by such an exemption, nor was any such interest identified. Rather, as one of the law’s sponsors remarked, the exemption was added with the undisguised objective of ensuring that certain companies with big economic footprints in Florida—like Disney—are not “caught up in this.” The decision to exempt those major companies confirms that the law’s true objective is to control the private speech of politically disfavored companies who have online platforms, but not to control the speech of similarly situated but politically favored companies with power and influence in the State of Florida.

DeSantis objected to the social media bans on then-President Donald Trump, who was kicked off Twitter and Facebook for inciting violence. DeSantis said the new law guarantees that Floridians will have “protection against the Silicon Valley elites.” He compared the websites’ moderation practices to “censorship and other tyrannical behavior… in Cuba and Venezuela,” saying that Big Tech must be held accountable for “discriminat[ing] in favor of the dominant Silicon Valley ideology.”

Numerous legal experts have said the Florida law violates the First Amendment. “Basically, DeSantis seems to forget that private companies like Facebook and Twitter have First Amendment rights, too,” Professor Daxton “Chip” Stewart, a media law expert, said in a Law & Crime article in February, after the law was proposed. “The government can’t force them to host speech they don’t want to, or threaten punishment like these absurd fines for refusing to give platforms to people they find intolerable.”

PBA says Kiefer's UPC prevents him from playing in Japan

Wed Jun 2 , 2021
Kiefer Ravena might have to take care of some legalities first before being able to join the Shiga Lakestars in the Japanese B.League. An existing contract with the NLEX Road Warriors binds Ravena from playing outside the PBA, commissioner Willie Marcial said Wednesday. “Short and simple: he can’t play (in […] 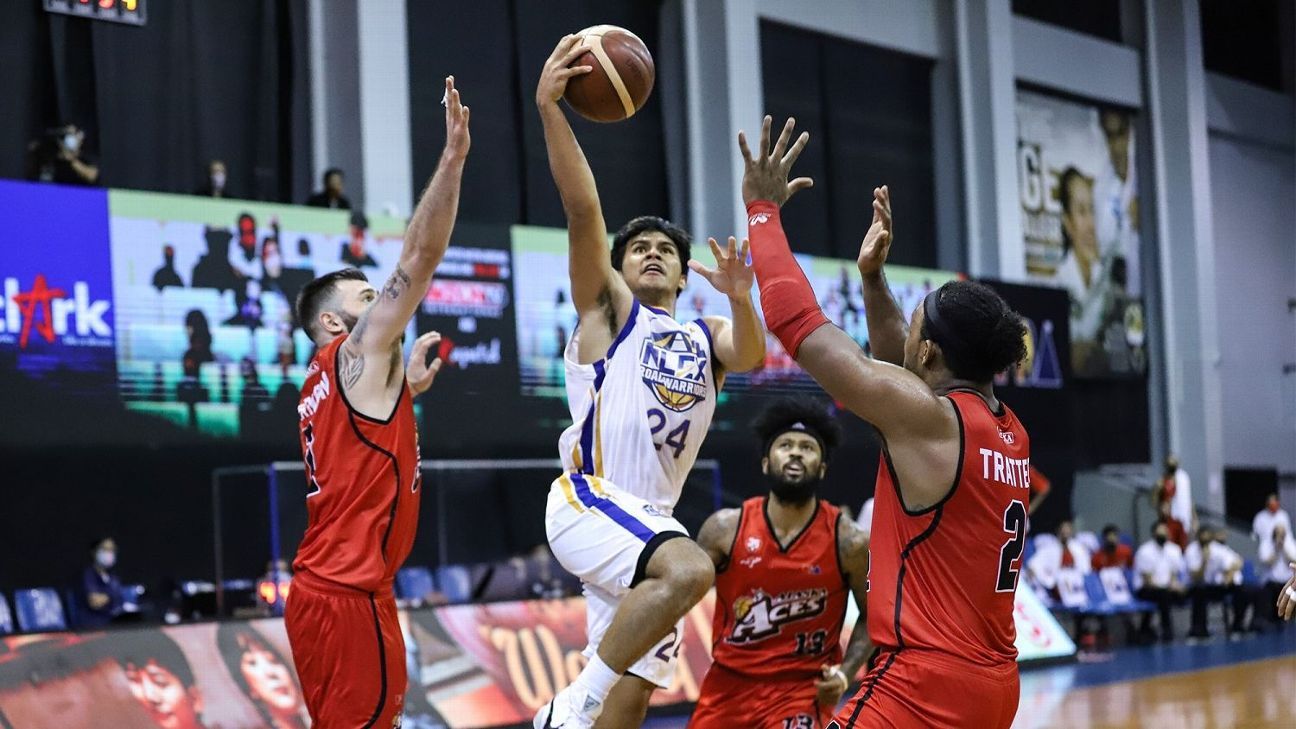