Torture is a disturbingly common feature in our entertainment. In medieval or horror stories but also war and crime movies, books or TV series, the bad guys routinely torture innocents, the hero or the hero’s friends, colleagues or family. But the good guys (e.g. Harry Pearce in Spooks) also condone the practice or benefit from third parties doing it on their behalf. Many beloved heroes (or anti-heroes, if you will) are unapologetic torturers if they deem it necessary: consider Jack Bauer (24), Jack Bristow or Arvin Sloane (Alias), Sand dan Glokta (First Law), Alejandro Gillick (Sicario), or Yona Harari (Mossad 101).

But human history, both past and contemporary, is even worse regarding torture than our media could possibly make up. Humans use torture to extract confessions or information from others, instil terror in enemies, punish wrongdoers, force people to perform or refrain from certain acts or simply for sadistic pleasure. But this article is not about the history of torture or its contemporary use by police forces, military, intelligence services and others.

It’s wrong, but why?

This article is also not about the effectiveness of torture or abstract scenarios like the “ticking timebomb” and if torture in extreme circumstances may be permissible. It’s not about the pros and cons of “torture warrants” as proposed by law professor Alan Dershowitz. Such topics have been discussed at great length elsewhere.

The philosophically interesting question is why exactly torture is morally wrong. There seems widespread agreement that it’s an evil act, regardless of motive: even people prepared to justify the use of torture if it’s the only option in the most extreme circumstances don’t say that torture is morally good or neutral. They argue it is the lesser evil, all things considered.

Legally, the position on torture is seemingly clear: it is almost universally outlawed in international and most domestic laws.

Practically, torture is surprisingly hard to define and the threshold seems high. Many of the “enhanced interrogation” or “interrogation in depth” methods like the ones used by US forces against suspected terrorists or British agents in Northern Ireland don’t seem to legally qualify as torture.

even when combined, would be degrading and inhuman treatment but not torture, due to an apparently lack of “the particular intensity and cruelty implied by the word torture” (at 167). In 2018, the court declined a petition to revise the judgement.

Philosopher Seumas Miller attempted to define what makes torture unique from other forms of coercion, cruelty, force or inhuman treatment. Considering a variety of examples and debate on the subject, he focussed mainly on interrogational torture as commonly performed by institutions like the police or military.

“Physical suffering” is broadly understood and includes methods which will not typically leave marks on the victim’s body, such as “white room torture”, mock executions, causing fear and intimidation using animals or the treatments noted above.

Using Miller’s definition, torture can be distinguished from related acts: coercion doesn’t require the infliction of extreme suffering or the victim being necessarily defenceless. It isn’t aimed at overwhelming the victim’s autonomy and capacity for rational decisions either: coercion aims only at making the victim comply with a demand. For example, a police officer threatening public protesters with a truncheon and forcing them to retreat is coercive but not a torturer.

Torture is also not equivalent to an excruciating medical procedure (e.g. a field amputation without anaesthetics), which is usually consensual and aimed at saving or improving somebody’s life. Likewise, it is not corporal punishment which is normally only inflicted in an administratively prescriptive method on the legally or morally guilty for a specified offence (e.g. 10 whiplashes for drunken brawling).

It is less clear where the line is drawn between torture and “inhuman and degrading treatment”. One might argue that the former always involves the latter but not necessarily the other way round. Using Miller’s definition, being publicly flogged for adultery (e.g. in Indonesia) by legal authorities is degrading and inhuman corporal punishment but not torture.

However, the court’s assessment in Ireland v United Kingdom is unconvincing: the barbaric treatment of the prisoners was intended to break their will and extract confessions and information. One can only speculate that with the sorry benefit of the documented US abuses in Guantanamo Bay and Iraq, the ECHR might have decided the case differently today than in 1978.

So, what’s wrong with torture?

Miller and fellow philosopher David Sussman agree that torture attacks an individual’s autonomy and attempts to break a person’s will. It potentially (though not necessarily) destroys the victim’s autonomy altogether, leaving behind a shell of a human being. Torture might be the closest we can come to eliminating a person without killing them or placing them into a coma.

Sussman further considers that torture involves forcing the victim not only to suffer exceptional pain and cruelty, but to experience their own self-betrayal in the most intimate and destructive fashion. The victim will often lose control of bodily functions, like bladder or bowel, by being denied access to toilet facilities: willpower only lasts until the body cannot hold it anymore and victims are forced to soil themselves. Screams of pain, fear or surprise will be involuntary, flow of tears, blood, vomit or saliva likewise.

Sussman further notes that torture routinely involves forced nakedness and acts of sexual violation, forcing the victims to experience erections, orgasms or lubrication as self-betrayal and viewing themselves as active accomplices in their own debasement. Victims of rape and torture suffer often from similar feelings of shame, doubt and self-accusation: did the physical reaction mean I somehow enjoyed this? Should I have fought harder, held out longer, did I somehow “give in” too soon? Is some of what happened actually my fault?

Finally, a victim might experience involuntary thoughts and emotions, lose sense of time and place in the world, become unable to fully control their attention or focus, or might not even recognise their own words anymore. The self-perception of the victim as a rational agent whose body, emotions, thoughts and desires are their own is violated with extreme force. It is turned against them at the torturer’s will, the resulting psychological damage being sometimes permanent – again a similarity torture shows to rape.

This targeted, deliberate violation and breaking of one’s autonomy and personhood, according to Sussman, is what makes torture morally evil and in his view (though not Miller’s) even worse than killing.

However, if this analysis could influence at all the moral psychology of people prepared to justify, condone or apply torture is an entirely different question. Human nature is callous and chaotic at times and reason, sadly, only gets us so far.

Benjamin Bestgen is a solicitor and notary public (qualified in Scotland). He also holds a Master of Arts degree in philosophy and tutored in practical philosophy and jurisprudence at the Goethe Universität Frankfurt am Main and the University of Edinburgh.

Wed Mar 17 , 2021
The families of civilians who were executed by Colombia’s security forces to inflate results want the commanders responsible of these atrocities to be stripped of their medals, they said Tuesday. The representative of the Association of Mothers of False Positives (Mafapo), Jacqueline Castillo, said that victims of her organization want […] 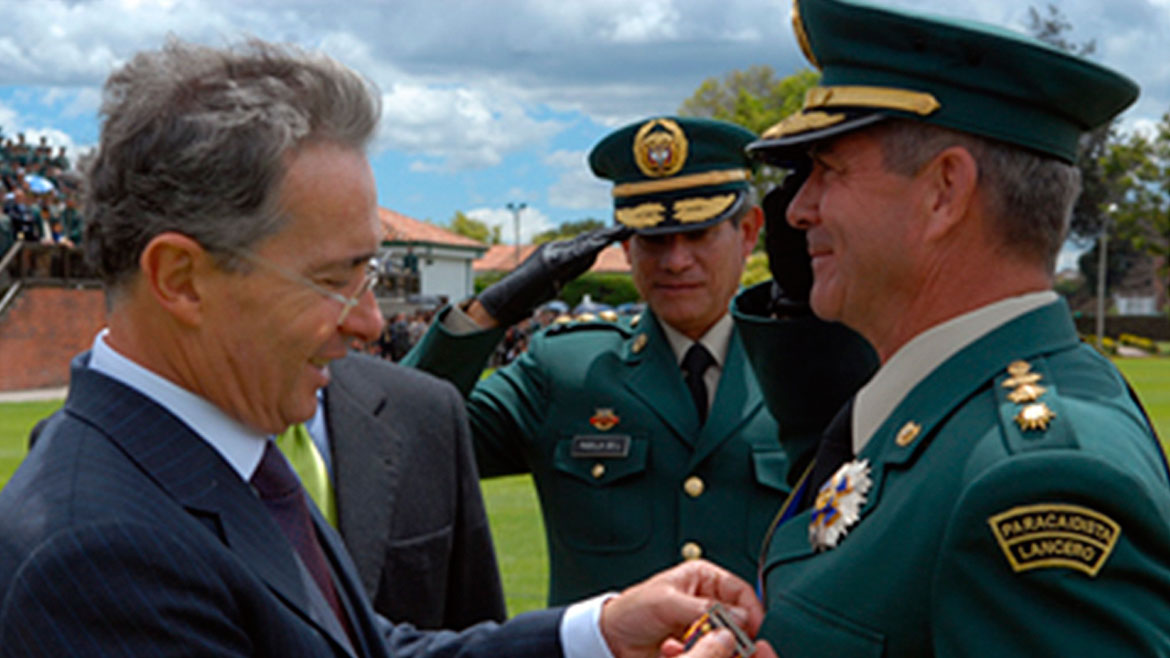