Citibank is administering as agent a $1 billion term loan for debtor (Revlon) and creditors (lenders). The lenders have only contractual property rights to incremental principal payments during the term of the loan, which ends in 2023. The bank mistakenly transferred to the lenders from its own account the entire principal amount, instead of an interest payment of $7.8 from Revlon’s account. Many lenders returned Citibank’s money, but some have refused and are now the subject of an action for restitution. Under common law as enhanced by equity the lenders were unjustly enriched and thus must make restitution. The trial judge (federal) disagreed, however, having misinterpreted §14(1) of the Restatement (First) Restitution (1936), which provides that creditor of another who has mistakenly received from a third person any benefit in discharge of the debt or lien is under no equitable duty to make restitution therefor. See In re Citibank August 11, 2020 Wire Transfers, 2021 WL 1652171 (2021). The rule is a specific application of the underlying principle of bona fide purchase. Surely, however, in this case, §14(1), at best, would capture only satisfaction of contractual property rights to any installment payments in arrears, the lenders having no present contractual property rights to the full principal amount, at least not under these facts. The evolution of unjust enrichment doctrine is taken up generally in §8.15.78 of Loring and Rounds: A Trustee’s Handbook, which is reproduced in its entirety in the appendix immediately below.

Thu Jun 10 , 2021
A protestor holds a sign during a “March For Our Lives” demonstration demanding gun control in Sacramento, California, U.S. March 24, 2018. REUTERS/Bob Strong California officials on Thursday said the state has appealed a federal judge’s decision to strike down its three-decade-old ban on assault-style weapons, saying the law is […] 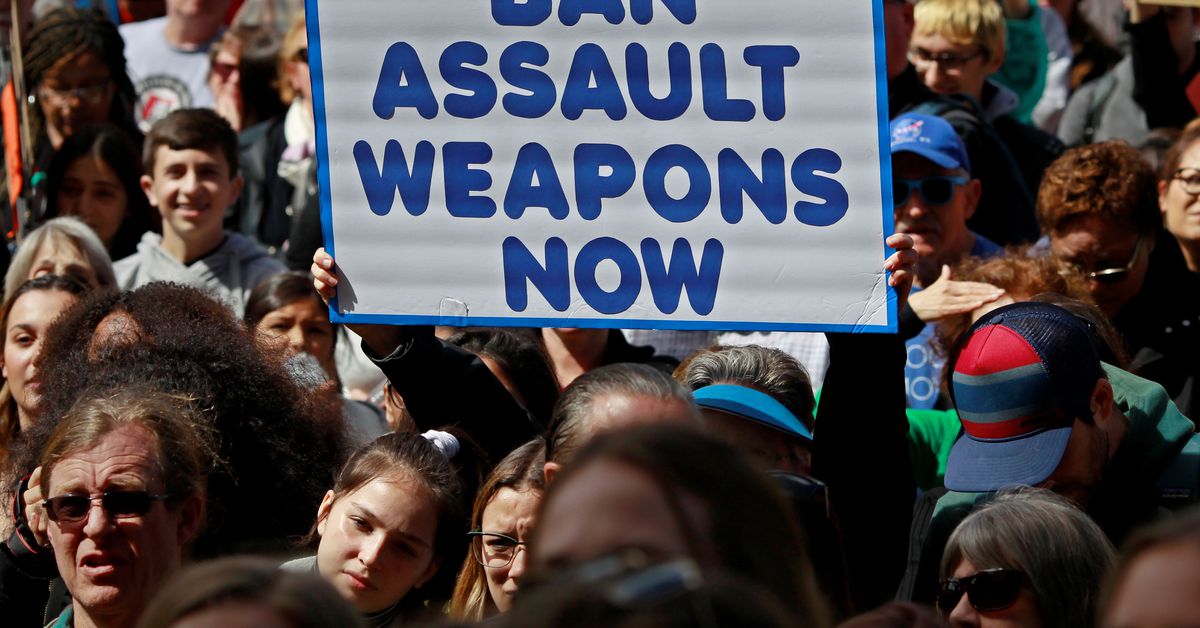