AT&T Corp. has moved to have Bamberg County’s federal lawsuit against it dismissed, claiming the county voluntarily overpaid its bills.

The county alleges the company billed it for service lines that had long been disconnected. It wants a refund for its overpayments.

AT&T’s 21-page motion to dismiss filed March 15 says that “overpayments plaintiff made were made voluntarily and AT&T cannot be compelled – under either contract or tort law – to return them.”

It also claims the county’s overpayments were made five years ago and that the county’s claims are barred by the three-year statute of limitations.

Bamberg County claims it asked AT&T to make changes to its telephone lines when the county upgraded its emergency response system in June 2015.

The changes included disconnecting 11 phone lines operated and maintained by the phone company. Bamberg County’s lawsuit claims AT&T agreed to disconnect and terminate services to the lines with the understanding the county would no longer be billed for those disconnected lines.

Two charged in Denmark shooting; one suspect was among the 3 injured

The county alleges the phone company breached its contract with the county and billed the county $211,741 for those lines through March 20, 2020.

The county alleges the amount was included in bills the county owed for numerous service lines it has with the phone company. The lawsuit claims the county was unaware that it was being billed for the disconnected lines.

The county says it paid the bills and deserves the money back. It also wants attorney fees and costs associated with the trial.

In its motion to dismiss, AT&T cited nine reasons the lawsuit should be dismissed, with one being the statute of limitations.

The motion notes that any action on a contract would need to be brought within three years.

The motion claims the county made the payments voluntarily.

According to the motion, state law notes that ‘“money voluntarily paid with full knowledge of all material facts and without any fraud, duress, or extortion cannot be recovered, although there was no legal obligation to make such payment.”

AT&T also claims the county has failed to prove fraud in the case.

“Plaintiff makes no allegation that AT&T intended that plaintiff rely on its alleged representation that it would not bill for the subject lines,” AT&T’s motion states.

The motion also says the contract between the two parties bars the county’s unjust enrichment claim, according to previous court rulings.

AT&T also claims the county has not alleged the company breached any duty arising outside of its contract and that its claims of negligence should be dismissed.

Want to get a whole lot more from TheTandD.com?

To allow Bamberg County to recover what it cannot recover through its contract would allow the county “to receive a better deal than what was bargained for by the parties,” the motion states.

Thu Mar 25 , 2021
President Joe Biden on Wednesday signed into law a sweeping new measure that supercharges the Department of Veterans Affairs’ ability to vaccinate millions of Americans. The Save Lives Act will allow the VA to vaccinate all veterans, veteran spouses, caregivers and Civilian Health and Medical Program recipients, regardless of their […] 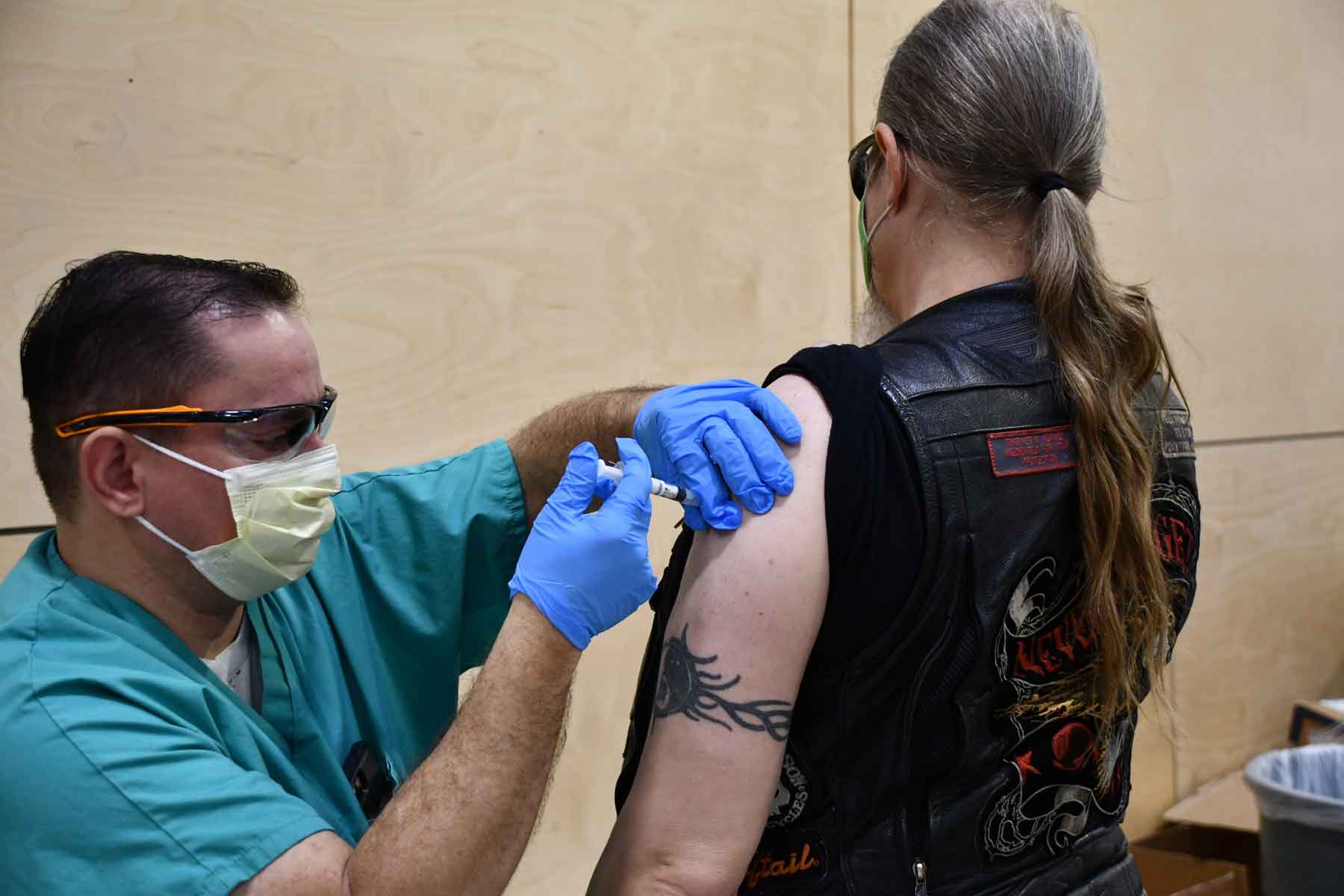