In January 2020, we wrote about a little-known draft of legal scholarship that could become a big problem for creatives — the American Law Institute’s “Restatement of Copyright.”

Since then, our negative view of the endeavor has not changed, but our sense of urgency has.

At its 2021 annual meeting scheduled for June 7-8, ALI members will vote on whether to officially approve the first sections of the Restatement of Copyright. It could be only a matter of weeks before this misguided work product becomes public, and could then be used by federal judges and others to help shape incorrect and harmful opinions in copyright cases across the land.

While the ALI is an independent scholarly organization with a long history of drafting respected Restatements on common-law topics such as property, employment, and torts, this time they’ve taken a wrong turn toward reckless, wishful interpretation. These Restatements are supposed to “clarify, modernize, and otherwise improve the law” by assembling, analyzing, and summarizing all related materials, with the goal of giving lawyers and judges reliable, unbiased, and usable information on complex topics. This Restatement? It is not a helpful guide as much as a complete reimaging of the law based on the agenda of a small group of anti-copyright activitsts within the ALI.

The group’s previous work is respected in legal circles. Judges across the country routinely rely on its Restatements to inform their court decisions. However, despite its prominence, ALI’s Restatements are not the law — they are a resource to help judges interpret the law, and, theoretically, make better, more informed decisions on cases.

ALI’s ongoing quest to serve as a kind of CliffsNotes for litigators has not been without controversy. It turns out when one tries to condense vast reams of complicated legal subject matter into simplified, broadly readable formats, biases can slip in.

In 2015, the late Supreme Court Justice Antonin Scalia said that the authors of ALI Restatements “have abandoned the mission of describing the law, and have chosen instead to set forth their aspirations for what the law ought to be.”

Is Scalia right? Taking the current Restatement of Copyright effort as an example, I can say that if he wasn’t right then, he sure is now. And, he’s not alone. Two of our government’s preeminent authorities on copyright — the Copyright Office and the U.S. Patent and Trademark Office — have both publicly criticized this effort. And, a bipartisan group of senators and representatives have written to the ALI more than once questioning the wisdom of this Restatement.

That’s because the Restatement of Copyright Law differs from past Restatements in one very troubling way — it marks the ALI’s first attempt to publish one in an area that is governed entirely by statutory law.

Usually, ALI focuses on areas of the law that have evolved chiefly through judicial precedent, or common law. They have stayed away from restating federal statutory law — i.e., laws passed by Congress, frenquently rooted in Constitutional principles (as is copyright).

The first Copyright Act was passed in 1790 and Congress has been revising it ever since — drafting, editing, arguing, and ultimately voting on updates and additions throughout the centuries. In attempting to “restate” copyright law, the ALI is essentially ignoring this rich legislative history, fixing to imbue copyright law’s statutory text with new meaning and to replace Congress’ intent as expressed in its extensive record of hearings, reports, briefs, filings, and discussions with its own interpretation of the statute.

And because judges and lawyers are likely to rely on this interpretation to help guide court decisions, as they do with other Restatements, it has a strong chance of impacting how federal courts interpret copyright statutes, without Congress actually having considered changes to the law.

This is not mere conjecture — the Restatement of Copyright’s own authors have said as much. In her 2013 letter initially proposing the Copyright Restatement project to the ALI, UC Berkley Law Professor Pamela Samuelson criticized what she called the “long and contentious process” of traditional legislative lawmaking that, she insisted, makes “comprehensive reform of [copyright] . . . unlikely to happen any time soon.”

There’s a lot of gall packed into those phrases. Impatient with Congress for not undertaking “comprehensive reform” of copyright law, Samuelson and her followers decided to try another path — through ALI’s potential to sway judicial opinion through “interpretation.” And ALI was happy to oblige.

In response to Samuelson’s letter, ALI appointed professor Christopher Sprigman to chair the Restatement drafting effort. Given that the scholarship, research, and advocacy of both professor Samuelson and professor Sprigman lean heavily and consistently against established protections for creatives, what came next could be predicted. As the “lead Reporter” authoring the Restatement, Sprigman proceeded to handpick four “associate reporters” who all share his minimalist and often incorrect views of copyright law, as reflected in their own academic and other legal work.

Now the ALI is about to vote on whether to give its blessing to the efforts of these opponents of strong copyright laws. The vote to authorize an unprecedented Restatement of an area of statutory law is nigh. The brainchild of an academic known for her negative views on copyright protection is about to become reality, led by a group of “Reporters” who share the “reformist” views of that academic along with her anti-copyright bias.

Last year, we (along with countless others) urged the ALI to recognize the inherent biases and flaws in its Restatement of Copyright and suspend activity on this project. Since that plea clearly fell on deaf ears, there is one last hope: the ALI membership.

We implore you — at your annual meeting on June 7, vote no on publishing the Restatement of Copyright. Or, at the very least, vote down the controversial sections that are being proposed. There can be no more accurate statement of Copyright Law than the one Congress has already spent centuries enacting.

Ruth Vitale is the CEO of CreativeFuture, a nonprofit coalition of over 500 companies and organizations and nearly 260,000 individuals devoted to promoting the value of creativity in the digital age. She has held top posts at Paramount Classics, Fine Line Features, and New Line Cinema.

Wed Jun 2 , 2021
Marie Collins, an Irish survivor of child sexual abuse and a former member of the Pontifical Commission for Protection of Minors, is voicing her disappointment after the Vatican this week published revisions of its penal codes. Pope Francis signed the Apostolic Constitution entitled “Pascite Gregem Dei” (”Tend the Flock of […] 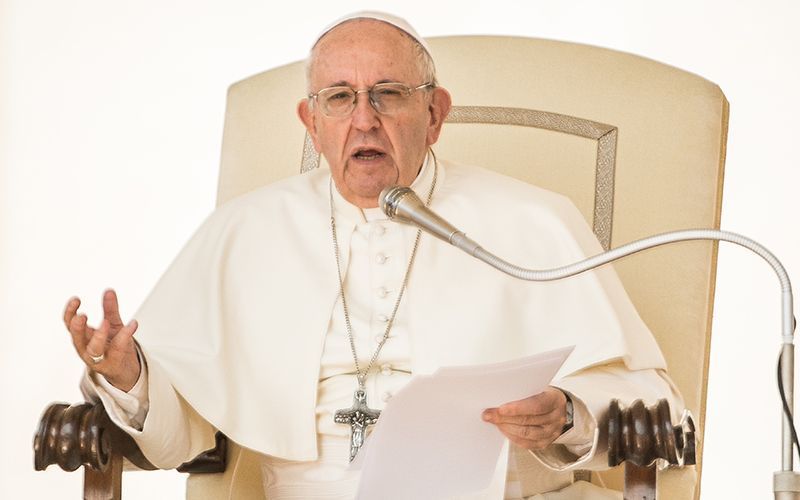