The Abolitionist Law Center sent a letter to Allegheny County officials on Tuesday notifying them of their intent to file a lawsuit if the county does not immediately rescind contracts for militaristic training and less-lethal weapons inside the jail.

Legal Director Bret Grote sent the 10-page letter to County Solicitor Andrew Szefi outlining what he sees as unconstitutional acts. The law center objects to the county issuing $400,000 worth of no-bid contracts in July to C-SAU, or Corrections Special Applications Unit, and Lightfield Less Lethal Research.

“ACJ (the Allegheny County Jail) is seriously in need of policies and practices that prevent excessive force against incarcerated individuals,” Grote wrote. “However, the county has acted antithetically to that imperative and contracted with a person whose training program will predictably and certainly result in unnecessary suffering and harm.”

The letter alleges that the county, County Executive Rich Fitzgerald and Warden Orlando Harper will be subject to legal liability if the “unlawful contract” is not canceled.

A spokeswoman for the county said they had no comment.

Messages left with C-SAU were not immediately returned.

The contracts were approved on July 27 and call for C-SAU to provide militaristic training, weaponry and other equipment for the Allegheny County Jail emergency response team, and for Lightfield to provide “less lethal ammunition that is specifically designed for use inside a facility and at close range.”

The letter alleges that, by executing the contracts, the county is attempting to circumvent a referendum from this past spring.

In May, county voters overwhelmingly chose to end the use of solitary confinement except in limited circumstances, as well as the use of restraint chairs, chemical agents and leg shackles at the jail.

In his request for approval of the contracts, Harper cited the referendum.

”[T]he ACJ has had to identify tools for use on special response team that are non-chemical ammunition that is traditionally used in correctional facilities,” he wrote.

According to the state Department of Corrections, the Allegheny County Jail exceeded all other facilities in its use of force incidents in 2019 with 720, which Grote notes in the letter.

“The primary victims of this force are the approximately 64% of people at ACJ who have a serious mental illness/psychiatric disability,” he wrote. “Force, rather than medical intervention or de-escalation techniques, is meted out disproportionately, unnecessarily and discriminatorily against these individuals in response to their requests for treatment or due to manifestations of their mental health symptoms.”

The jail is already the subject of several federal lawsuits involving use-of-force and its treatment of the mentally ill.

The letter also spells out allegations made against C-SAU and its head, Joseph Garcia, by incarcerated people and officers at other facilities.

Grote notes that one of Garcia’s favorite mottos, heard by jail staff at his training, is “Break the jaw and walk away.”

“Unfortunately, Garcia’s despicable views of incarcerated people and their rights are applied in his trainings for correctional officers,” Grote wrote.

In July, the Charleston County Council in South Carolina, agreed to a $10 million settlement for the death of a 31-year-old mentally ill man in the county jail there. Jamal Sutherland died in January after being tased at least six times, sprayed with pepper spray and being held down because he refused to leave his cell for a bond hearing.

According to the Ninth Circuit Solicitor’s Office, which reviewed the incident, the jail used Garcia and his company to train its Special Operations Group.

According to a use of force analysis in that case, the company “emphasized the use of weapons and intimidation to gain compliance from detainees.”

“Garcia trains officers to use unwarranted, disproportionate force to terrorize and brutalize pretrial detainees,” Grote wrote. “These unconstitutional tactics include blinding noncompliant detainees with laser shotguns and then shooting them with rubber bullets ‘until the pain convinces them to comply,’ using physical violence such as eye gouges and multiple strikes to the head, tasing detainees for passive resistance and guarding detainees at gunpoint to invoke fear.”

Grote wrote in the letter that Garcia’s tactics are contrary to policies and procedures in pretrial detention and violate best practices.

“Garcia also routinely utilizes tactics that would constitute war crimes if used in a situation of international armed conflict, including using incarcerated people in mock executions as part of his training.”

Grote cited people incarcerated at York County Prison as an example of that.

“Garcia’s practice of forcefully enlisting un-consenting incarcerated individuals for his militaristic trainings has continued to ACJ,” Grote wrote, citing a report from Aug. 17. In that instance, he said, while Garcia was training emergency response officers, he fired bean-bag projectiles at close-range at an incarcerated person who refused to lock in.

Paula Reed Ward is a Tribune-Review staff writer. You can contact Paula by email at [email protected] or via Twitter .

Tue Aug 24 , 2021
Afghans fearing punishment from the Taliban have attempted to stay out of sight since the militant group took control of the country. Those in hiding include employees of Afghanistan’s collapsed government, civil activists and women. They distrust the group’s promises not to take revenge on them. They are seeking a […] 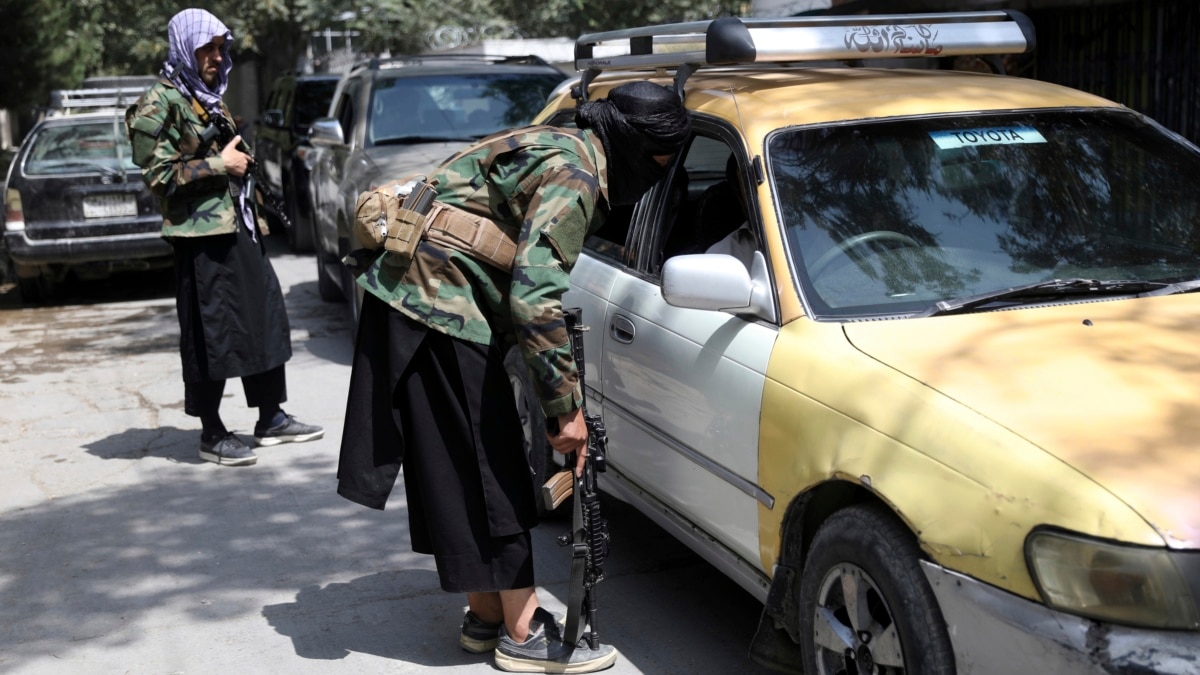