The politics of fear, with its foundation in lies, is an effective way of manipulating any electorate. Perhaps it has never been so effectively applied as it was by consecutive US presidents in the wake of 9/11, when they took al-Qaeda, with its slingshot, and portrayed Osama bin Laden’s motley crew as Goliath.

Later, when bin Laden was assassinated, the US found an annotated list of al-Qaeda members dated from 2002. There were only 170 names. He had identified 20 who were dead – only seven had achieved the bizarre goal of being “martyred” – 11 had been detained by the authorities, and 19 had simply left – some to join a more doctrinaire group, some to study, but most just to go home.

Bin Laden had been working on his terror project for several years, and with the list of devoted adherents standing only at 120, he elected to pad it out with five of his sons. Al-Qaeda members, therefore, included Omar bin Laden, who had left the organisation in 2000 and has long lived peacefully in Normandy, married to Jane Felix-Browne, a former parish councillor from Cheshire in the UK.

Whether this was the sum total of al-Qaeda or not, it was representative of a paltry enemy faced by the US on September 10, 2001.

On the next day, this group pulled off one of the great crimes of history.

The notion that killing 3,000 civilians was God’s will was an insane one by any standards.

However, the challenge facing us on this anniversary is to understand how and why the West elected to promote al-Qaeda as the counterweight to the US – a 21st-century equivalent of the Soviet Union in the Cold War.

First, we must ask: Was al-Qaeda truly an existential threat to world order on September 12, 2001? Clearly, it was not. They had murdered many people in a spectacular, televised fashion – a terrible offence.

Yet, sadly, there are many very real threats to the human race.

For example, I grew up with the looming threat of a nuclear holocaust. In 1983, I was one of more than 100 million people who watched the original broadcast of The Day After, a film depicting the end of the world. Who did not tremble at the idea of the doctrine of mutual assured destruction (MAD) coming to pass? In the film’s closing scene, one of the few people still alive was hopelessly turning the dial of his short-wave radio in search of another survivor.

Today’s generation faces another Armageddon, as we destroy our own planet through greed and climate change. Annually, we face other perils, from the six million who have starved thus far in 2021, to an estimated 4.5 million who have died in the current pandemic.

9/11 was hugely accentuated both because it took place in the US and because it was televised, and yet when it comes to the mayhem we humans intentionally wreak on each other it was really little more than a blip.

We Americans tend not to empathise with the deaths of brown people but, just last year alone, there were 19,444 fatalities in the Afghan war and another 19,056 in Yemen.

9/11 was not even unique when we assess how a small group can wreak great harm.

In 1995, Timothy McVeigh acted almost alone when he set his Oklahoma City bomb, killing 168 people, 19 of whom were children, and injuring more than 680 others.

“Extremists” are not uniquely Muslim either: McVeigh was a member of the so-called “patriot movement”, an association of more than a thousand violent right-wing conspiracy groups who truly are an internal threat to the stability of the US – they helped to give us Donald Trump, and contributed to the recent attempt to overthrow the US government.

A 2017 report by The Nation Institute’s Investigative Fund revealed there were 201 terrorist incidents on US soil between 2008 and 2016. The majority of these, 115, were by far-right groups, of which 33 included fatalities, compared to 63 by “Islamic extremists”, eight of which resulted in deaths.

Thus, while the awful nature of 9/11 should never be forgotten, it is sheer folly to conclude, as do essentially all US politicians, that “Islamic extremism” was, or even is, an existential threat to our nation of 330 million.

Guns may be a threat to the safety of Americans, climate change certainly is, but only a minute minority of Americans will ever encounter a “demented Muslim radical”.

Yet this only tells half of the story. We must also consider how and why “Islamic extremism” has continued to be the central focus of US foreign policy, instead of being shuffled into the criminal courts along with Tim McVeigh.

It is certainly true, at least in my view, that the violent goals of Osama bin Laden were malevolent – mass murder is not the way to bring about a Utopian society.

At the same time, of course, we must ask whether the US generals light the path to a better world.

I was talking to the headteacher of my son’s primary school after 9/11. He had served two decades in the British Navy, and I was curious to know what he thought of the “military solution” offered for many of the world’s problems. He said World War II was the only conflict he deemed worthy of British intervention in the previous 100 years. True, we should support those who challenge tyranny, but that does not mean we should send our own sons and daughters to invade their countries.

The record of the past two decades would appear to bear him out.

The latest war in Afghanistan has been a model of pointlessness – as of April 2021, some 241,000 people had died, yet we ended up right where we started, with the Taliban back in power. The chaos wrought across the Middle East, from Iraq to Libya, is equally stark.

So, where is the blossoming liberty the US promised?

It was not the mere fact of our various invasions that has provoked hatred across the Muslim world. After all, our aggression is commonplace.

Since 1776, the US has had less than 20 clean years when the country did not get involved in one war or another. Here, much of the answer may be found in the dreadful policies we adopted. Every time the US takes up arms, we advertise our purpose as the promotion of democracy. In the wake of 9/11, however, the first casualty was the rule of law.

We rushed into a war in Afghanistan. The response to 9/11 should have been a criminal investigation, not a war. Surely, the US could have capitalised on the incomparable sympathy expressed around the world to round up bin Laden and al-Qaeda without pretending the world was close to apocalypse? Why would we try to “martyr” a group of radicals for whom martyrdom was the ultimate honour?

Then we gloated as we established Guantanamo Bay on January 11, 2002 – pretending that indefinite detention without trial in a legal black hole was the way to make America safe. We did not pause to consider whether it was wise to throw out legal principles going back to the Magna Carta in 1215. We said the Muslims we rounded up did not merit the protections of the Geneva Conventions because they did not respect our “rules of war” – as if somehow the crimes of bin Laden were exponentially worse than those of Adolf Hitler, who exterminated several million in his death camps.

Meanwhile, for several hundred years the world had steadily moved towards the elimination of torture. This had culminated, in 1985, in the UN Convention Against Torture.

Overnight, after 9/11 we tossed that out, with Donald Rumsfeld announcing that waterboarding was nothing more than an “enhanced interrogation technique”.

It was telling that he borrowed this term from the Gestapo, who called waterboarding verschärfte vernehmung (enhanced interrogation), rather than from the Medieval Inquisition which described it as tortura del agua (water torture). We sent the general who had overseen the abuses of Guantanamo to Abu Ghraib, to bring the benefits of liberty there, too.

Indeed, by then we had already invaded Iraq, and when we had the chance to support fledgling democracies in the Arab Spring we either stabbed them in the back at a crucial moment, as when we withdrew air support from the Kurds in northeast Syria and essentially invited Turkish President Erdogan to attack them, or we actively worked for a military coup, as in Egypt.

From waterboarding to drones

Then when constitutional law professor turned President Obama recoiled from torture, he substituted execution without trial – as if being turned into a “bug splat” by a Predator drone was somehow a step up from being left to rot in Guantanamo.

In the end, hypocrisy is the yeast that ferments hatred and there can be no hypocrisy more manifest than advertising a project to promote liberty while torturing people into accepting it. All of these policies, and more, have alienated those we should have been courting – including Muslims around the world.

Yet, in the end, we have failed in our greatest duty: that is, to inspire people to dream of a better life.

President Joe Biden recently said that the US spent $2 trillion in Afghanistan alone or more than $50,000 per Afghan citizen. The World Bank estimates the average annual income in this impoverished country at $500, so my US tax dollars represented 100 years of wealth for each Afghan man, woman and child.

What did we do with our money?

We funnelled most of it to weapons manufacturers and venal members of the regime we set up in Kabul. What did we give the Afghan people for so vast a sum?

The views expressed in this article are the author’s own and do not necessarily reflect Al Jazeera’s editorial policy.

Sat Sep 11 , 2021
Saturday, September 11, 2021 Parties often add limitation-of-liability clauses to their agreements. These types of clauses can purport to limit a party’s claims or damages or both.  Damage-limitation clauses can take many different forms. For example, such a clause may forbid the recovery of consequential or loss profits damages. Cont’l Holdings, […] 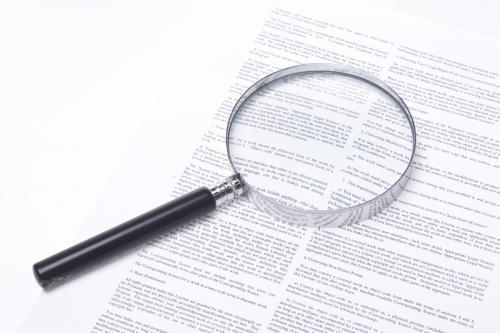