The Detroit Wayne Integrated Health Network’s board voted 8-2 Wednesday not to renew the contract of CEO Willie Brooks after he failed to disclose that a lawyer hired in the mental health agency’s legal department is his son-in-law.

His abrupt departure comes one day after Channel 7 (WXYZ) reported that Brooks’ son-in-law, Sean Riopelle, got a $103,199-a-year legal job in 2019 at the mental health agency after Brooks suggested he apply for the job.

In a memo Wednesday to DWIHN employees, Brooks admitted he failed to submit a conflict of interest form to DWIHN’s human resources “reporting a familial relationship … and other matters that were not properly disclosed.”

The other matters were not disclosed in the memo.

Brooks told Crain’s in an interview Wednesday night that his daughter married Riopelle one month before he was hired as an attorney at the authority.

“She knew we were looking for an attorney and having a hard time,” Brooks said. “They came to me and said, hey, we want to get married right away. I didn’t know how extensive (the relationship) was. So, we opened our doors and they got married in our house.”

One month later, in April 2019, Riopelle was hired by the authority, Brooks said.

WXYZ reported that Brooks and Riopelle concealed their relationship and that an internal investigation found that Riopelle “did not disclose his relationship with Mr. Brooks to anyone, and simply introduced himself to Mr. Brooks as a professional.”

Brooks confirmed neither he nor Riopelle talked about their relationship at work.

Brooks said the only time he really was concerned about Riopelle being his son-in-law was when the authority’s general counsel, Callana Ollie, left in the fall 2020 for a job at Oakland Community Health Network.

“(Riopelle) would have had to report directly to me. So I met with HR and said, ‘Hey, I can’t have him report to me, he’s my son-in-law,” Brooks said. “HR told me they didn’t know that, which I thought they did.”

WXYZ also reported that Brooks intervened in an attempt to discipline Riopelle for not completing work on time and refusing assignments and temporarily promoted his son-in-law to interim deputy general counsel.

Brooks denied this happened and stated that a disgruntled former employee found out Riopelle’s relationship to Brooks and leaked the story to WXYZ.

Brooks said the board will meet next week and appoint an interim CEO and create a search committee for a permanent replacement. He said he believes the board will elevate the authority’s deputy CEO and COO, Eric Doeh, as interim CEO.

“Board members really like Eric and he has been friendly with a lot of them,” Brooks said. “They feel like he could function pretty well.”

Brooks said he believes many board members and staff support him. He said he fully explained the situation to the board and that Chairman Bernard Parker and board member Kevin McNamara voted against the motion and expressed support for him.

“Some changed their (votes) to show unity (with the majority), but they refused to agree (that I needed to be replaced),” Brooks said.

“The older board members said Willie Brooks took us from a place where we were constantly in the paper with bad news,” he said. “We were being audited by the (state Department of Health and Human Services). He brought back a sense of credibility and even though he made his mistake, we don’t think we should give him the death penalty on this.”

In a memo to DWIHN employees, Brooks said it was his pleasure to work with staff the past three years. “Thank you for taking such great care of the people we serve,” he wrote.

Brooks said he hopes to land a job at a health plan, where he has experience, or another job in the mental health field.

“I don’t know. This just happened today. I do want to continue to work. I enjoy working, and I feel like I have a lot more to contribute. I’m hoping people can get over this and give me another chance to prove myself,” Brooks said.

far-right extremism in the ranks. 'Swift action must be taken' 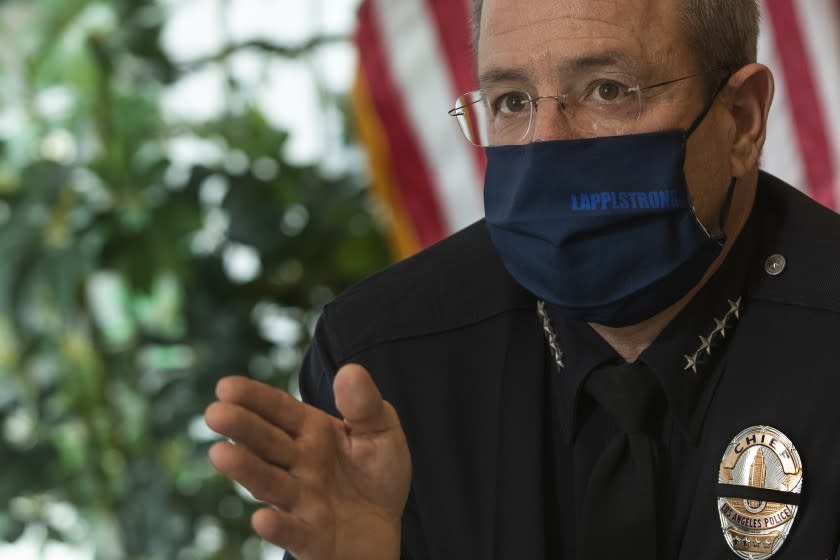