Have you ever heard of a thing called liquidated damages? What is that?

No, it’s not when your pet tinkles on the carpet, though there may be nothing more liquidated a damage than that.

Liquidated damages is a legal term usually associated with contract or lease agreements. It refers to a provision between the parties wherein if one party breaches the agreement (i.e., fails to perform a promise made by that party under the agreement), the other party is entitled to get a specific sum of money from the breaching party in exchange for foregoing seeking any other remedy under law against the breaching party.

To be enforceable under Illinois law, liquidated damages terms must comply with three things: 1) the parties intended to agree in advance to that particular settlement of the breach; 2) the amount of the liquidated damages was reasonable at the time of contracting and bears some relation to the damages which might be sustained; and 3) actual damages would be uncertain in amount and difficult to prove. Courts look to the time of contracting, not the time of the breach, to determine whether actual damages would be uncertain or difficult to prove. A liquidated damages provision that operates as a penalty for nonperformance or as a threat to secure performance is also unenforceable.

You see, in breach of contract cases — whether it be in the sale of property or the performance of labor or a service, the non-breaching party might otherwise have available a claim for compensation for the breach. Loss of profit or the incurring of extra costs resulting from the breach are typical things the wronged party is entitled get in a breach of contract claim.

But sometimes trying to prove what that lost profit or extra costs could be if the agreement were breached by the other side might be very difficult to imagine at the time parties are negotiating the terms of an agreement. So, liquidated damages is a method of putting a remedy into a contract to satisfy both parties so as to make them comfortable to enter into the agreement.

If a liquidated damages clause is ruled unenforceable in a lawsuit, the non-breaching party may be left in a pickle because the burden is on them to prove what the amount of their actual monetary injury is. If they can’t so prove it, they lose the suit even if they show a breach of the contract.

If Fido liquidated your carpet, your actual damages is the cost of the carpet cleaner.

However, Fido would suggest you could’ve mitigated your actual damages by having let him out of the house in a timely manner so he could’ve done his business in the yard.

But, contract mitigation is another topic.

Sun Apr 18 , 2021
Credit: Brasil Creativo/Shutterstock.com To no one’s surprise, in late March, a New Jersey federal district judge held that New Jersey’s 2019 amendment to the Law Against Discrimination, in N.J.S.A. 10-5:12.7, conflicted with and thus was preempted by the pro-arbitration policy of the Federal Arbitration Act to the extent the amendment […] 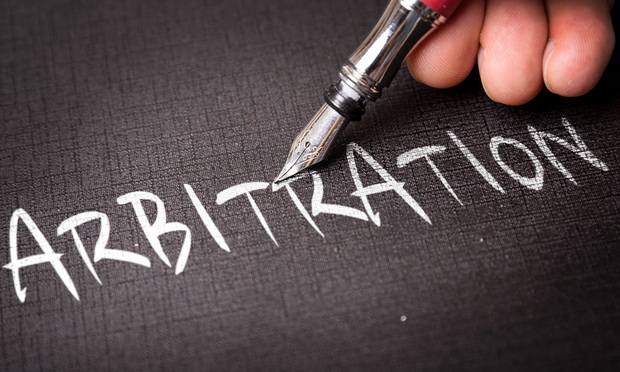