HONOLULU (KHON2) — The governor’s proposed budget for public education cuts hundreds of millions of dollars from the Department of Education’s (DOE) budget. The Federal Government’s recent stimulus package is providing some relief but the teacher’s union said the state is violating the terms of the Consolidated Appropriations Act, 2021.

The DOE plans on slashing $264 million from its budget — losing between 1300-1800 DOE employees and cutting countless programs and classes across the public education system.

The recent federal stimulus provides the state with $183 million for education, but the Hawaii State Teachers Association (HSTA) President Corey Rosenlee said the state has to follow certain provisions.

“The stimulus bill prohibits the state from cutting the Department of Education budget,” Rosenlee said. “The first provision of the stimulus bill that applies to our situation is in Section 317 (of H.R. 133, the most recent federal stimulus law), which says the State has to fund education at the same proportional rate as the State had in the three previous fiscal years before COVID-19 hit.”

The second provision is meant to prevent layoffs, furloughs and pay cuts for educators.

“The bill, section 315, further says that local education agencies also shall, I will quote here, ‘to the greatest extent practicable continue to pay its employees and contractors during the period of any disruption or closures related to Coronavirus.’ Federal law says Hawaii needs to fund education retain its teachers and other do we employees and pay them at least their current rate of salary,” Rosenlee explained.

HSTA attorney Colleen Hanabusa said, there are serious consequences for violating those provisions.

“They warn both the Governor and the superintendent, that you can be subject to penalties like the False Claims Act as well as debarment. So they’re making it very clear that when you’re signing this you have got to have an understanding of what you’re promising to do,” Hanabusa said.

Gov. David Ige said, they are reviewing the federal legislation.

“We did inform the Federal government that we had an extreme deficit and had been planning for the last 10 months to deal with the budget crisis. We’ve informed all of the bargaining units about that. We did inform the Congressional delegation about the need for direct aid to States that can help replace revenues and fill budgets and I just want to remind everyone that the first CARES funds explicitly prohibited funding anything that existed in the budget prior and did not allow us to replace revenues.”

Rosenlee said, the teacher’s union is calling attention to this now so changes can be made.

“Getting rid of the public schools big budget gap will require the DOE and BOE, to use as much of the $183 million of stimulus bill funds as possible to make up for current cuts,” Rosenlee said.

He added the governor would also have to earmark additional funds from the Council on Revenues for public education.

The teacher’s union is urging the Board of Education to delay approving the DOE’s plan. The BOE will discuss the plan in their Thursday meeting.

Thu Jan 21 , 2021
By PTI BANGKOK: Thai Prime Minister Prayuth Chan-ocha warned Tuesday that his government will prosecute anyone who shares false information about coronavirus vaccines in social or mass media. The government already has the power to impose punishments under a state of emergency that was declared last March to deal with […] 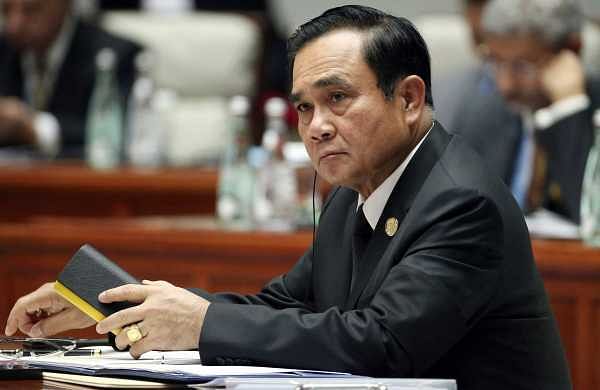