San Antonio officials plan to seek substantial changes to how the city’s law enforcement officers are disciplined when the city and police union sit down to bang out a new police contract this year.

The city’s contract with the San Antonio Police Officers Association expires in September, giving city leaders a window to try to do away with provisions they and police reform activists have said make it difficult for Police Chief William McManus to punish bad officers — and to make that punishment stick.

Those disciplinary provisions drew renewed attention in the past year after activists across the country took to the streets to protest police brutality in the wake of the killing of George Floyd, a Black man, by a white police officer.

City officials see hope that the union’s new incoming leadership will be open to giving the city more authority over the disciplinary process when the two sides meet at the bargaining table starting in February.

“We may be just way too optimistic,” City Manager Erik Walsh said Wednesday. “But I’m hopeful that we can make some real change here.”

In a list of priorities laid out to the City Council on Wednesday afternoon, officials said they would seek to get rid of a rule that says McManus can’t discipline an officer for alleged misconduct if they find out about the incident more than six months after it occurs.

Instead, the city wants to give the police chief the power to hand down discipline within six months of learning about an incident.

McManus also can’t use an officer’s prior misconduct to decide punishment for another offense — something else city negotiators want nixed from the next contract.

Arbitrators have allowed 10 fired officers back on the force within the past decade, reversing McManus’ decisions in about 14 percent of 71 terminations in that period, according to city records.

During that time, arbitrators upheld 13 terminations.

McManus allowed another 20 officers to return to the department after he fired them, without going through arbitration.

“I can’t think of one fact issue that has played into a case being overturned by an arbitrator,” McManus told council members Wednesday.

City officials also want changes to a rule that allows an accused officer 48 hours of preparation time before an interrogation for alleged misconduct can take place and another rule that allows the officer to look at the evidence against them before being interviewed by Internal Affairs — but Deputy City Manager María Villagómez said the city hasn’t pinpointed just how they want to amend that rule.

Scars showed Wednesday from the last battle between the city and police union over a new contract.

For more than two years, leaders from both sides clashed bitterly over police officers’ health care costs and the length of a so-called evergreen clause under which a contract’s provisions remain in place when it’s time to negotiate a new contract.

In the end, police officers had to shoulder more of their own health care costs and the evergreen period was shortened to eight years in a 2016 contract reached under mediation.

Neither side seemed eager to relive that tumultuous period Wednesday.

District 8 Councilman Manny Peláez likened it to the Wars of the Roses, a string of civil wars in the 15th century for control of the English crown that inspired author George R.R. Martin to write his violent series of “Game of Thrones” books.

“We certainly don’t want to experience that again,” Mayor Ron Nirenberg agreed. “I don’t think we will. The tone is much different.”

John “Danny” Diaz, the incoming president of the San Antonio Police Officers Association, echoed that. The union hasn’t hammered out a counterproposal to what city officials presented Wednesday, Diaz said — that’s work that will be done once he takes office in February.

“There are some things that we need to discuss,” Diaz said in a phone interview Wednesday. “But look, we’re open to bargaining in good faith. That’s the intent.”

Some council members were already warning that the city shouldn’t expect to get everything it’s looking for.

“It’s my job to warn everybody that if what any of us are hoping for is a perfect document, then we very quickly need to shake off or just check that naïveté at the door,” Peláez said.

Throwing some confusion into the mix is a petition drive to allow San Antonio voters to decide whether to strip the San Antonio police union of its ability to negotiate a contract with the city. The idea is to take away the union’s ability to influence how officers are disciplined.

Earlier this month, Fix SAPD, the organization behind the petition drive, turned in more than 20,000 signatures from those who want the matter placed on the May ballot. The city clerk is still verifying whether those signatures are valid.

Taking collective bargaining away from the union would give the city less flexibility in hiring, promotions and boosting diversity within the department, officials with the city and union have said.

The city would have to abide by state law overseeing those matters if they don’t have a new contract in place and that’s not ideal, officials say.

Thu Jan 21 , 2021
HONOLULU (KHON2) — The governor’s proposed budget for public education cuts hundreds of millions of dollars from the Department of Education’s (DOE) budget. The Federal Government’s recent stimulus package is providing some relief but the teacher’s union said the state is violating the terms of the Consolidated Appropriations Act, 2021. […] 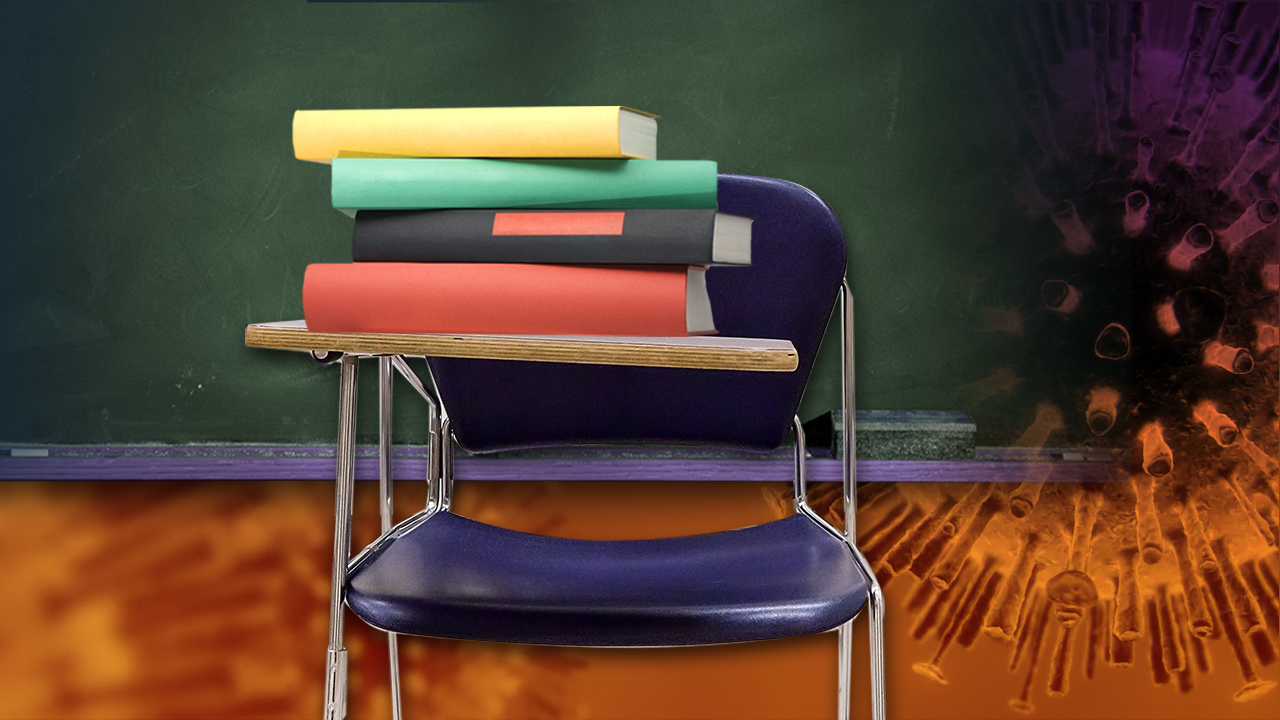