Editor’s note: This story has been updated with comments from the Nevada COVID-19 Response Director and Dr. Andy Pasternak.

Reno Municipal Court judges and staff, including IT staff, lawyers, interpreters and drug testers, took advantage of a “unique and special opportunity” to receive COVID-19 vaccines Saturday outside of the vaccination priority rules established by Gov. Steve Sisolak’s administration.

According to emails obtained by the Reno Gazette Journal, Judge Dorothy Nash Holmes and Judge Shelly O’Neill helped arrange the vaccinations through a clinic for the elderly run by a Reno doctor on Jan. 9.

“We have been offered a unique and special opportunity by a local doctor to get all of our ‘legal system’ vaccinated this Saturday here in Reno,” the judges wrote in an email to court staff sent Jan. 6. “This doctor is getting many doses of Moderna 2-dose vaccine that local law enforcement isn’t using and he can give us a couple of hours.”

In an interview with the Reno Gazette Journal, Holmes said her husband is friends with Dr. Andy Pasternak and volunteered to help with Pasternak’s vaccination clinic for the elderly. He mentioned to Pasternak that court employees needed shots, too.

Court employees had not been explicitly included in the first two versions of Sisolak’s vaccine playbook along with other essential government workers such as teachers, law enforcement and public health employees.

News that court employees apparently jumped the line frustrated Reno City Manager Doug Thornley who sent an email to all city staff Thursday urging them to remain patient and wait for their proper time according to the governor’s vaccine playbook.

“We must remember our role is to serve the community, and that there is a published playbook to ensure these vaccinations make it to the most vulnerable people of the community first,” Thornley wrote. “And as circuitous as it may be, the Governor’s plan for this is clear: for most of us it’s just not our time.”

“This special treatment based not on sound policy but instead on personal relationships is inappropriate,” Thornley said of the judges.

Thornley went on to say he doesn’t blame court staff for getting shots when offered an opportunity by their leadership. Instead, he aimed his ire at “leadership.”

“You will get the second dose of your vaccine in a timely fashion,” Thornley wrote.

Holmes said she was “just furious” about Thornley’s email, saying he was trying to take a “really good thing and turn it into a bad thing.”

Holmes justified her actions by saying Sisolak forgot to include the judiciary in the framework developed by the Nevada Health and Human Services Department to distribute extremely limited supplies of the vaccine.

“It’s not real good they left out an entire branch of government,” she said.

Reno Municipal Court has been mostly closed to the public since March with judges conducting court hearings remotely. Holmes, however, said personnel still have been in and out of the building and operated for a short period of time in person for trials before closing again.

“Some of our marshals and court staff have had COVID,” Holmes said. “I had two personal friends who died last Saturday. We are all worried and affected and frustrated equally by this.

“This seemed like an opportunity and we took it. Thank god we did.”

The Nevada Supreme Court had been actively working with Sisolak’s office to ensure court personnel were included in the latest version of the playbook when Holmes secured the shots through Pasternak’s clinic.

The new playbook, which includes court staff as essential workers next in line to get vaccinated, came out on Monday— two days after Reno Municipal Court staff got their shots.

Caleb Cage, Nevada’s COVID-19 Response Director, said judicial employees were always included in the initial versions of the playbook under “critical infrastructure” workers in Tier 2. However, explicit definitions of each occupation group in the initial playbook weren’t included. That led to confusion.

“Nobody could tell us where we were (in the line),” Holmes said. “Were we law enforcement or what were we?”

Those definitions were added to the most recent playbook.

Holmes was aware that Chief Justice Jim Hardesty was working with the governor’s office to figure out when the judiciary could be vaccinated but said she didn’t want to wait for new regulations to come out.

“If they could omit an entire branch of government, I wasn’t real confident they would fix it in the next couple days,” Holmes said. “And we were not sure what the playbook would say when it came out.”

Even without the explicit definitions, Cage said it’s “a stretch for local government to assume or interpret the playbook to put the judiciary in Tier 1.” Also, all versions of the playbook made clear that teachers and other education workers were at the top of the list in Tier 2.

“I still don’t know how somebody could interpret any version to include the judiciary in tier 1, which was mostly for health care workers,” he said.

Law enforcement and other first responders also were included in Tier 1.

“Local governments definitely have a responsibility to ensure they are making good faith efforts to follow those science-based, ethical and equity-driven guidelines… to ensure this very scarce resource is managed in a way that we can reopen our economy to normalcy,” Cage said.

Pasternak was frustrated by the response to his decision to vaccinate court personnel,  but acknowledged he should have confirmed with the state where judges ranked in the playbook.

“I’ve been working feverishly trying to help out with COVID vaccinations, trying to do outreach, trying to do good,” he said. “I thought, ‘If you guys are judges, it seems to me you should be high enough on the priority list.’ There’s just a lot of confusion. I had heard of judges in other counties be included as law enforcement and getting vaccinated.

“It turns out he state had a different view on that and that’s my mistake. The state is doing everything they can.”

Pasternak said he learned a lot on how to run vaccination clinics from his work Saturday.

“We were just trying to get as many shots in as many arms as we could and it’s what I’m going to continue to try to do,” he said.

Anjeanette Damon is the investigations editor for the RGJ. You can reach her at [email protected] or follow her on Twitter @AnjeanetteDamon. If you care about shining a bright light on decisions made by your elected officials, please consider subscribing to the Reno Gazette Journal.

Opinion: Criminals come out of the woodwork as countries roll out COVID-19 vaccines

Sat Jan 16 , 2021
In early December 2020, Interpol issued a warning to its 194 member countries advising law enforcement organizations that criminal groups are targeting the COVID-19 vaccine. The Dec. 2 notice by the worldwide police-cooperation and crime-control group warned this could include counterfeit vaccines, scams surrounding the sale of vaccines and theft […] 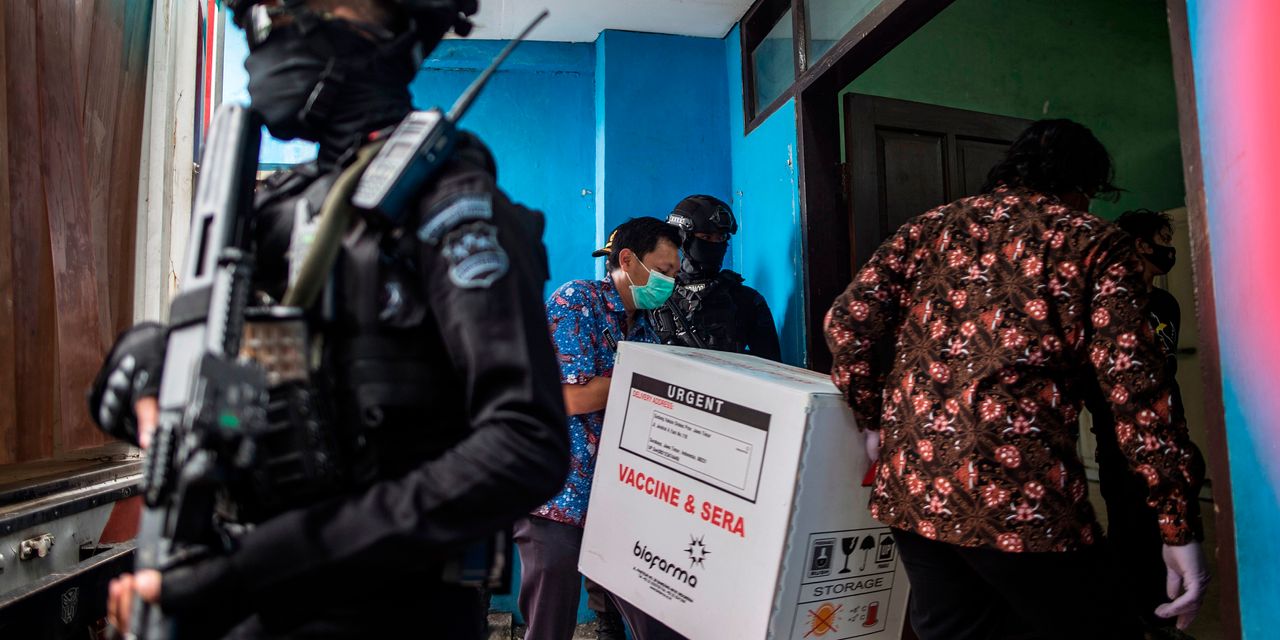