Purdue football announced it hired Brad Lambert as co-defensive coordinator and linebackers coach on Jan. 22, a month after it fired Bob Diaco from the position after one season with the Boilermakers.

The announcement is part of a defensive overhaul the team is undertaking — the team has hired three new defensive position coaches alongside Lambert. After the first practice of spring camp, head coach Jeff Brohm also said he will take a more active role in the defense.

Lambert’s base salary is set at $500,000 per year, according to his contract, a $125,000 decrease from the base salary for Diaco reported by the Journal and Courier. This decrease is likely due to the department’s budgetary shortfalls that resulted from COVID-19.

His contract also includes “offset” language. If a school fires a given coach “without cause” typically for not winning enough, it must pay that coach the money left over on his or her contract. This is known as “buying out” the coach.

Offset language says that a fired coach must seek new employment, and his new salary deducts from the buyout from his previous school. The language is common in contract law, as it’s designed to help a school “offset” its losses if it chooses to break the terms of the coach’s contract. Lambert’s contract includes this language, as does Brohm’s.

The issue came into national prominence this season after several high-profile head coaches, including Auburn’s Gus Malzahn, were fired with multi-million dollar buyouts, but without offset language in their contracts. In Malzahn’s case, Auburn owed him about $21 million in addition to whatever money Central Florida has recently agreed to pay him, according to national reporting.

He helped lead the Thundering Herd to a 7-3 season in 2020, a Conference USA division title and championship runner-up, and an AP Poll rank as high as No. 15, an unprecedented achievement for the program. His defense led the Football Bowl Subdivision in fewest points allowed per game at 13 — for comparison, Purdue allowed 29.8 points per game last season under Diaco.

“We’re very happy to have Brad join us,” Brohm said in a statement after the hiring. “He is a veteran coach that has a long track record of working with some of the top defenses throughout his career. I look forward to our team getting to work with him.”

He is the third-straight defensive coordinator to jump from Conference USA to Purdue. Diaco came after one season at Louisiana Tech, and Nick Holt came to Purdue with Jeff Brohm and offensive coordinator Brian Brohm from Western Kentucky before the 2017 season.

Lambert’s bonus structure is less complex than Jeff Brohm’s, as detailed in previous Exponent reporting, and mainly rests on the team’s on-field and in-classroom performance. Each bonus is calculated as a percentage of his base salary, as opposed to the “performance bonus base” set in Jeff Brohm’s contract.

On the field, Lambert’s bonuses range from 20% of his base salary ($100k) if Purdue makes the College Football Playoff to 5% ($25k) if the team makes a bowl game after a six-win season.

In addition, he can earn 3% ($15k) if the team falls within its target Cumulative GPA range — a value set by the athletic director before the school year — and 6% if the team exceeds it. A clause in this section stipulates that he cannot earn the CGPA bonuses for the 2020-21 academic year.

These bonuses are all non-stacking, meaning he can earn only the bonus which corresponds to the team’s highest level of achievement.

It’s likely too early to tell what Purdue can expect from Lambert. Spring camp has just started, Purdue’s defensive coaches and players are still getting to know each other and fans won’t get a chance to see their progress until September.

But there is a metric that may be illustrative.

Twitter user @statsowar — real name Parker Fleming — gained fame last season for his charting of Expected Points Added per Play, or EPA/play, on offense and defense. It’s a metric that measures offensive and defensive efficiency weighted by field position and distance to gain, averaged over the number of plays each unit sees per game.

Through the end of the 2020 season, Marshall’s defense had averaged .17 EPA/play, the fifth-best mark in the country and better than every CFP team except for Clemson. Purdue’s defense joined Maryland, LSU and Auburn at -.07 EPA/play.

If Lambert can lead the defense to approach the efficiency he saw at Marshall with Big Ten talent and resources, he will have earned every cent Purdue has promised him.

Mon Mar 1 , 2021
New Jersey minors caught with weed or booze won’t have to worry about getting grounded by mom and dad — as a new law legalizing marijuana bars police from telling parents if their kids were caught, and apparently extends to alcohol. Gov. Phil Murphy signed a package of bills on […] 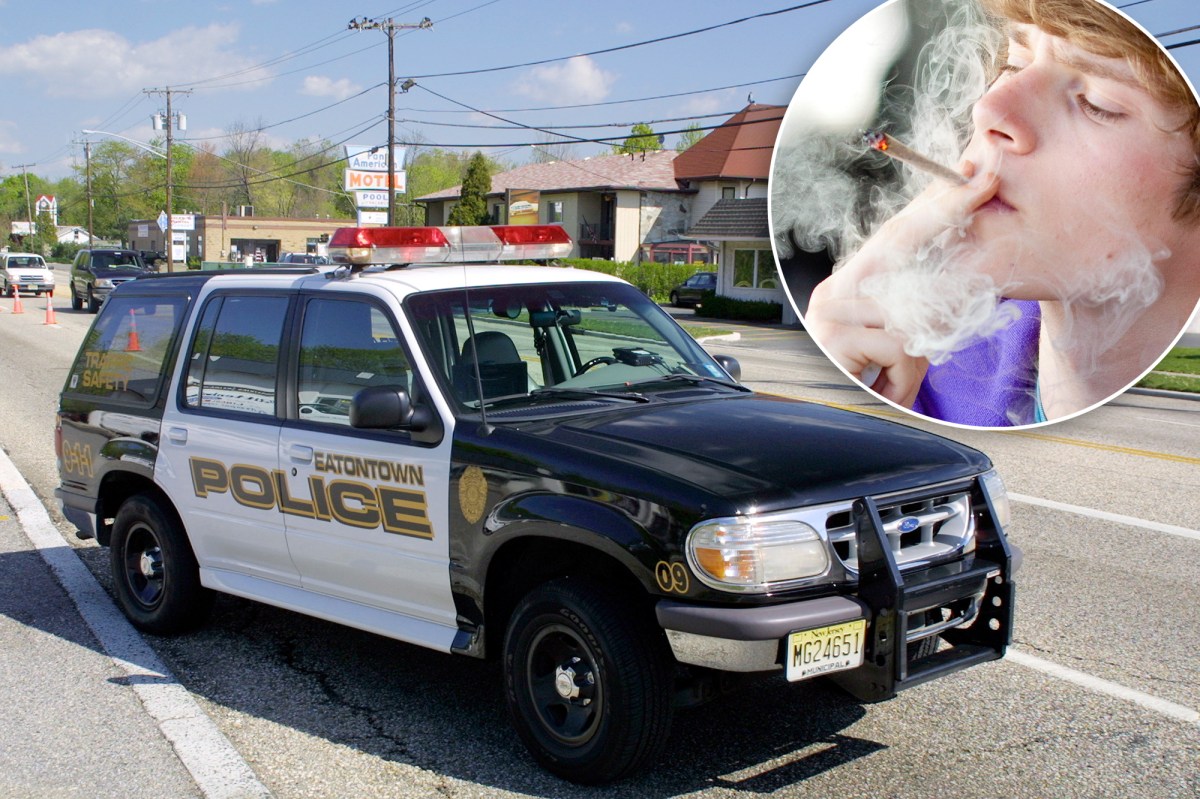