The U.S. Postal Service has awarded a 10-year contract to the firm Oshkosh Defense to build up to 165,000 new vehicles, potentially replacing almost the entire decades-old fleet.

The contract will be worth at least $482 million as Oshkosh will custom build an initial order of 50,000 right-hand-drive vehicles for USPS. The Postal Service’s “next generation delivery vehicle” (NGDV) search has lasted several years and gone through multiple delays, though its aging fleet and reports of trucks catching fire have given the process urgency. USPS owns more than 200,000 vehicles, most of which are categorized as “long-life” and have been on the road for an average of 25 years.

The new vehicles are not expected to hit the road until 2023, Postal Service officials said, and much of the initial investment will go toward testing and building out a manufacturing facility for final assembly. Some of the vehicles will be entirely electric and powered by batteries, while others will have fuel-efficient internal combustion engines. Due to the evolving nature of electric vehicles, USPS said those trucks would be capable of retrofitting to keep pace with new technological developments. The agency expects to spend billions of dollars on new vehicles over the next 10 years, both on the custom delivery trucks and commercial off-the-shelf options.

The initial contract is indefinite delivery, indefinite quantity, meaning USPS could order more vehicles from Oshkosh as it sees fit over the next 10 years. The agency may task the firm with building up to 165,000 vehicles.

Postmaster General Louis DeJoy has for months teased a 10-year business plan, which is expected in the coming days or weeks. In addition to slower mail delivery and requests for more autonomy in rate setting and legislative changes, he has said fleet and other modernization efforts would be a part of that plan. DeJoy has said those efforts will require significant investment. USPS recently received a $10 billion cash infusion as part of the last COVID-19 relief package President Trump signed into law.

“The NGDV program expands our capacity for handling more package volume and supports our carriers with cleaner and more efficient technologies, more amenities, and greater comfort and security as they deliver every day on behalf of the American people,” DeJoy said.

USPS highlighted the increased cargo capacity of the new vehicles, an important point of emphasis as the agency continues to see increasing share of its revenue come from package delivery. It also boasted the vehicles will have 360-degree cameras, collision avoidance, automatic braking and other technologies. Postal officials said on Tuesday the agency will begin holding training sessions with letter carriers next month to familiarize them with their forthcoming vehicles.

USPS first issued a request for proposals for its next-generation delivery fleet in early 2015. It had at that point spent years discussing the need to replace its fleet, but said it did not have the funds as it lost billions of dollars annually. The Government Accountability Office first suggested USPS address is aging fleet a decade ago, though it noted at the time the agency did not have the necessary cash on hand to do so. The Postal Service began leasing more of its vehicles in 2013, but in 2016 awarded contracts to six companies to build delivery vehicle prototypes. After testing those models, USPS delayed its selection.

The search for a new vendor has focused on fuel efficiency, as the existing long-term vehicles average just 10 miles per gallon. USPS previously narrowed the candidates for its fleet replacement contract to three finalists: Karsan and Morgan Olsen, a Turkish and American company that teamed up for its bid; Oshkosh, which initially partnered with Ford on its bid; and Workforce, an electric vehicle startup. Just days after taking office, President Biden signed a directive for the federal government to shift its fleet toward domestically manufactured zero-emission vehicles. Biden suggested the entire federal fleet would be replaced with electric vehicles.

Oshkosh has a long history of working with the Defense Department to custom build vehicles for the military. While two years away from beginning manufacturing, the company said it has already planned some parts of its process.

“Our century-long history of delivering products to customers, operating in some of the most demanding and severe conditions on the planet, uniquely positions us to bring exceptional reliability, safety, and maintainability to USPS’s Next Generation Delivery Vehicles,” said John Bryant, president of Oshkosh Defense. “Partnering with trusted suppliers, we have developed a purpose-built solution to support the current and future needs of the USPS.”

Tue Feb 23 , 2021
“This legislation will establish an industry that brings equity and economic opportunity to our communities, while establishing minimum standards for safe products and allowing law enforcement to focus their resources on real public safety matters,” Murphy, a Democrat, said in a news release, thanking legislative and community partners for their […] 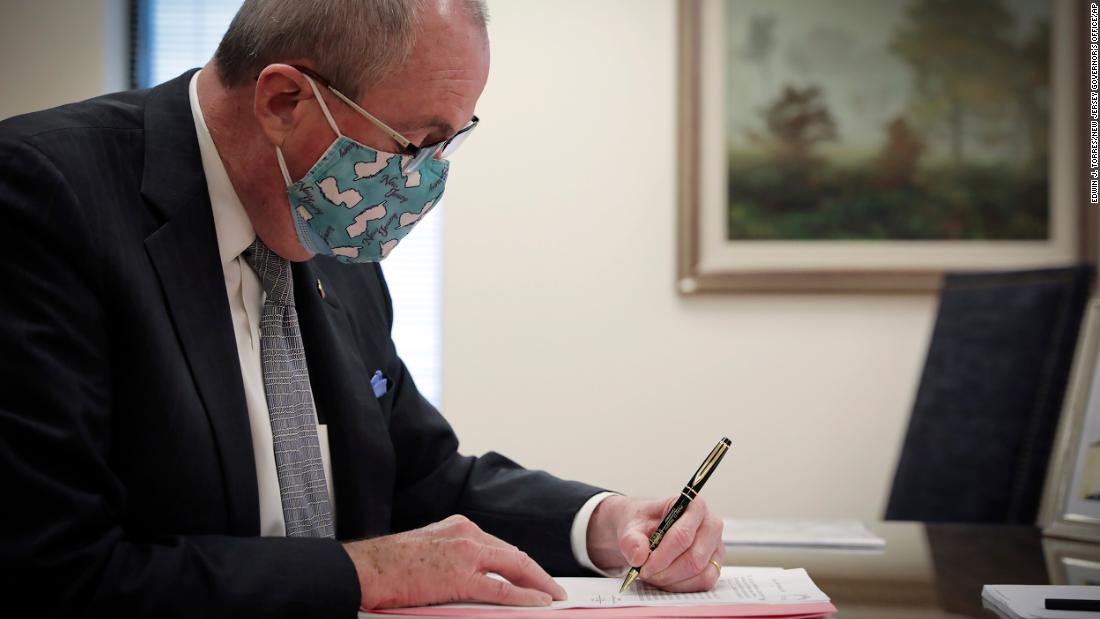