COVINGTON, Ga. — Newton County officials said Friday they have a “strong partnership” with their law firm despite the Board of Commissioners adjourning a recent meeting because no attorney attended.

The county “appreciates the legal advice and guidance” Jarrard & Davis has provided “since the relationship commenced more than five years ago” in which the law firm works on a contract basis for the government, a news release stated.

“No matter what direction Newton County chooses for its legal representation, be it to remain with Jarrard & Davis or transition to an in-house model, we will support Newton County in all they do,” Jarrard said.

The public clarification of their relationship followed an apparent miscommunication between County Attorney Megan Martin and County Manager Lloyd Kerr which led to no attorney from the firm being present for the Tuesday, Sept. 7, meeting.

In a related action at the same meeting, commissioners voted 3-2 to add to the agenda a plan to reopen the application process to additional candidates for a new in-house attorney position to replace the law firm.

Commissioner Demond Mason said he discussed his desire for additional applicants during an Aug. 24 executive session meeting and wanted it included with Commissioner J.C. Henderson’s motion at the same meeting that offered Martin a six-month contract to work as the new in-house county attorney.

Mason said he wanted the county to continue to receive applications even during the six-month period in which the new attorney was working.

However, when Henderson made the motion Aug. 24 he did not include Mason’s request.

Mason said an amendment to the motion that contained his request would clarify it. Henderson said he believed Mason’s request could be added to the original motion because the commission had not voted on approving the official minutes of the Aug. 24 meeting.

Commissioner Ronnie Cowan said he did not recall Mason “specifically” saying anything Aug. 24 about including his request with Henderson’s motion.

“I’d like to have an executive session to review the record so we can see what was actually said,” Cowan said. “It may have been but I don’t recall it right now.”

Chairman Marcello Banes noted the amendment dealt with a personnel matter which required the board to agree to go into an executive session.

It passed with Henderson, Mason and Alana Sanders voting for it and Cowan and Stan Edwards voting against it.

The request apparently will be considered when the Board of Commissioners takes up the remainder of its Sept. 7 agenda — either as an addition to a scheduled Tuesday, Sept. 14, work session meeting or in addition to its Sept. 21 regular meeting.

The work session Tuesday at 6 p.m. at the Historic Courthouse was set to consider long-awaited action on changes to the 2020 Unified Development Ordinance.

Sat Sep 11 , 2021
Friday, September 10, 2021 During a press conference Thursday afternoon, President Biden announced a broad plan that will include as-yet undefined guidance to require federal contractors to “provide adequate COVID-19 safeguards to their workers performing on or in connection with a Federal Government contract or contract-like instrument.”  While the President’s remarks and […] 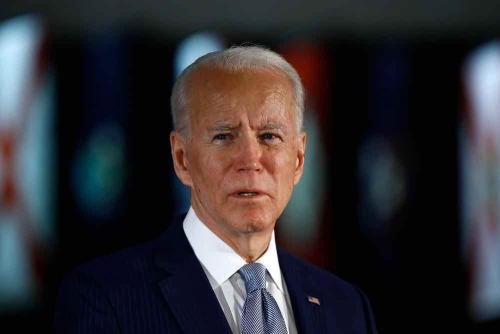