Professor Neil Kinkopf didn’t sleep much the night before testifying before the Senate Judiciary Committee—not because he wasn’t prepared, but because he knew what was at stake. As someone who has studied statutory law and presidential power for more than 20 years, Kinkopf understands the importance of maintaining a system of checks and balances. This is why he was deeply troubled by soon-to-be Attorney General William Barr’s belief in mostly unbridled executive power.

“Just a few months before I appeared before Congress, then-Judge Brett Kavanaugh and Dr. Christine Blasey Ford sat in that very same spot,” Kinkopf says. “It was one of the most contested Supreme Court appointments in modern history. It was eerie, like a ghost was in the air.”

For Kinkopf, it’s beyond party politics. He’d testified before the House Rules Committee, and on three previous occasions before the House Judiciary Committee, most recently  about the legalities and oversight of the Judgment Fund. The purpose of the fund is to pay court judgments and Justice Department compromise settlements of actual or imminent lawsuits against the government. At the time, President Obama was accused of abusing the funds to create programs to benefit political allies.

His scholarship and expertise are rooted in a love of freedom and democracy.

Kinkopf says for as long as he can remember he wanted to be a lawyer. His father became an attorney, having attended law school in the part-time program at Cleveland State University, when Kinkopf was in second grade. His brother, Dave, is also an attorney.

“Aside from my dad, my other hero growing up was Abraham Lincoln, so I was always interested in presidents, government and how government could work to make people’s lives better. I was always on that public law track,” Kinkopf says.

After earning his bachelor’s degrees in economics and political science from Boston College, and law degree from Case Western Reserve University, Kinkopf clerked for sixth circuit court of appeals, where he really dove in and learned to read judicial opinions. Then, a former professor recommended him to work on a fledgling political campaign for the governor of Arkansas. Little did he know, working as a domestic policy specialist on the Clinton-Gore presidential campaign and presidential transition team would catapult his career in federal government.

He went on to work in the U.S. Attorney General’s office preparing nominees for their confirmation hearings. Then, he transitioned to the Department of Justice Office of Legal Counsel, which gives constitutional and other legal advice to the president and other government officials before they act. The work was fulfilling, but Kinkopf felt a strong desire to share his knowledge with the next generation.

“I loved law school,” Kinkopf says. “When I was there, I developed an interest in teaching. Then, having worked at the office of legal counsel, I worked with a lot of law professors who were on leave. It made me want to go back.”

He returned to Case Western and taught there and at Duke University until 1999 when he came to Georgia State College of Law. Throughout his career in academia, Kinkopf has taught Civil Procedure, Criminal Law, Constitutional Law and Legislation. He’s currently working on articles for Washington Monthly about reforming the Justice Department post-Trump – one of his key recommendations is coming up with a credible method to investigate wrongdoing by any administration that combines attributes of special counsel and independent counsel models.

His goal in all of his classes and research is to teach students to think critically and invest in the future of American democracy. He views his scholarship, and moments such as testifying before Congress, as leading by example. 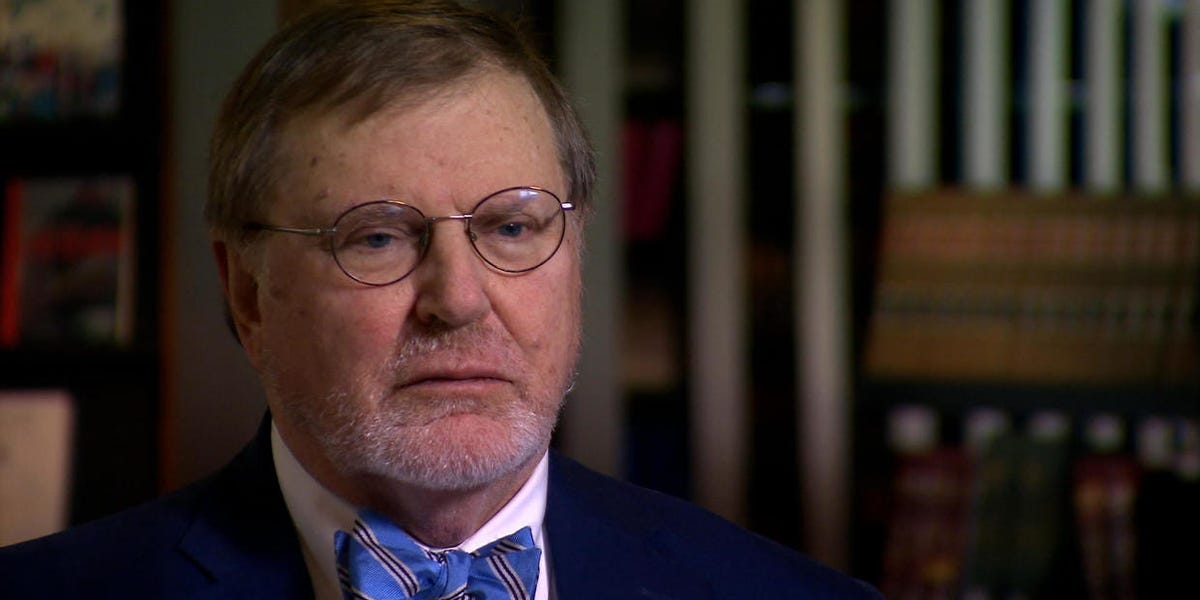