The new scholarship program is in part named after the late Constance Baker Motley, seen here in 2004, who was the first Black woman federal judge. 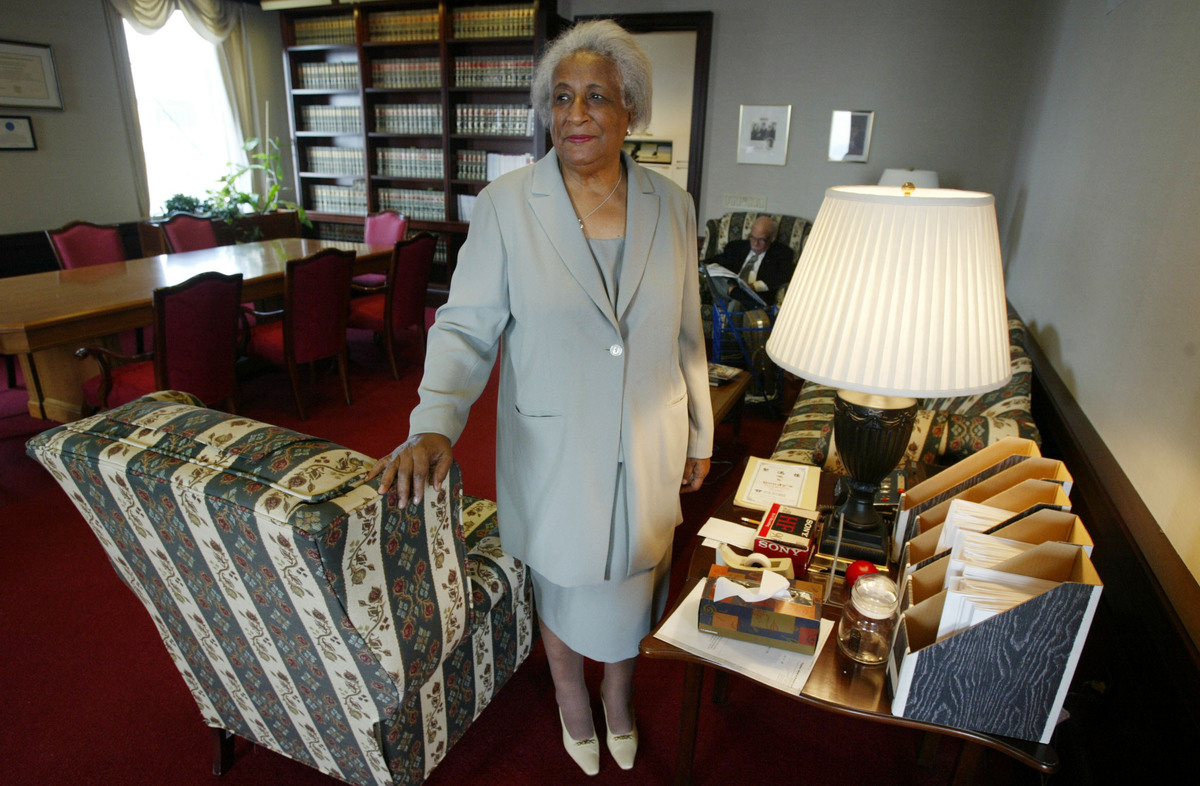 The new scholarship program is in part named after the late Constance Baker Motley, seen here in 2004, who was the first Black woman federal judge.

The NAACP Legal Defense and Educational Fund is launching a scholarship program designed to produce a new team of civil rights advocates working for racial justice in the South.

Unveiled on Monday — Martin Luther King Jr. Day — the program will offer free tuition and room and board, a commitment intended to remove barriers for students deterred by the steep costs of law school.

Once their program ends, the Marshall-Motley Scholars — named after a pair of the LDF’s most preeminent alumni, the late Supreme Court Justice Thurgood Marshall and the first Black woman federal judge, Constance Baker Motley — will commit to working on civil rights law in the South for at least eight years.

“At this moment, the South is a place of tremendous activism, it’s a place of political transformation, and it is a region that is in need of a strengthened core of civil rights attorneys,” LDF President Sherrilyn Ifill said. “There are courageous, amazing civil rights attorneys doing incredible work in the South at this moment and we want to make sure that core strength is going forward in the future.”

Ultimately, their work could focus on voting rights; addressing injustice in the criminal justice system; housing and educational disparities; and other cases that emerge from the region.

The new program carries echoes of LDF scholarships and fellowships dating to the 1960s and ’70s, which provided financial support and paid for expensive law books, that helped start some of the first Black and interracial law firms in the South.

“This program really feels like it picks up that historical thread,” Ifill added.

Jino Ray, who will direct the scholars program, said it will support 10 incoming students for the next five years, through law school, summer internships, a two-year fellowship program and special training sessions.

“The goal here is to leave nothing to chance related to their ability to pay for law school, focus on their education and focus on getting the highest level of training possible so they can spend the time in the field once they get down to the South actually doing the work they’re passionate about, and that’s serving the community,” Ray said.

The American Bar Association has found the cost of law school has risen 175% since 1985, and pressure from student loans can disproportionately lead Black lawyers to take unwanted career paths, the LDF said.

Joel Motley, the son of the late judge after whom the program is named, said now is the time to build the next generation of civil rights lawyers.

“As deeply concerning recent events have made clear, there is much work to be done to ensure equal rights for Black Americans,” Motley said.

What are the legalities of running a business from home?

Tue Jan 19 , 2021
There are so many elements impacting on the ‘where’ of work today. Among them are consideration such as: the pandemic forcing companies to embrace work-from-home for employees; advances and proliferation of technology-based platforms for collaboration; ease of fibre-based connectivity; costs of office space and relative maintenance and utility bills; uncertainties […]