(Reuters) – A federal judge in Memphis, Tennessee, has denied the Tennessee Valley Authority’s (TVA) bid to dismiss a lawsuit in which conservation groups allege some of the corporation’s long-term contracts illegally restrain local power companies that purchase its electricity from switching to competitors.

In a Thursday ruling, U.S. District Judge Thomas Parker said that the lawsuit accusing the TVA of violating the TVA Act of 1933, the statute that governs the U.S.-owned power utility, can proceed. The complaint by Memphis-based Protect Our Aquifer and others alleges TVA has violated the statute by offering contracts that since 2019 require providing a 20-year notice to exit them, compared to seven years on average previously, and that automatically renew each year.

TVA spokesperson Scott Brooks said: “We are prepared to present our case in court.”

Attorneys at the Southern Environmental Law Center, who represent the plaintiffs, did not immediately provide a comment.

In the complaint filed last year, the plaintiffs said that the contracts, which they dubbed “never-ending,” violate the TVA Act’s prohibition against sales contracts whose terms exceed 20 years.

The groups say the contracts keep TVA’s customers captive of the corporation, which they say overly relies on fossil fuels, with the effect of slowing a transition to renewable energy while in parallel emitting greenhouse gas emissions.

About 140 of TVA’s customers have signed the contracts, the ruling says, out of more than 150 local power companies TVA serves.

TVA generates 28% of its power with gas and 15% with coal, it says. Most of its electricity generation, 57%, comes from nuclear sources, the company says.

In his ruling, Parker disagreed with TVA’s argument that the contracts are not judicially reviewable because Congress, through the TVA Act, gave it the discretion to make its own rates, which the utility says include the length of its contracts.

The judge said that while he recognized TVA’s “broad authority” to set rates, Congress’ directive that its contracts cannot exceed 20 years is sufficiently “clear” to allow the court’s review.

Memphis Light Gas & Water, a large public utility, studied in 2019 the possibility of leaving the TVA, according to the Chattanooga Times Free Press. The plaintiffs say it prompted the TVA to introduce its new long-term contract.

TVA said in May that it plans to retire its remaining four coal power plants by 2035.

The case is Protect Our Aquifer et al v. Tennessee Valley Authority, U.S. District Court for the Western District of Tennessee, No. 2:20-cv-02615.

Prosecutors in East Africa set their sights on wildlife criminals 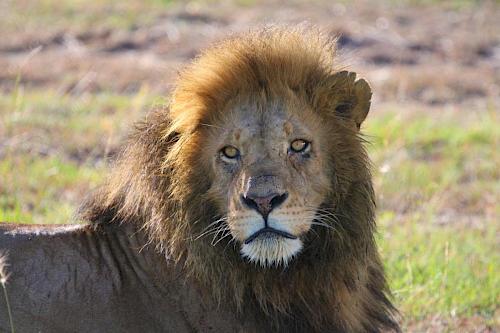