A family with deep legal roots in Nevada is rallying around a judge accused of improprieties on the bench, with one calling for disbarment of the attorney who challenged her.

He filed a complaint with the Nevada State Bar against Michael McAvoyAmaya, who represents a Las Vegas man appealing his felony convictions and decadeslong prison sentence.

“Mr. Mcavoyamaya has shown that he is a liar who is willing to say just about anything without any proof, has no moral character, is clueless and is obviously not mentally fit to practice law,” Andrew Leavitt wrote to the bar in December. It was his third pleading, including his initial complaint two months prior.

On Tuesday, court records showed that Marlon Brown’s case would be moved to a venue outside Las Vegas, which McAvoyAmaya said he considered a win for the 38-year-old former Marine, who is serving time in prison for kidnapping and other charges.

But Andrew Leavitt said McAvoyAmaya’s continued barrage of allegations against the judge, including that her daughter had ties to the defendant, painted her into a corner.

“You can only go far with all these outrageous allegations before a judge is forced to recuse,” Andrew Leavitt said. “There becomes a point where you just can’t be impartial anymore. (McAvoyAmaya) just makes up lies. How is she supposed to give (Brown) a fair shake, after he says all of this?”

McAvoyAmaya, who attended Boyd Law School with the judge’s nephew and has been licensed to practice law in Nevada since 2016, said he harbored no animosity against the Leavitts.

“I got nothing against them,” the attorney told the Las Vegas Review-Journal. “I got nothing against Judge Leavitt, either. But what happened in this case is wrong. Just because they are powerful people and wealthy people doesn’t mean they should be exempt from the rules and be allowed to do whatever they want.”

The Leavitts’ father, Myron Leavitt, a native of Las Vegas, served as lieutenant governor from 1979 to 1983. He was a district judge and a state Supreme Court justice, and he also worked as a Clark County commissioner, a Las Vegas city councilman and a sports editor for the Review-Journal.

He raised 11 children, and five of them became Nevada lawyers, while some married attorneys.

In 2018, Michelle Leavitt oversaw Brown’s trial on battery and kidnapping charges for shooting his ex-girlfriend in the leg. She ordered him to serve up to 45 years behind bars.

McAvoyAmaya said Brown was suffering from post-traumatic stress disorder at the time of the attack and wanted a jury to consider whether Brown was not guilty by reason of insanity.

But before jurors began deliberating the case, Leavitt pulled that choice from the verdict form. After Brown’s sentencing, the judge ordered key documents in his case sealed to block unspecified “personal identifying information.”

Andrew Leavitt said Brown’s latest petition, which includes more than a thousand of pages of argument and exhibits filed by McAvoyAmaya, should be denied once a judge outside Las Vegas hears the allegations.

“His sole and only motivation is to do whatever he can to embarrass and publicly humiliate a fourth generation Native Nevadan, state wide respected jurist who has dedicated her adult life to be a public servant,” Andrew Leavitt wrote. “Attorney Mcavoyamaya is a complete embarrassment to the Nevada State Bar.”

McAvoyAmaya included the complaint with the documents filed in Brown’s case.

‘He made it personal’

Before Brown was sent to prison, he owned a now-closed clothing store that another judge, Las Vegas Justice of the Peace Melanie Tobiasson, has said was a front for an unlicensed club where teens drank, used drugs and engaged in prostitution.

In July 2019, when another attorney first lodged attacks on the judge in Brown’s post-conviction appeal, a group of seven attorneys, including four Leavitts, called accusations that her daughter was involved with a Las Vegas pimp who knew Brown “blatantly false and defamatory.”

The state’s Supreme Court agreed, and the appeal was denied.

McAvoyAmaya picked up the petition, continued with the same accusations “and expands on them and makes all this worse,” Andrew Leavitt said, adding that none of the allegations about the judge’s daughter was raised before or during Brown’s trial.

Leavitt said that he wanted to defend his sister while she sat on the bench and that neither the judge nor his other family members asked him to file the bar complaint against McAvoyAmaya.

“They all would, of course, sign it and join it if I asked them to,” he said. “But there’s no reason. I got this.

“I would never do this to another attorney, ever. But he made it personal, and he came after our family, without any facts. He just made everything up. He’s a liar, and he needs to pay for all of these lies that he’s alleged, and I’m going to make sure he pays for them.”

McAvoyAmaya said Leavitt knew about Tobiasson’s allegations because her daughter had been physically attacked by people who frequented the establishment. In an affidavit, Michelle Leavitt wrote that “the two matters are not remotely similar and took place years apart.”

McAvoyAmaya has said Brown should get a new trial.

Sun Mar 14 , 2021
A Brooklyn homeowner unable to evict an allegedly deadbeat tenant because of new state housing laws claims she has been forced to live in her car for weeks. Shawna Eccles, 30, says in court papers she sleeps on the couches of friends and relatives whenever she can, and in her four-door Toyota […] 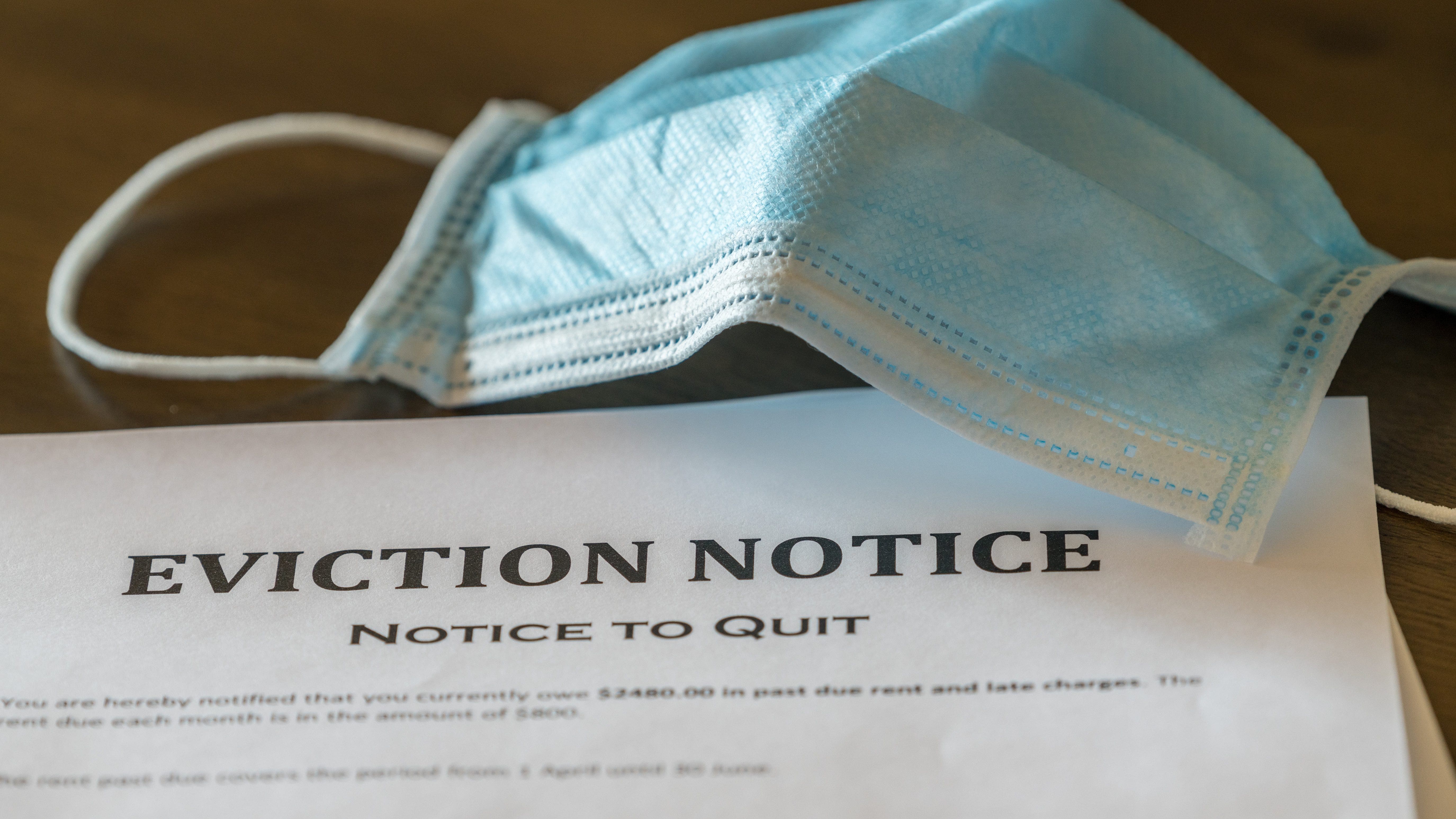